Watch: Solving the Puzzle of the Periodic Table 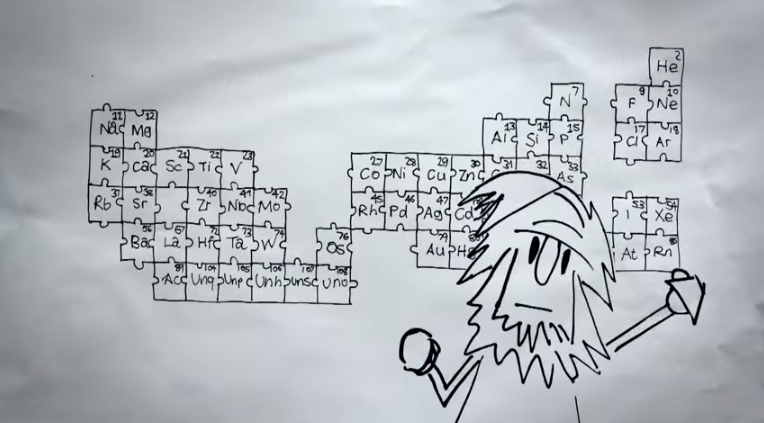 Would it surprise you to know that the periodic table, as we know it, isn’t the first table of elements? That even the order of the elements has changed from its original structure? Like many other things in life, the periodic table was not always as stable as it is today. In fact, we once believed that all things in the universe were made from just four “elements”–Earth, Fire, Water, and Air.

Modern society may have a more advanced understanding. But to philosophers like Plato and Aristotle (who lived around 300 BCE), the world (and everything in it) was believed to spring from these four things.

These days we have an abundance of elements. If a new element is discovered, it is generally the result of physicists smashing atoms together to see what happens i.e., a new element is only likely to be discovered in a particle accelerator. However, in the time shortly after Plato and Aristotle, in the early days of science, it wasn’t physicists discovering elements. In fact, this period in history was a time before the term “chemists” even existed. That’s right, to understand the periodic table, we need to go all the way back to the age of alchemists, people desperately attempting to create gold!

Learn about the history of the periodic table: