What Snake Venom Does To Your Blood (Video) 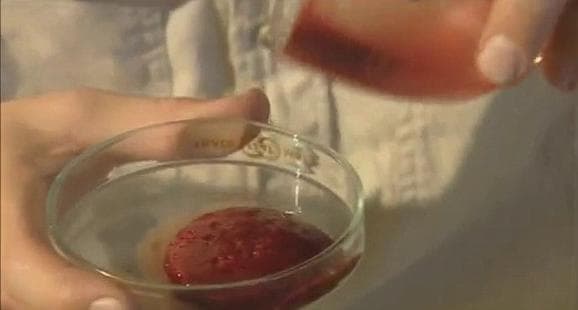 If you are ever bitten by a snake, it is terribly important that you get to a hospital quickly in order to receive an antivenom. Depending on the snake, it could mean the difference between life and death. The below video reveals why. Here, a small dish of blood goes from healthy to horrible in a matter of moments. The video shows a single drop of venom (from a Russell's viper) is dripped into blood, and in seconds the blood clots into a thick chunk of solid matter. Trust me, you don't want that hunk of mess floating through your body.

Unsurprisingly, the most venomous snake is Australia's inland taipan. However, they aren't generally considered the deadliest snake. This is because the toxicity of the venom does not necessarily correlate with the how often the organism bites humans. Rather, evolutionary behavior and habitat both play a large role in how often bites occur. Moreover, a snake can be very venomous, but have a poor delivery method (the venom might enter the muscle instead of the blood stream). Consequently, experts typically asserts that the black mamba and coastal taipan are the most dangerous snake species.

Both of these bites are nearly always fatal if an antivenom is not administered. Indeed, the mortality rate is nearly 100% if left untreated, and death can occur in under 30 minutes with the tipan (though 3 hours is more typical). Even with treatment, a 4% morality rate can only be achieved if mechanical ventilation is utilized, as the antivenom generally does not prevent paralysis. With the black mamba the death rate is 14%even with antivenom therapy.

Ultimately, venom is so deadly because it can often contain thousands of different proteins and enzymes and each of these has a specific function. I sounds awfully impressive, but it's not too surprising once you consider than snakes have had some 100 million years to evolve and develop sophisticated predation techniques.