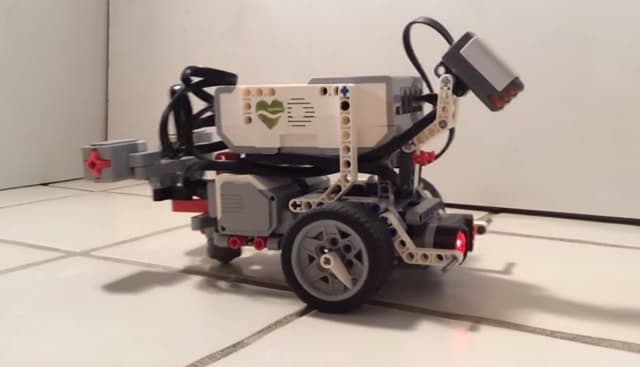 When looking at the most complex machine known to man, the brain, in the end, it's nothing more than a collection of electrical signals. This means that, if we can accurately catalog those signals, then we can implant them into something else. Perhaps another person, transferring memories, dreams, and everything else that makes you, well, you. Along these same lines, you could upload the signals into a machine, turning the computer into a synthetic version of life.

And now, researchers have managed to do this with the roundworm Caenorhabditis elegans. Researchers from the OpenWorm project have successfully mapped all the connections between the worm’s 302 neurons and managed to simulate them in software (a little robot). The roundworm brain has just 1000 cells, of which only 302 are neurons and 7,000 connections or synapses. If you are wondering, the human brain has an estimated 86 billion neurons. So trying this on humans is a long, long way off.

True, this might seem like a strange feat (and it is), but such experiments help us work toward accomplishing this with more complex organisms—so perhaps someday Doctor Who's K-9 will be possible. And more importantly, this research is helping us better understand how brains work on the whole, which could lead to more effective treatment, or maybe even a cure, for diseases such as Alzheimer’s.

The information that scientists have gathered over the last few decades has allowed scientists to create what is called a "connectome" for the worm. A connectome is a detailed map that shows how a animal is structured cell by cell. Now that information has been, in part, recreated digitally,

The researchers do note that this is just a first, baby-step. The brain simulation still isn’t 100% exact, as the researchers had to simplify the process that triggers an artificial neuron to fire (that's right, we still can't fully replicate even a roundworm's brain). But as previously mentioned, it is a notable first step.

“Because we believe brain research must accelerate, we are taking matters into our own hands. If we cannot build a computer model of a worm, the most studied organism in all of biology, we don’t stand a chance to understand something as complex as the human brain. We must crawl before we can walk!” OpenWorm explains on their website.

The ultimate goal of the project is to completely replicate the roundworm and make it into a fully virtual organism; however, at the present juncture, they’ve only managed to simulate its brain, and they’ve now uploaded that into a simple Lego robot. The below video of the Lego-worm-robot was released by Timothy Busbice, a founder of OpenWorm