Watch: How an Abused Robot was Trained to Run from Children 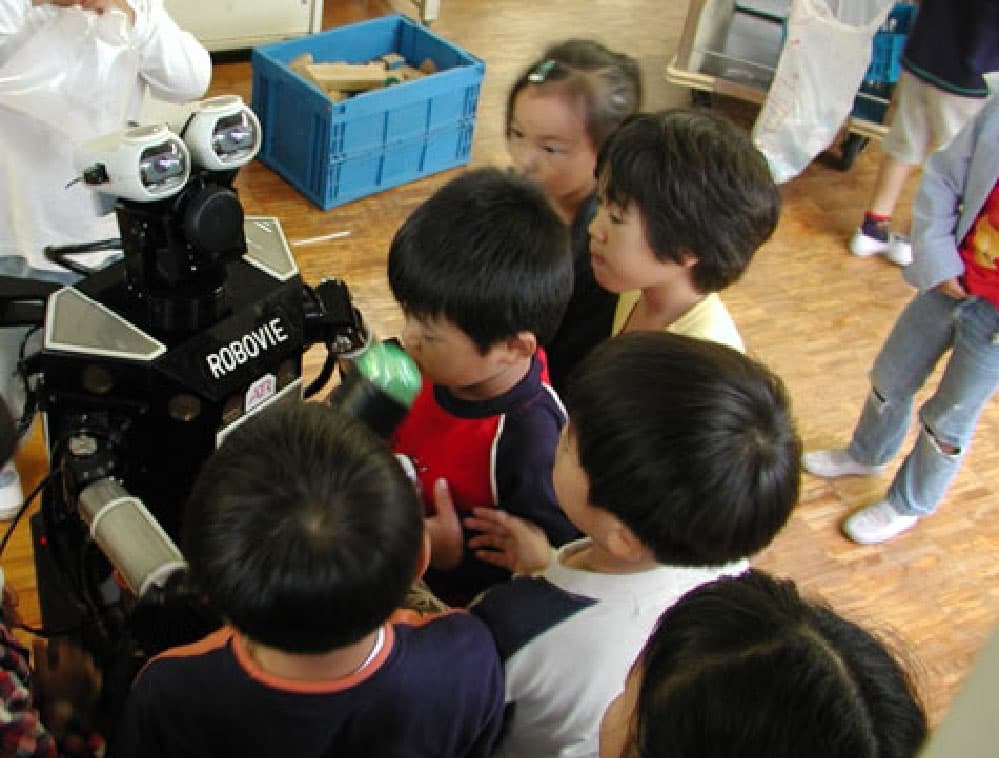 Everyone loves robots, right? Well, maybe everyone. Little kids, apparently, love to taunt and try to beat the crap out of robots. Fortunately, a team of scientists recently came together in order to come up with a way for robots to protect themselves and evade their abusers. The newly developed program also allows the robot to avoid a situation that may potentially put it at risk.

Meet Robovie 2. This little guy wanders around a mall in Osaka, Japan greeting customers; however, it seems to run into issues when it meets children.

The robot is programmed to ask those blocking its path step out of its way so that it can pass. Robovie's programmers assert that most adults respond to the request by stepping aside and allowing the robot to continue on its journey. Children, however, respond by linking hands and forming a ring around the robot so that it can't get through. Even when they aren't in roving bands, the robot still has issues with kids. They stretch out their arms to prevent it from moving, cover its eyes to block its sight, step out of the way and then quickly jump back in front of it—and that's just the start of Robovie's problems. Notably, these actions often escalate to hitting, kicking, and (as you can see in the video below) trying to snap the robot's head off.

However, the newly developed abuse-evading algorithm allows Robovie to get itself out of dangerous situations. In a study, the team found that, statistically, the robot was in danger if it was surrounded by children. So. All they needed to do is develop an algorithm that the robot could use in order to avoid children. But of course, Robovie can't exactly ask whether one identifies as a child or adult. As such, the robot was programmed to run away from people who are below a certain height (as these are presumably children) and escape in the direction of taller people (who are most likely adults and will, as a result, stop the children from being mean to the robot).

The system is set to scan for people who are less than 1.4 meters (4 feet 6 inches) in height, and the robot avoids these individuals. See the algorithm at work in the video below, and be sure to check out the study based on these interactions, "Why Do Children Abuse Robots?"