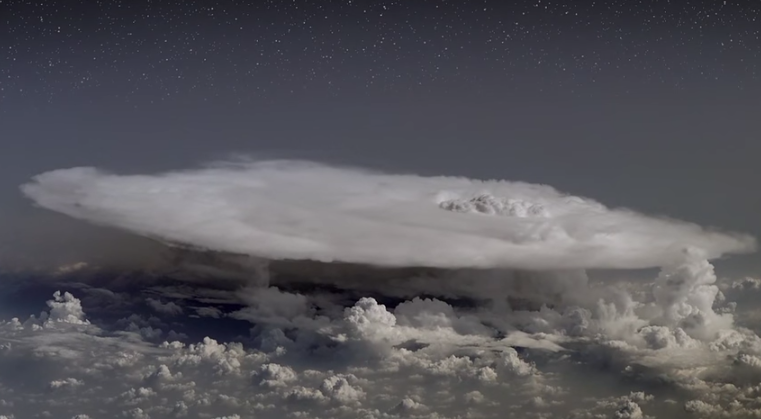 We all know the terrifying signs of a thunderstorm—the blinding lightning, thunderous rumbling, and the torrent of rain that soon follows (personally, I find these things far more awesome than frighting, but I digress). However, scientists have only just begun to understand another part of Earth's storms, a strange phenomenon that is known as "dark lightning."

As opposed to regular lightning, dark lightning is completely invisible to the human eye. And unsurprisingly,  most attempts to understand these mysterious events haven't turned out so well, because, like normal lightning, the bolts are fleeting, only lasting a few thousandths of a second.

That said, these events are believed to have a rather interesting effect on humans. Most commonly, humans are "hit" by dark lightning when flying through thunderstorms (though it is believed that such strikes are rather rare).

At 39,370 feet (12,000 meters), the radiation dose is equivalent to that of 10 chest X-rays. However, at 16,076 feet (4,900 meters)—the middle of storms—the dose is 10x stronger and equivalent to a full-body CT scan. In general, an encounter with one of these bursts will provide enough radiation deemed "safe" for human tolerance for one year.

Learn more about this phenomenon in the video below: