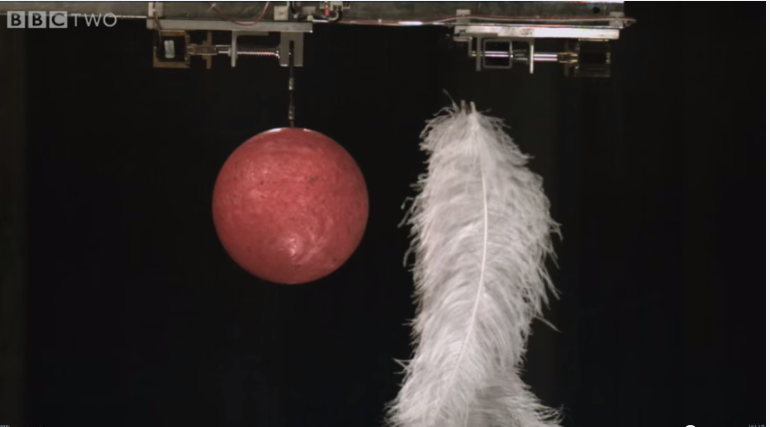 We all know that, in theory, objects fall at the same rate. It does not matter if it's an elephant or a pebble (or in this case, a feather or a bowling ball). If you release two objects from the same height with the same amount of force, they will hit the ground at the same time. However, this is "in theory." What happens when we actually test this?

Well, unfortunately, air resistance gets in the way.

Air resistance is also known as "drag," and it has to do with the way that an object is shaped. Because of the way that the feather is constructed, it has more air resistance to overcome. As a result, it takes a lot longer than the bowling ball to hit the ground. But what if you remove air from the equation?

Cox visited the NASA Space Power Facility in Ohio in order to see exactly how this works. The facility is the world’s largest vacuum chamber, measuring 98 feet (30.5 meters) by 121 feet (37.2 meters).

Also, be sure to see this awesome video of dropping a hammer and feather on the Moon.

WATCH NEXT: How Does Gravity Make Things Falls?