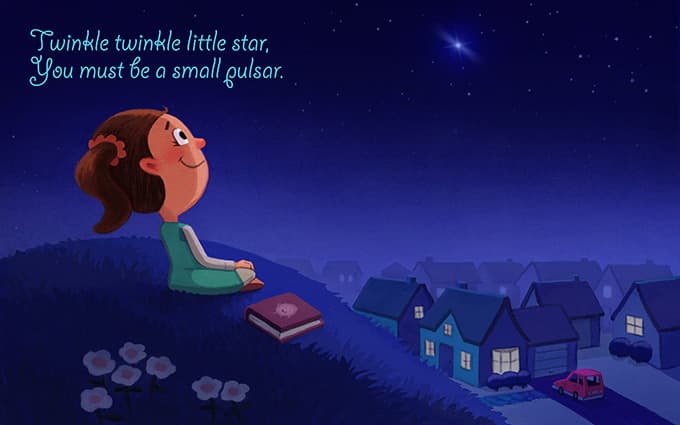 Most of us were sung lullabies and read fairy tales when we were children. Some of them were a tad horrifying, what with all the death and gore. For example, consider the wicked stepmother in Snow White being forced to dance herself to death in (virtually) molten iron shoes, or the Little Mermaid drowning herself at the end of the tale, or the supposed references to the Black Death in "Ring Around the Rosie" (if you weren't read the original versions of these tales as a child, but got the water-down modern versions, I strongly suggest that you look them up).

Other stories and lullabies didn't include rampant death, but were horrifying for other reasons: Their scientific inaccuracy. Okay, so maybe a few erroneous factoids doesn't make them horrifying. But still, it is always fun to have scientifically accurate renditions to juxtapose with the more fanciful versions. First, they are just fun. And second, they are a great way to get young people thinking and asking questions about science (for example, if you sing this, you'll probably have to explain what a pulsar is, which might require you to do a bit of your own research).

So take a stroll through this version of the kids classic. It covers why stars twinkle, what happens when they become supernovas, and even what black holes are.