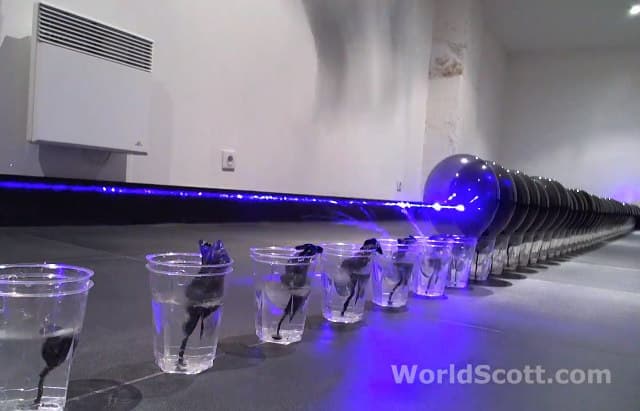 In the video below, the youtube user with the hat 'WorldScott' (real name Scott Stevenson) used some pretty basic tools to obliterate more than 100 balloons in mere seconds (7, to be specific). Did we mention he did it with a laser? They are highly effective balloon poppers when they are sufficiently powerful. Clearly, the violet pointer used in this video was (See what happens with a green beam here).

According to Stevenson, "The laser used in this video is custom made from an LED flashlight body and the laser diode from a 12X speed Blu-ray burner drive and not purchased in a store or online."

As a fun aside, some violet lasers are so powerful, they can even light matches.

Hat tip to PopSci for bringing the video to our attention.