Was our Solar System Once Home to a now-Rogue Planet? 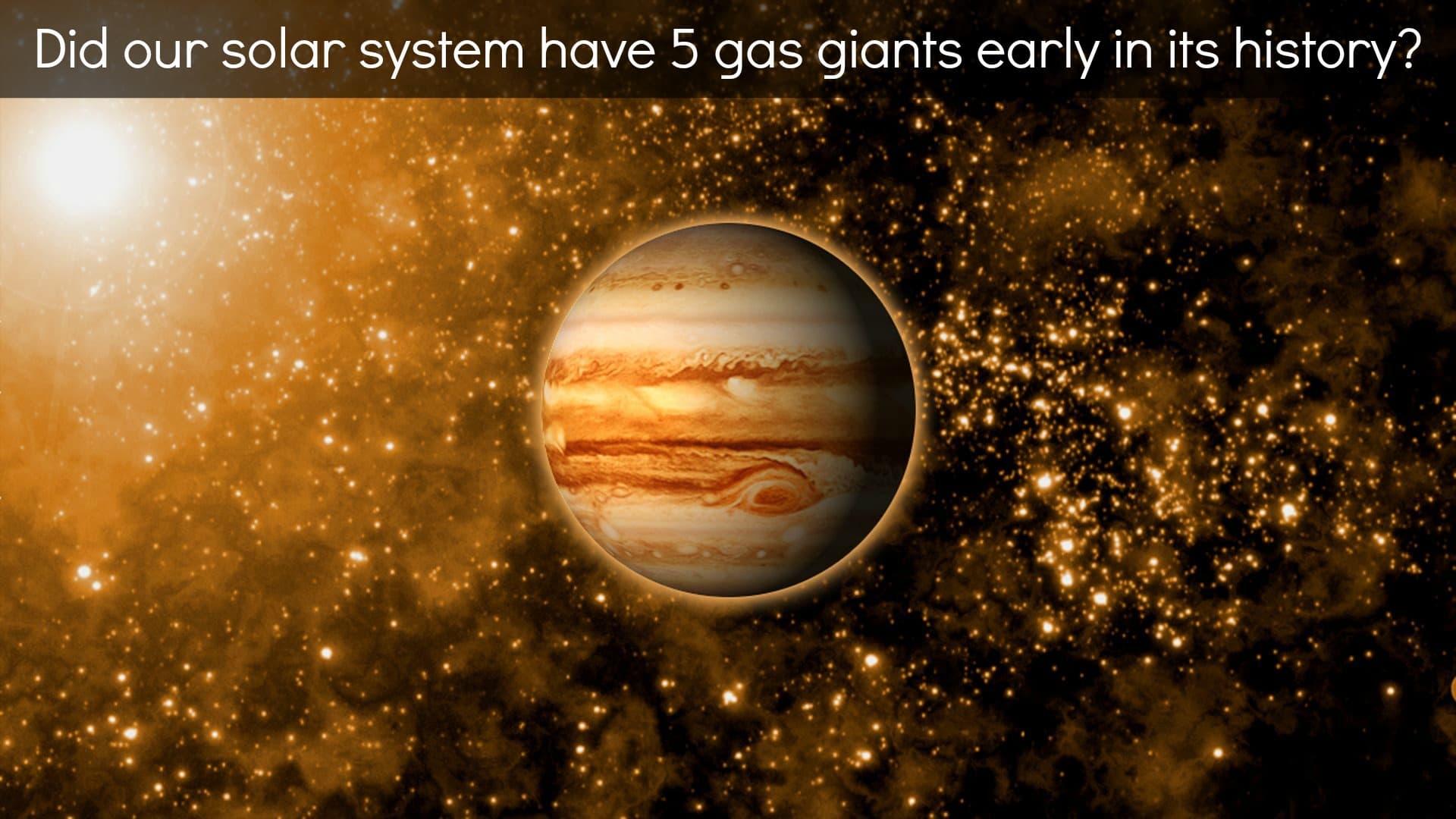 Astronomers know that it is not entirely unusual for planets to be ejected from planetary systems. In fact, some astronomers think one or more planets may have been kicked out of their home planetary system each time we see a hot-Jupiter exoplanets orbiting their parent start from an unusually close distance -- usually less than that separating Mercury and our sun. Our planetary formation theories suggest that the gaseous bodies likely formed much farther out than their rocky counterparts, but were somehow sent spiraling inward to the inner solar system, booting out the unfortunate planets that lie in their path. These rogue (or "free-floating") planets,  which are ejected from their respective planetary systems, live out the remainder of their life wandering alone throughout the interstellar medium,  directly orbiting the galaxy itself instead of a parent star. Could one of these orphan planets be a former member of our solar system? David Nesvorny, the leading proponent of the theory believes there is ample evidence to suggest this was the case.

Observations he, with other astronomers, have made about the population of small, rocky bodies in the Kuiper Belt, which lies beyond the orbit of Pluto, has aided in understanding the chaotic time that occurred when our solar system was just 600 million years old. This time, known as the late heavy bombardment period -- played a large role in shaping the orbit of each of the outer planets in our solar system. Any large perturbations in the orbits of the planets would shake up the Kuiper belt objects, sending forth large asteroids and comets to the inner solar system, where they would subsequently collide with the terrestrial planets and their moon(s).

There is a problem with our models of this mysterious period of time though, which left behind a plethora of evidence in the form of impact craters found on the Earth's natural satellite, Luna (the moon). Strangely enough though, our solar system seems to be the exception rather than the rule. All of the planets in our solar system are in wide orbits that are nearly circular in nature, which leaves no room for any planets or their natural satellites to collide with their neighboring planets. Other known planetary systems circling distant stars tend to have orbits that are steeply inclined to one another, whilst our planets are coplanar. This allows some of the Jupiter-sized planets to migrate inwards, while the other planets generally exist in highly elliptical orbits, which regularly take them too close to their parent star or too far away, causing the planets too freeze solid, thaw out and then boil, before the cycle begins all over again -- likely killing off any life before it had an opportunity to truly thrive.

Furthermore, any slow changes in the orbit of Jupiter, would have undeniable effects on the orbits of the inner planets too, which might have included both Uranus and Neptune for a time, as both are way too far from the sun to have been created in their current locations. In addition, both are too massive and not enough time has transpired for the materials to coalesce into the planets, which in total, have the mass of about 15 Earths. It's possible that Earth could have collided with Mars or Venus during this time, which would have been particularly bad news for you and I.

Nesvorny's colleagues suggested an alternative scenario around this problematic observation. Instead of Jupiter's orbit slowly changing over a period of several million years, its orbit may have changed rather quickly, which wouldn't have been as harmful to the terrestrial planets lurking closer to the sun. There's another problem with that theory though.. computer simulations ran by the team, who input various data to see which result best matches the observations we've seen in regards to the orbit of the planets that currently reside in our solar system -- show time and time again that Uranus or Neptune would be permanently ejected in this scenario... something we know is not the case.

So instead, Nesvorny and his team added another large, Neptune-sized body that contained the combined mass of a dozen Earths into the computer simulations. In it, Jupiter jumped correctly into orbit, whilst the inner terrestrial bodies remained intact -- AFTER a hypothetical fifth planet was ejected after a losing tussle with Jupiter.

As for the validity of this theory, it's hard to say, but there are many observations that paint a clear picture of our solar system's turbulent past. One of which, concerns the formation of the moon. In this scenario, a yet another hypothetical planet, named Theia,  collided with Earth some 4 billion years ago, blasting a portion of the Earth apart, leaving behind the raw materials that ultimately coalesce into the moon. The problem is,  this planet most certainly did not contain the needed mass to account for the perturbations in the orbits of the gas-giants, meaning we are still missing some key pieces of information.

Lastly, this is not the first (and most certainly not the last) hypothesis that postulates the existence of another planet in our corner of the galaxy. Yet this theory states that an undiscovered planet may very well lurk in the outer trenches of our solar system unnoticed as of yet. The elliptical orbit of 'Planet-x' would take it so far out from the sun, one orbit around may take thousands of years to complete. Unfortunately, for the time being, computer simulations are only second best to hopping into a delorian space-ship, traveling back in time to witness the birth and evolution of our solar system. *sigh*