Want to Name an Alien World? Now's Your Chance 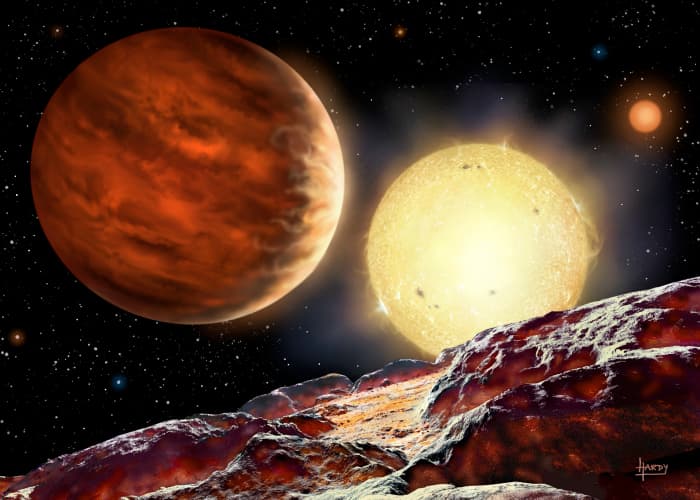 Who gets to decide the name given to an alien world? After all, individuals have been assigning names to planets and other celestial objects for millennia. So. How do we determine who gets the final word?

Ultimately, the IAU is the official body tasked with forming a comprehensive naming system for the various objects in our universe. The organization is comprised of over 95 countries, and members work together in order to ensure that there is an international agreement on definitions related to space and astronomy. And if you don't know, these are the guys who reclassified Pluto as a dwarf planet, something that (apparently) made a lot of people really mad...just read the comments section on the previously linked article.

In any case, now, the IAU has opened voting to decide the names of various stars and exoplanets ("exoplanets" are simply worlds that live in solar systems other than our own). The voting will decide the names of 15 stars and 32 planets. Over the last few months, astronomy clubs and non-profit organisations from 45 countries submitted 247 proposals for the names. Now, you can cast your vote at the NameExoWorlds website.

A full list of the ExoWorlds can be found here.

And we need your vote because, if you aren't aware, astronomers are notoriously terrible at naming objects. Most often, planets are named after the spacecraft that discovered it, and they are then assigned a number based on their location in the solar system in question (whether they are the third or fourth planet in the system, for example). This results in some pretty lame names. For example, behold! WASP- 42b (named after the ground-based search known as the Wide Angle Search for Planets...WASP)

The names that were suggested for this contest are, unsurprisingly, far more inventive. Take the suggestion "Tasogare." In Japan, the word "Tasogare" means, "The peak has already passed away, but it won't still die." The team that suggested the name notes that this star, which is a red giant, has already passed the peak of its life...it's going to die soon. As such, they assert, "We thought this Japanese word would fit this star. And also, Tasogare is a time after sunset, where the red color is left in the sky. We also thought that the color fits this star as well."