Want to Invest in Crypto? Here's A Crash Course.

Want to understand all the basics? We've got you covered. 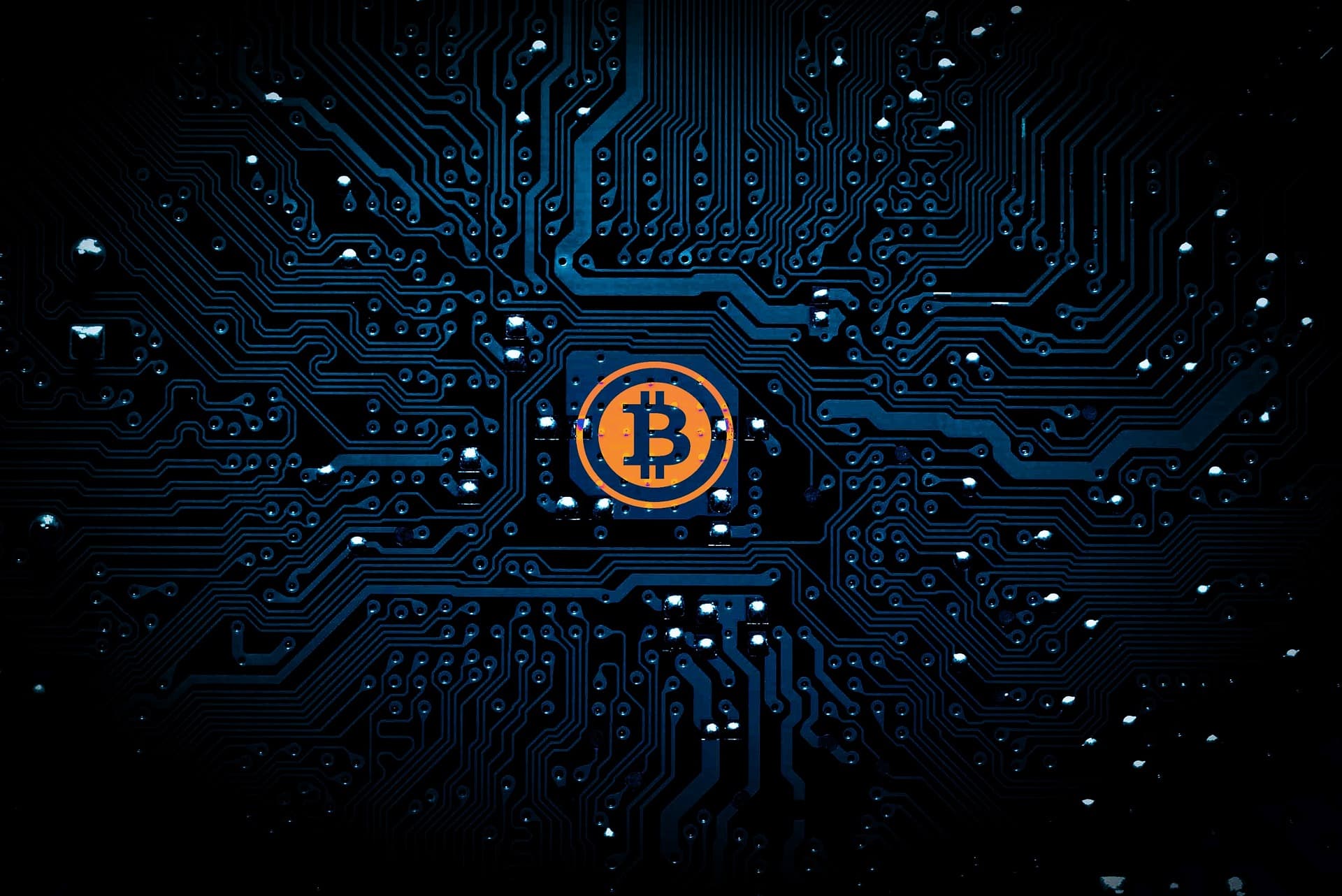 A Major Return on Investment

When the first cryptocurrency was developed in 2009, it could be had for a song. One bitcoin was worth a mere eight hundredths of a cent. By 2010, 10,000 units were still only enough to purchase a pair of pizzas. When Ethereum first began selling ether in July 2014, 2000 tokens could be purchased for one bitcoin, meaning each token was valued at just about $0.30.

Now, ether tips the digital scales at more than $200 per token, and the bitcoins used to buy dinner in 2010 would be worth roughly $20 million today.

Clearly, these currencies are trending upward, but many are still unfamiliar with the world of blockchain and the cryptocurrencies that operate on them. As such, buying and selling crypto is murky territory. So let's take a moment to cover the basics of what you'll need to know to tread through this newly emerging landscape.

A Crash Course in Crypto

The first step to investing in cryptocurrencies is understanding how they differ from traditional currencies.

A traditional currency, such as the U.S. Dollar or the Euro, is controlled by a centralized authority. In the U.S., that authority is the Federal Reserve, and it is responsible for promoting economic stability and regulating the nation's financial institutions, such as banks or investment firms. Each of those institutions is then responsible for maintaining and securing records of their transactions.

A cryptocurrency has no centralized authority. The value of the currency is set by the market, and transactions happen directly between parties. These transactions are recorded on a digital ledger known as a blockchain. Every cryptocurrency has its own blockchain, and this ledger is stored across a large network of computers, each known as a "node."

When two parties decide they want to make a transaction using a cryptocurrency, the request is broadcast to all of these nodes, and they each record the change on their copy of the ledger. Ultimately, a group of these individual transactions will comprise one timestamped block in the blockchain.

The whole transaction process takes seconds or minutes, instead of the days or weeks sometimes required by a traditional bank. Cryptocurrencies then use a layer of cryptoeconomics to incentivize validators to always keep the blockchain honest. This works similarly to games like the prisoner's dilemma. In cryptocurrencies, any one individual is incentivized to tell the truth because if they lie and the others tell the truth, the liar misses out.

Distributed databases are also more secure than the centralized databases used by traditional financial institutions, which are susceptible to hacking and other cyberattacks. Cryptocurrencies like bitcoin and ether are also far easier to use across international borders.

Those are just a few of the reasons tech experts view blockchain-based systems as a massive improvement on current methods of record keeping, and not just for financial transactions. Blockchain is poised to transform everything from the healthcare industry to the Internet of Things (IoT), and entire countries have even announced plans to transition to blockchain systems.

So now you know the basics of how blockchains and cryptocurrencies function, but how do you actually invest in them?

The first thing you'll need to do is decide which cryptocurrency you want to purchase. You have hundreds to choose from, and each is slightly different from the others.

To make this decision, the two things you will most likely want to familiarize yourself with are Bitcoin and Ethereum. Ultimately, bitcoin and ether are the cryptocurrencies with the greatest market caps (approximately $38 billion and $18 billion, respectively). They have a number of differences, but the primary one is that the Bitcoin blockchain is currently used strictly for peer-to-peer financial transactions (though that may change), while the Ethereum platform supports a range of transactions.

Rather than researching the multitude of cryptocurrencies currently in existence and diving in headlong, for first-time investors, it may be a better idea to spend some time following the trends and getting to know just a few currencies, and then begin to branch out once the basics of a few tokens are fully understood.

Once you've decided on a cryptocurrency you want to invest in, you'll need to choose an exchange. Exchanges are websites that allow you to buy, sell, or trade cryptocurrencies, and once again, you have a lot to choose from. Like cryptocurrencies themselves, each exchange is unique.

One of the most important things to understand is that not every exchange supports every cryptocurrency, so you'll need to find one that works with your crypto of choice. For example, CoinBase, one of the most popular exchanges, supports the trading of both bitcoins and ether, as well as litecoins. However, if you want to trade in a less "in demand" cryptocurrency, such as ripple, you'll want to consider an exchange like Kraken, which supports 16 different cryptos.

Sites like Coin Market Cap are great resources for choosing an exchange, as they can provide you with information on trading volume, market values, and most frequently traded pairings. When choosing one to join, you'll also want to consider such variables as an exchange's reputation, accepted payment methods, and geographical restrictions.

After you've settled on an exchange, you'll need to create an account, which will generally require ID verification. Once that is done, you'll then be able to add money to your account, make trades, or withdraw funds (do note that each action requires a small fee). If you decide you want to trade on a different exchange, you'll have to repeat the process and pay the fees required by that particular exchange.

A Better Way to Trade

Though the process thus far may seem relatively straightforward (if a bit time-consuming), actually making money via crypto trading is anything but simple. Cryptocurrencies are still in their nascent stages, and unfortunately, not all of the kinks have been worked out just yet, which has led to a volatile, expensive market for investors.

Having a large number of crypto exchanges does more than just burden investors with extra fees — it also leads to problems with liquidity, which is a market’s ability to enact transactions without affecting an asset’s price. To break this down to the basics, if an exchange doesn't have enough of a cryptocurrency available at or near the market price when a buyer makes the decision to buy, that buyer will be forced to pay what is called a "liquidity fee," and they can amount to 1 to 10 percent the total value of the trade.

An illiquid market can also cause flash crashes like the one ether experienced in June, which dropped the crypto's value by 99.9 percent in less than one second. This volatility is intimidating for investors, and it's slowing down the adoption of blockchain-based finance systems.

Thankfully, a new platform has emerged that could stabilize crypto markets while simultaneously lowering trading costs for investors: Omega One.

Instead of buying or selling crypto directly through exchanges, Omega One users simply create a wallet on the platform and do all of their trading through it—no need for multiple accounts. When you want to make a transaction, you place the order through the platform. Once the system verifies that you have the funds to make the trade, it locks the transaction. You won't be able to spend those funds elsewhere, but they are still in your possession.

Omega One then executes the trade for you across as many exchanges as necessary to ensure the lowest fees. It may even spread out the transaction over a period of time rather than completing it instantaneously, if that makes the most financial sense. Ultimately, this intelligent execution of transactions increases the liquidity of cryptocurrency markets and prevents destabilization, all while keeping costs low for investors — in fact, large orders could see a fee reduction of up to 90 percent compared to traditionally executed transactions.

Omega One is poised to make crypto trading cheaper and simpler, all while helping stabilize the market as a whole, providing a benefit to both new and seasoned investors alike. So keep a lookout for their launch later this year.

The preceding communication has been paid for by Omega One, and Futurism has a small financial stake in Omega One’s token launch. This communication is for informational purposes only and does not constitute an offer or solicitation to sell shares or securities in Omega One or any related or associated company. The Omega One tokens described herein are not being structured or sold as securities or any other form of investment product, and consequently, none of the information presented herein is intended to form the basis for any investment decision, and no specific recommendations are intended. This communication does not constitute investment advice or solicitation for investment. Futurism expressly disclaims any and all responsibility for any direct or consequential loss or damage of any kind whatsoever arising directly or indirectly from: (i) reliance on any information contained herein, (ii) any error, omission or inaccuracy in any such information or (iii) any action resulting from such information.

Each recipient of this communication expressly acknowledges that the Omega One tokens are being sold solely for the purpose of providing purchasers of such tokens with access to the services associated with the tokens, and that such persons are not being offered, and will not be purchasing, any tokens for any other purposes, including, but not limited to, any investment, speculative or other financial purpose. Each recipient further acknowledges that they are aware of the commercial risks associated with Omega One and the network associated with its tokens.

Read This Next
Sad!
Melania Trump Accused of Secretly Buying Her Own NFT to Avoid Disgrace
Bye Bye Baby
Lawyer for Crypto Laundering Rapper Says She Won't Flee Because of Her Frozen Embryos
Greenwashing
World Wildlife Foundation Cancels NFT Project After Critics Point Out That It Was Actually a Huge Polluter
Bitcoin & Clyde
Feds Arrest Crypto CEO for Bitcoin Laundering, But Her Real Crime Was Against Rap Music
Stoking the Fire
Gaming Exec Says His Customers Are Idiots For Not Understanding How Great NFTs Are
More on Future Society
Intern Return
Yesterday on the byte
Oops! Facebook Tells Interns It Already Hired That It Can't Afford Them Anymore
Hard Science
Yesterday on the byte
Even Professional Scientists Think the Journal PNAS Has a Hilarious Name
The Dress
Wednesday on the byte
Watch a Model Get a Dress "Sprayed" Onto Her in the Middle of a Fashion Show
READ MORE STORIES ABOUT / Future Society
Keep up.
Subscribe to our daily newsletter to keep in touch with the subjects shaping our future.
+Social+Newsletter
TopicsAbout UsContact Us
Copyright ©, Camden Media Inc All Rights Reserved. See our User Agreement, Privacy Policy and Data Use Policy. The material on this site may not be reproduced, distributed, transmitted, cached or otherwise used, except with prior written permission of Futurism. Articles may contain affiliate links which enable us to share in the revenue of any purchases made.
Fonts by Typekit and Monotype.