Virgin Galactic Will Send People to Space By Christmas. Maybe.

The company's founder is feeling optimistic about 2018. 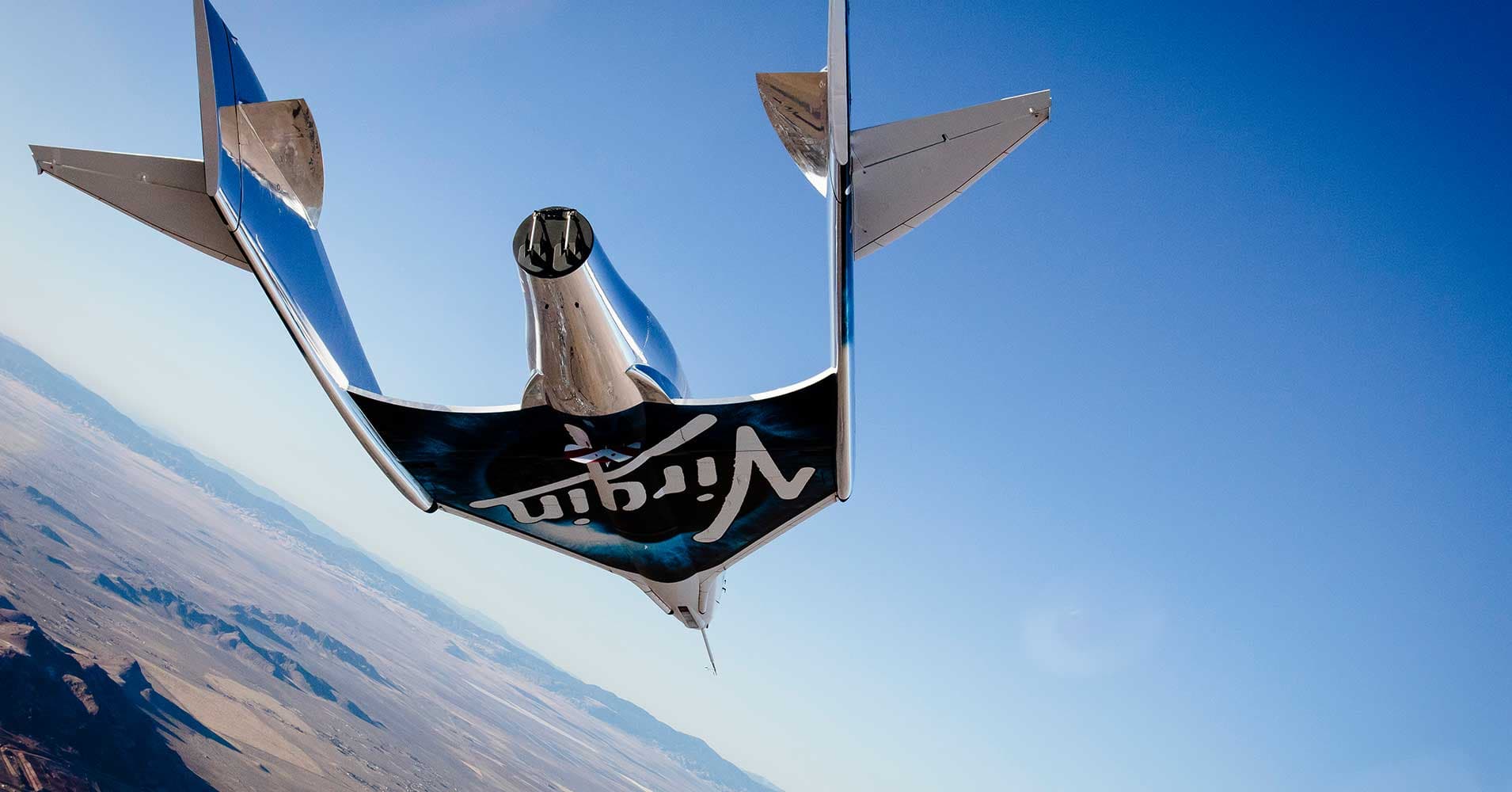 Virgin Galactic is sending people to space this year. Probably.

During an interview with CNN, Virgin Galactic founder Richard Branson said is he is "pretty confident" his space tourism venture will complete its first crewed test flight before Christmas. But there are some caveats.

The plan, according to Branson, is for test pilots to complete the first few flights solo. Those pilots will operate Virgin Galactic's rocket-powered SpaceShipTwo (SS2) spaceplane, which won't actually launch from the ground — it will hitch a ride up to an elevation of roughly 15 kilometers (9.4 miles) via a jet-powered mothership.

At that point, the SS2 will detach and accelerate to a top speed of approximately 2,300 miles per hour in about eight seconds, Branson told CNN.

If all goes well with those pilot-only flights, Branson will then become Virgin Galactic's first passenger. "I'm not allowed up until the [test pilots] have broken it in a few times, first," he said. "I would love to have gone on this very [first] flight, but [pilots] are incredibly brave people."

Thus far, the highest altitude reached by an SS2 is 32.3 miles, but the goal is to hit 50 miles — the minimum altitude required to earn "space wings" from the U.S. government.

That might not be anywhere near the altitude many think of when they think "space" — the International Space Station is 254 miles above Earth's surface, for example — but the trip would afford tourists the ability to experience weightlessness and provide them with a view of the Earth's curved horizon.

This is far from the first time Branson has set a date for a Virgin Galactic crewed space flight — he initially said the company would hit that milestone by 2007 — so it's natural to be skeptical of his latest claim. For his part, though, Branson seems unfazed by those who doubt that his company will ever actually send people to space.

"Space is difficult. Rocket science is rocket science," Branson told CNN. "I obviously would love to prove our critics wrong, and I'm reasonably confident that before Christmas, we will do so."

Read This Next
Billionaire Space Club
Man Getting Paid to Fly Rich Guys to Space Says Don't Worry, They're Not Just Idle Tourists
Selling Seats
Virgin Galactic Lost an Absolutely Staggering Amount of Money Last Year
Billionaire Blast Off
Billionaire Says He's Buying SpaceX Launches for "Private Space Program"
Lucky Bastard
Billionaire Space Tourist Basically Says "Let Them Eat Cake"
Maiden Voyage
Check Out How Stoked This Billionaire Is to Leave Our Dying Planet
More on Off World
Killernova
Yesterday on the byte
Scientists Find "One in Ten Billion" Star System Primed to Explode in Titanic Kilonova
Lonely Planet
Feb 5 on futurism
Scientists Find Nearby Planet the Same Size of Earth, Plan to Search It for Life
Take Cover
Feb 4 on the byte
Space Startup Blows Up Another Giant Inflatable Space Station Module
READ MORE STORIES ABOUT / Off World
Keep up.
Subscribe to our daily newsletter to keep in touch with the subjects shaping our future.
+Social+Newsletter
TopicsAbout UsContact Us
Copyright ©, Camden Media Inc All Rights Reserved. See our User Agreement, Privacy Policy and Data Use Policy. The material on this site may not be reproduced, distributed, transmitted, cached or otherwise used, except with prior written permission of Futurism. Articles may contain affiliate links which enable us to share in the revenue of any purchases made.
Fonts by Typekit and Monotype.