Video Shows How Dangerous Magnetic Items Are Near MRI 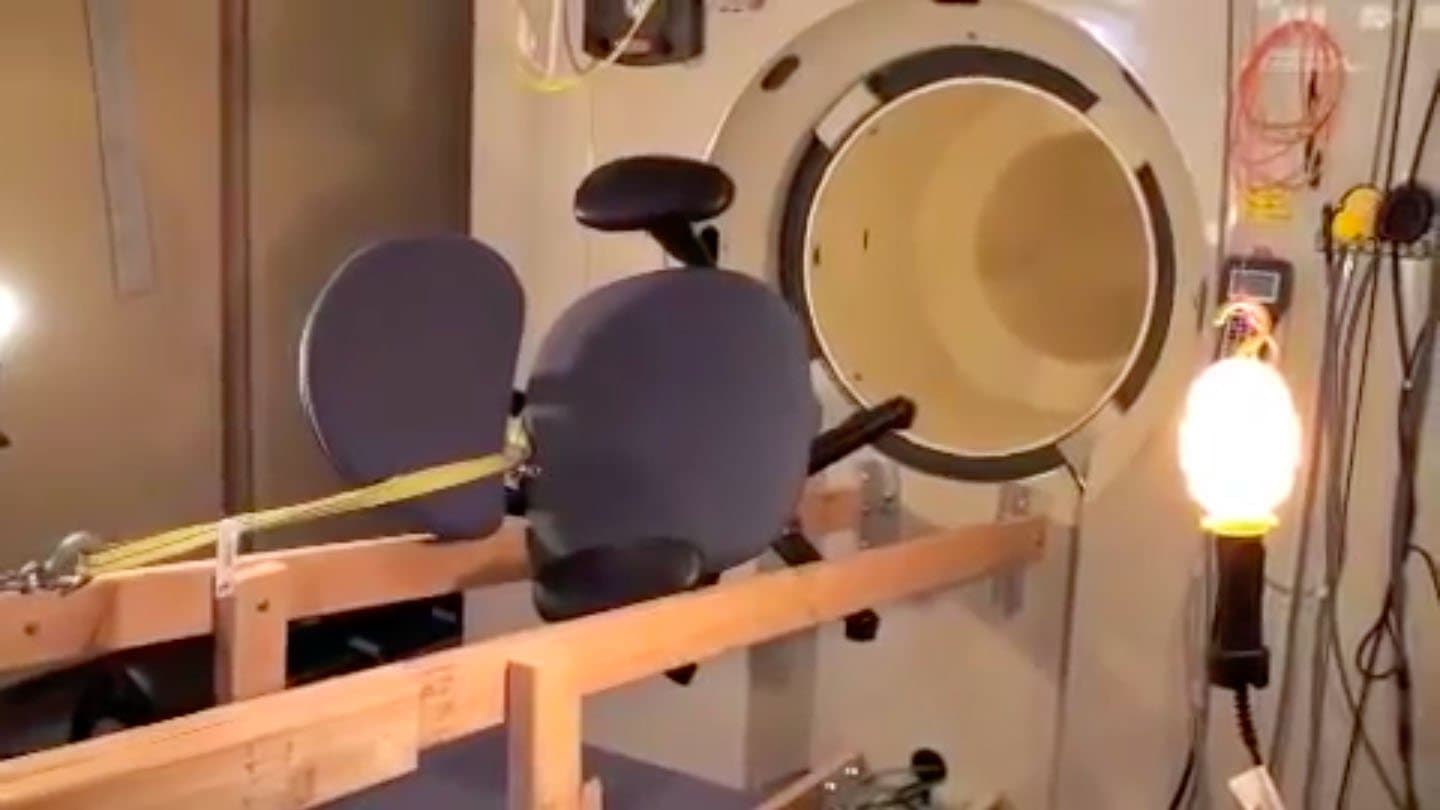 If you've ever watched a television series that focuses on doctors (like ER, Grey's Anatomy, House, etc.), chances are, you have seen an MRI (magnetic resonance imaging) machine. And if you've seen someone use an MRI on TV, you've probably seen a few of the horror stories: Metal objects become dangerous projectiles, they are ripped from people's bodies...there's lots of screaming, essentially.

Such scenarios are so common in television because an MRI is a superconducting magnet. This makes for great television because these scanners can cause chaos if a metal object gets too close. Fortunately, there are strict procedures that are followed (involving lots and lots of questions about your personal history, previous medical history, etc.) in order to prevent any accidents. However, despite the fact that accidents are exceedingly rare, they do happen. For example, in 2001, a 6 year-oldboy undergoing a scan was killed when an oxygen tank was pulled into the magnetic bore. Reports note that, with this particular machine, the force of the device's 10-ton magnet is about 30,000 times as powerful as Earth's magnetic field, and 200 times stronger than a common refrigerator magnet.

The below video demonstrates just how powerful MRIs are, why doctors have to be so vigilant, and what an MRI can do if proper procedures are not followed. It was originally posted in 2010, but I wanted to share it here as it's rather impressive (plus, I hadn't seen it before, and I am certain that I am not the only one who will say that).

One thing to look out for is the oscillations. As the narrators note:

Note how magnetic objects let loose tend to oscillate along the magnet bore. That's because the peak magnetic field gradients are at either end (near the magnet face), causing peak acceleration as the object enters, followed by progressively damped changes of direction.

WATCH: The Amazing Power of an MRI