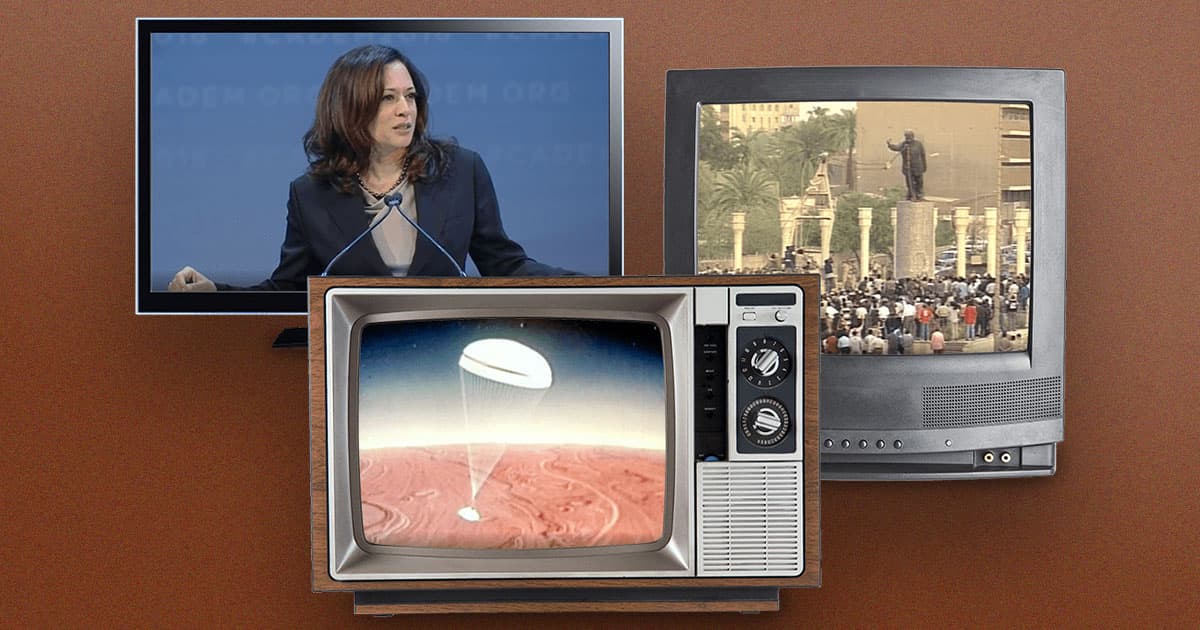 CNN was an early corporate adopter of non-fungible tokens (NFTs) — and now, in an on-the-nose reversal, has joined the many that have dropped their crypto-fied projects as the market continues its months-long slump.

As The Verge reports, investors in the NFT experiment, dubbed "Vault by CNN" upon its release as an article-as-token marketplace in 2021, are royally pissed off now that the project is going belly-up.

During the summer of 2021, when Vault first opened its marketplace and allowed collectors to "mint" notable articles as NFTs, investors seemed to take confidence from an established brand like CNN jumping into the foray, The Verge notes.

But by the time the Vault closed its doors over the weekend, those same investors were mighty displeased to learn that they would only be making back about 20 percent of what they'd paid upfront, per Vault by CNN Discord messages reviewed by The Verge, to be paid out to NFT holders in crypto.

As recently as last month, the report notes, the project was pushing investors to purchase more tokens to access future events, like its "Art of Voting" series that was going to drop on Election Day in November. Given that timeline, collectors were, per their Discord messages, both perturbed and accusatory.

In at least one message, Vault by CNN Discord users charged the project with "rug-pulling," a crypto term that means exactly how it sounds: when the people behind a given asset talk up its value, only to cancel it at the last minute, essentially pulling the rug out from under investors. In stocks, that trick has long been known as a "pump and dump" scheme.

"Nothing like teasing different utility... then essentially pulling the rug on a moment's notice," one of the investor messages on the Vault Discord read. "Is an announcement of rug [pulling] supposed to be consoling to a community who waited patiently for slow-but-promised utility?"

The "different utility" this user was referring to not only includes the NFTs themselves, but also "Exclusive CNN perks" and "Exclusive Vault merch," both of which are still listed as "coming soon" in the Vault by CNN documentation. Additionally, the project's website itself does not reflect that it has been shut down.

Though this is far from the first NFT project to get the kibosh — and nor will it be the last — but it's nevertheless a telling portent for the future of these sorts of goofy schemes, now that the market has failed to rebound amid the increasingly-frigid "crypto winter."

Read This Next
FTuxxed
Behind the Lawsuit Against Celebs Who Shilled FTX Before Its Spectacular Meltdown
Toes in the Water
Guy Linked to Huge Crypto Meltdown Says It’s Just a Coincidence That He’s Hanging Out in a Country With No Extradition to United States
Guest List
Celebrities Are Officially Being Sued by FTX Retail Investors
Tumblr or Bust
This Strongly Appears To Be Alameda CEO Caroline Ellison's Tumblr Account
Subway Menace
Tom Brady Appears to Be Totally Screwed by the FTX Collapse
More on Blocknik
Another One
Wednesday on the byte
Coinbase May Be in Real Serious Trouble Now
Laundry Day
Wednesday on the byte
Someone's Converting Millions of the Stolen FTX Funds Into Bitcoin
Tweeter's Brain
Monday on the byte
Sam Bankman-Fried's Lawyers Quit Because of His "Incessant and Disruptive Tweeting"
READ MORE STORIES ABOUT / Blocknik
Keep up.
Subscribe to our daily newsletter to keep in touch with the subjects shaping our future.
+Social+Newsletter
TopicsAbout UsContact Us
Copyright ©, Camden Media Inc All Rights Reserved. See our User Agreement, Privacy Policy and Data Use Policy. The material on this site may not be reproduced, distributed, transmitted, cached or otherwise used, except with prior written permission of Futurism. Articles may contain affiliate links which enable us to share in the revenue of any purchases made.
Fonts by Typekit and Monotype.