VASIMR: Here's How We Might Reach Mars in 39 Days

A new kind of rocket could speed up space travel. 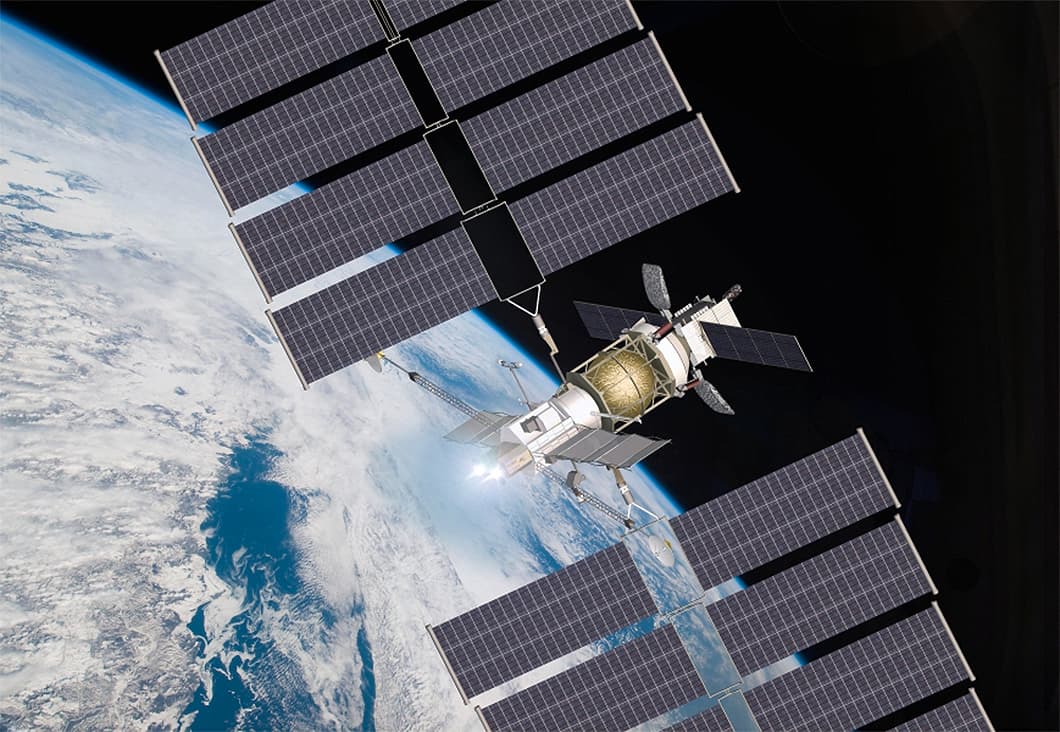 A Different Kind of Rocket

In 1983, MIT researchers used their magnetic mirror plasma device to conduct the first Variable Specific Impulse Magnetoplasma Rocket (VASIMR) propulsion experiment. A decade and a half later, NASA's Advanced Space Propulsion Laboratory (ASPL) created the first VASIMR rocket, the VX-10. By 2005, the lab had developed the VX-50, which was capable of up to 50kW of plasma discharge.

So, what's so significant about this design that it was worth decades of research?

However, the design of a VASIMR allows for continuous generation of propulsion. In other words, if the rocket had a infinite supply of fuel and didn't fail mechanically, it could theoretically keep accelerating to near the speed of light.

In theory, a VASIMR could allow us to reach Mars in a mere 39 days.

The variables used to determine a 39-day trip included a engine operating at 60 percent efficiency and a required power of 200MW. It would take the rocket a total of approximately 18 days to reach full velocity, and then it would travel at that speed for roughly five days before it began to slow back down. Finally, it would reach Mars another 16 days later. A 200MW engine would be able to make a round trip to Mars with a 600 metric tonne payload in approximately five months (cutting several months off the current travel time).

VASIMR utilizes gasses such as argon, hydrogen, or xenon as a propellent. However, the gas is not combusted directly as it would be with chemical rockets.

First, the gas is injected into a tube, the interior of which is lined with superconducting magnets. The tube itself is surrounded by two radio wave couplers.

The helicon coupler is designed to convert the gas into plasma by knocking a electron lose from each gas atom. Once the gas has passed through the helicon section, it is known as "cold plasma" even though its temperature is approximately 5,526 degrees Celsius (9,980 degrees Fahrenheit) — that is just slightly hotter than the surface of the Sun.

Then, the ion cyclotron heating coupler uses a technique borrowed from fusion experiments to heat the plasma upwards of 10 million degrees Celsius (18 million degrees Fahrenheit), which is comparable to the core of our Sun.

Using a magnetic nozzle, VASIMR can convert the plasma ions' orbital motion into a useful linear motion that results in ion speeds of up to 180,000 km/h (111,846 mph). This gives VASIMR an effective specific impulse of upwards of 5,000 seconds at 200 kW. For comparison, the main engine of the rocket used to launch Curiosity had a specific impulse of 311 seconds at sea level. This means VASIMR has the potential to generate exponentially higher cruising speeds.

Current VASIMR engines are operating at higher than 60 percent efficiency. However, researchers have hit a wall on how to power the units while in space. To meet the needs of the engine, they would need to design some form of nuclear reactor, fusion reactor, or matter-antimatter reactor as a supply of power in space. Theoretically, large solar panels could be used as well, but the weight of such panels would pose an issue at launch.

Some are skeptical of Ad Astra's claims regarding a 39-day trip to Mars. Part of this controversy appears to be due to miscommunication. The company doesn't think its current VX-200 engine design could do the trick — as some seem to believe — instead proposing that a theoretical 200MW engine would be used.

Another bit of controversy concerns the first part of the trip. A VASIMR does not produce enough thrust to escape the Earth's gravity, but this is not a design flaw. Since ion engines work best in a vacuum, the VASIMR engine is suited for space travel only. Any spacecraft intended to work with the engine would either need to be built in space or would have to reach space via a chemical rocket.

For now, Ad Astra will continue to develop its technology in the hopes of helping humanity cut way down on its travel time to Mars and beyond.