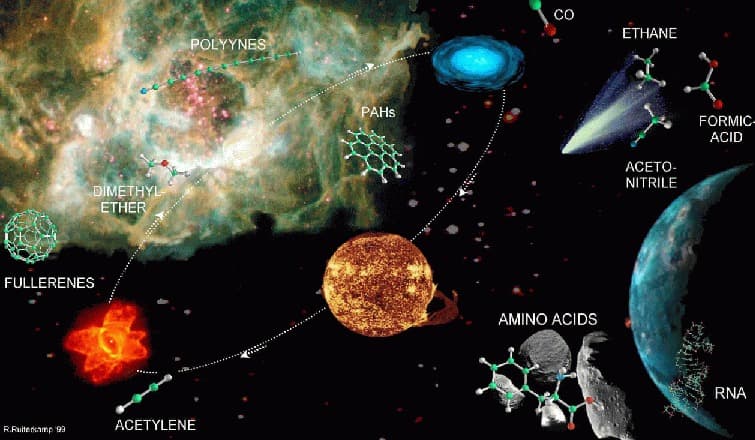 At the moment, there is only one place humans can look to understand life in the universe, and that place is obviously Earth. For astrobiologists, Earth is an invaluable tool. Obviously, if you were an alien race in orbit around Earth, you’d see signs of life, but what if you were an alien survey crew looking at Earth to see if the planet looks interesting from your ship light-years away? How would you look for signs of life then?

If we can find clues that Earth has life from a distance, we could apply the same techniques when scouting out other world looking for exotic types of life. Obviously, a huge challenge is actually finding a world capable of supporting Earth-like life. For this task, telescopes such as the Kepler space telescope are leading the charge. After we find the planet, scientists will have to analyze the only other thing we can see: the planet’s atmosphere.

At the moment, imaging the chemical composition of Earth-sized (and Earth-like) planets pushes the limits of our current technology. Robert Fosbury, an astronomer with the European Southern Observatory (ESO), is hopeful, “We’re trying to think about how to use observations of the Earth itself to understand the kinds of things we’ll be able to do in the future with possibly the next generation of telescopes.”

Fosbury participated in a research project with the ESO that analyzed Earth’s shadow on the mood during a lunar eclipse. The paper, titled “High Resolution Transmission Spectrum of the Earth’s Atmosphere: Seeing Earth as an Exoplanet using a Lunar Eclipse” was accepted into the International Journal of Astrobiology. The researchers used the total lunar eclipse of December 2011 and spectroscopy to study Earth as if it was an exoplanet.

Spectroscopy is the science of studying light as it is emitted or absorbed by different materials. This is called the absorption or emission spectrum. In the case of analyzing atmospheres from afar, scientists look at the absorption spectrum of the planet to determine what the atmosphere is made out of. As light from the host star passes through the atmosphere, many different wavelengths are absorbed, the rest of the light passes to the observer. From here, astronomers analyze the light left over to figure out what element(s) it passed through.

During a total lunar eclipse, light from the Sun passes through Earth’s atmosphere, hits the lunar surface, and some of it is reflected back to Earth. This is similar to watching an exoplanet transit in front of its host star. Using the 2.16-meter telescope at Xinglong Station in China, scientists looked at Earth’s light being reflected around Tycho Crater, which is one of the most reflective parts of the lunar surface. The researchers also measured the same region before the eclipse as a baseline.

This experiment had a few surprises for the research team when they crunched the data. They saw a lot less water vapor in the atmosphere than a similar experiment found in 2009. The researchers think this is because the 2011 eclipse happened such that much of the light passing through Earth’s atmosphere was through the Antarctic, an area where much of the water is thought to be frozen and no longer in the atmosphere