Unlocking the potential of DHM: Cheers’ patented formula is designed to help you feel better after drinking.

This Shark Tank alum has discovered a science-backed solution to the dreaded hangover, and that’s something to ‘Cheers’ about. 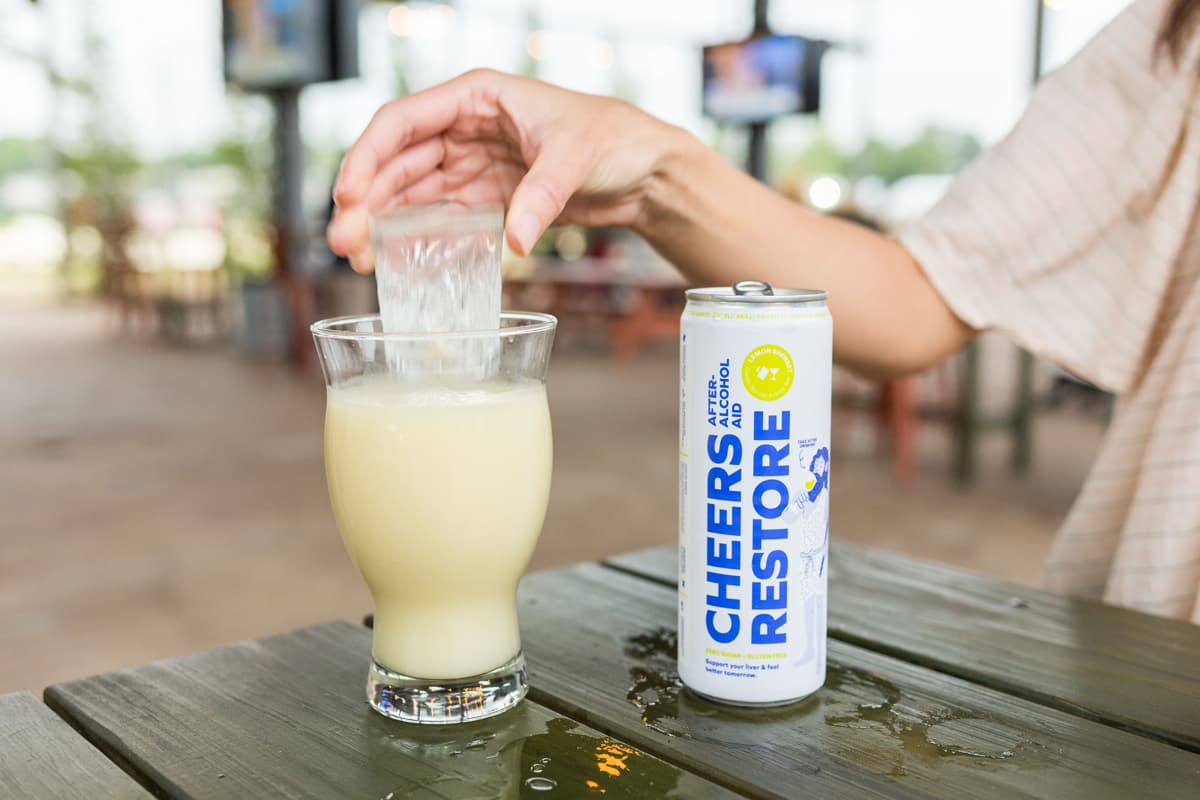 Despite centuries of anecdotal findings, there hasn’t been a clear, approachable mass understanding of the science behind alcohol and why it makes you feel bad the next day. Countless "wives tale cures" have been touted as the "next best thing" for years, but with little-to-no science backing up their claims. It wasn't until 2012 when dihydromyricetin (DHM) was discovered to have alcohol-related properties – a study that Cheers founder & CEO, Brooks Powell, stumbled upon in 2014.

DHM is changing the way we drink alcohol, and Cheers is leading the way.

As a sophomore at Princeton in 2014, Powell was in the right place at the right time when he came across an article titled "Dihydromyricetin As a Novel Anti-Alcohol Intoxication Medication" published in the Journal of Neuroscience. This landmark study showed bona fide scientific benefits as it relates to DHM & alcohol consumption.

DHM is a natural plant extract that has been used for centuries as an herbal liver supplement and hangover remedy in traditional Eastern medicine. However, it wasn’t until this study was introduced to the academic community that DHM found its scientific credibility. Among other findings, researchers found that DHM was shown to bind to the same brain receptor that alcohol binds to, the GABAa receptor, and by doing so, reduces GABAa rebound—the primary cause of why you feel less than 100% the next day. Since then, many studies have corroborated these findings.

Powell saw this promising research as an opportunity to test DHM's next-day efficacy on humans and worked with a patent team to conduct a human study. Participants felt an average of 50% better the next day after taking the formula, leading to the official launch of Cheers' best-selling product, an after-alcohol aid (now known as Cheers Restore). One Shark Tank appearance, over 300,000 customers, and $25 million in revenue later, Cheers has become a leading force in alcohol-related health.

Cheers was arguably the first company to bring DHM to market at scale in the USA, and now they're patenting technology to unlock its bioavailability.

Because DHM is a naturally occurring organic compound, there is no way to patent it directly. You can, however, patent ways to increase its efficacy. DHM in its natural state suffers from poor bioavailability and requires a lot of it to be effective. For years, Cheers has been working to solve this roadblock. After almost a decade of research, their new patent-pending permeabilizer technology co-invented with an Ivy League University is their “key” to unlocking DHM’s bioavailability, potentially giving Cheers a competitive edge that arguably no one can match.

One of their in-vivo studies revealed that they could increase the bioavailability of DHM by up to 19x when co-administered with capric acid – which is found in high amounts from natural sources, such as coconut or palm oil. Now utilized in their newest product, a beverage form of Cheers Restore, this technology helps lay the groundwork for a retail debut.

Cheers is seeking investors ahead of their retail rollout.

To date, Cheers has sold over 13 million doses of their products solely through online sales. In 2020, Cheers generated ~$1.7 million in profit, marking the first year of profitability and carving out their place as a leader in alcohol-related health.

Now, the company is setting its sights on the bigger picture of tapping into the ~$250 billion U.S. alcohol market. Cheers has launched their latest investment drive on StartEngine as part of their 2021 omnichannel expansion plans. Their goal for retail is simple: anywhere alcohol is sold, they want Cheers to be sold there, too.

Those who see investment potential in Cheers, their DHM permeabilizer technology, and the alcohol-related health category as a whole can head to the Cheers' StartEngine campaign to learn more.

Futurism may receive monetary compensation by the issuer, or its agency, for publicizing the offering of the issuer’s securities. Futurism and the issuer of this offering make no promises, representations, warranties or guarantees that any of the services will result in a profit or will not result in a loss.

Read This Next
Roid Rage
Steroid Use Linked to a Bunch of Very Bad Brain Problems
Recipe For Disaster
FDA Warns Americans to Stop Cooking Chicken in NyQuil
It's Electric
Scientists Say This Headset Significantly Improves Elders' Memory
Heads Will Roll
Someone Stole a Bunch of Human Heads from a Medical Truck
Swole Patrol
Scientists Find That Lifting Weights for Just Three Seconds Is Quite Good for You
More on Sci-Fi Visions
Human v. Giraffe
Tuesday on the byte
Chaotic Italian Fashion Line Baffles Facial Recognition Software
Step One
Tuesday on the byte
World’s Third Richest Person Says He’s Developed "Addiction" to ChatGPT
FROM THE DEPT. OF...
Tuesday on futurism
The Best Places to Buy A Laptop in 2023
READ MORE STORIES ABOUT / Sci-Fi Visions
Keep up.
Subscribe to our daily newsletter to keep in touch with the subjects shaping our future.
+Social+Newsletter
TopicsAbout UsContact Us
Copyright ©, Camden Media Inc All Rights Reserved. See our User Agreement, Privacy Policy and Data Use Policy. The material on this site may not be reproduced, distributed, transmitted, cached or otherwise used, except with prior written permission of Futurism. Articles may contain affiliate links which enable us to share in the revenue of any purchases made.
Fonts by Typekit and Monotype.