The four dimensions we experience could just be the beginning. 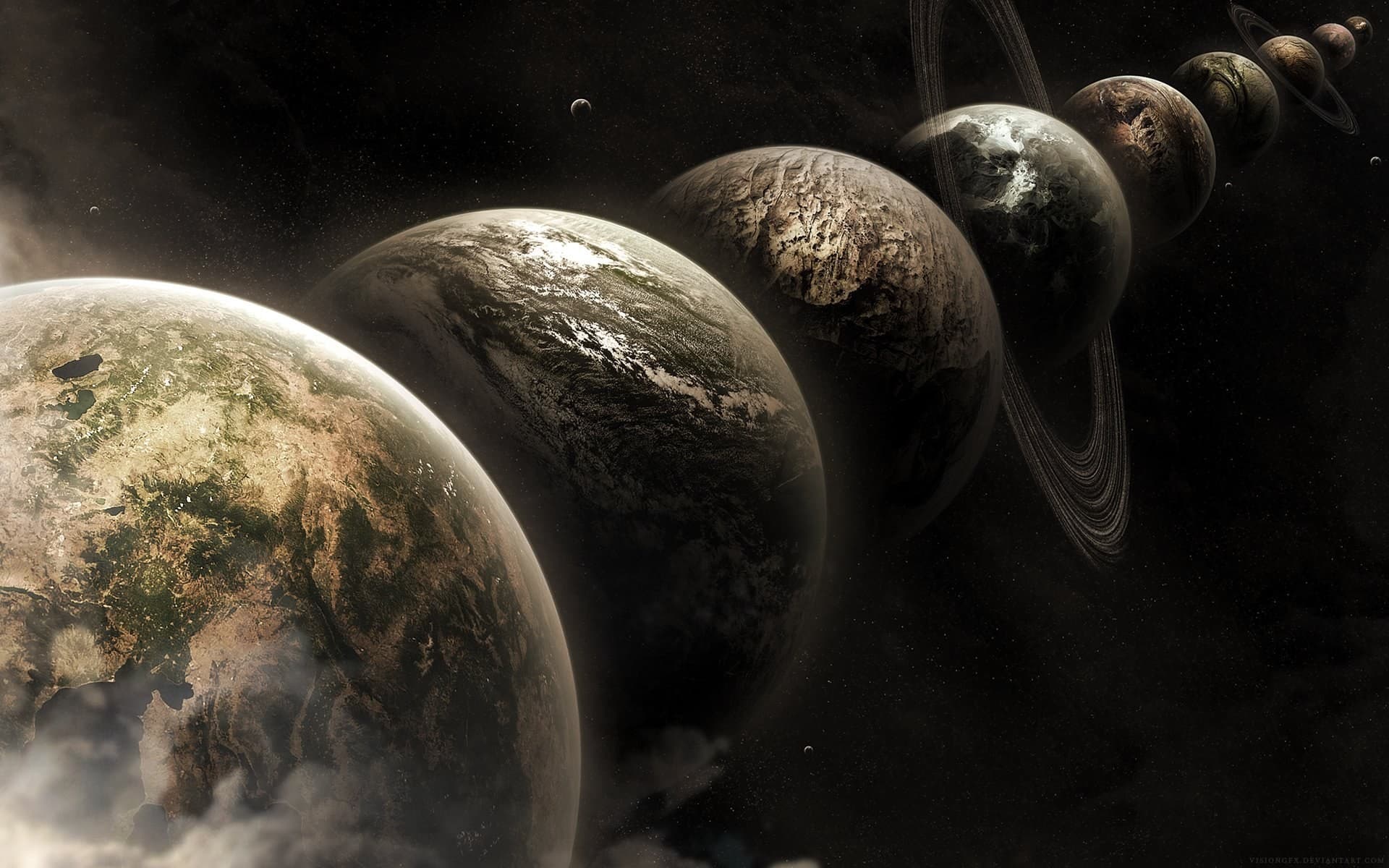 When someone mentions “different dimensions,” we tend to think of things like parallel universes — alternate realities that exist parallel to our own, but where things work or happened differently. However, the reality of dimensions and how they play a role in the ordering of our universe is really quite different from this popular characterization.

To break it down, dimensions are simply the different facets of what we perceive to be reality. We are immediately aware of the three dimensions that surround us on a daily basis – those that define the length, width, and depth of all objects in our universes (the x, y, and z axes, respectively).

Beyond these three visible dimensions, scientists believe that there may be many more. In fact, the theoretical framework of superstring theory posits that the universe exists in 10 different dimensions. These different aspects are what govern the universe, the fundamental forces of nature, and all the elementary particles contained within.

The first dimension, as already noted, is that which gives it length (i.e., the x-axis). A good description of a one-dimensional object is a straight line that exists only in terms of length and has no other discernible qualities.

Add to it a second dimension, height (i.e., the y-axis), and you get an object that becomes a two-dimensional shape (e.g., a square).

The third dimension involves depth (i.e., the z-axis), and it gives all objects a sense of area and a cross-section. The perfect example of this is a cube, which exists in three dimensions and has a length, a width, a depth, and, therefore, also a volume.

Beyond these three lie the seven dimensions that are not immediately apparent to us, but that can still be perceived as having a direct effect on the universe and reality as we know it.

Getting to Know the Other Dimensions

Scientists believe that the fourth dimension is time (we already know this one, for the most part), which governs the properties of all known matter at any given point. Along with the three other dimensions, knowing an object's position in time is essential to plotting its position in the universe.

The other dimensions are where the deeper possibilities come into play, and explaining their interaction with the others is where things get particularly tricky for physicists.

According to string theory, the fifth and sixth dimensions are where the notion of possible worlds arises. If we could see on through to the fifth dimension, we would see a world slightly different from our own that would give us a means of measuring the similarity and differences between our world and other possible ones.

In the sixth, we would see a plane of possible worlds, where we could compare and position all the possible universes that start with the same initial conditions as this one (i.e., the Big Bang). In theory, if you could master the fifth and sixth dimensions, you could travel back in time or go to different futures.

In the ninth dimension, we can compare all the possible universe histories, starting with all the different possible laws of physics and initial conditions. In the tenth and final dimension, we arrive at the point at which everything possible and imaginable is covered. Beyond this, nothing can be imagined by us lowly mortals, which makes it the natural limitation to what we can conceive in terms of dimensions.

Making Sense of the Theory

The existence of these additional six dimensions that we cannot perceive is necessary for string theory in order for there to be consistency in nature. The fact that we can perceive only four dimensions of space can be explained by one of two mechanisms:

If the extra dimensions are compactified, then the extra six dimensions must be in the form of a Calabi–Yau manifold. While imperceptible as far as our senses are concerned, they would have governed the formation of the universe from the very beginning. That's why scientists believe that by peering back through time, using telescopes to spot light from the early universe (i.e., billions of years ago), they might be able to see how the existence of these additional dimensions could have influenced the evolution of the cosmos.

Much like other candidates for a grand unifying theory (a.k.a., the theory of everything), the belief that the universe is made up of ten dimensions (or more, depending on which model of string theory you use) is an attempt to reconcile the standard model of particle physics with the existence of gravity. In short, it is an attempt to explain how all known forces (gravity, electromagnetism, the electromagnetic weak and strong force) within our universe interact and how other possible universes themselves might work.

For additional information, see these articles on Universe Today about parallel universes in general and a parallel universe scientists thought they found that doesn’t actually exist. There are also some other great resources online. This is a great video that explains the ten dimensions in detail, and you can also look at the PBS website for the TV show Elegant Universe. It has a great page on the ten dimensions. Episode 137 of Astronomy Cast, "The Large Scale Structure of the Universe," is also pretty interesting.

Article written and provided by Matt Williams of Universe Today.

Read This Next
Multidimensional Cats
This Physicist Believes There Are Countless Parallel Universes
Futurism
This is the Closest Thing We Have to a Master Equation of the Universe
Futurism
New Research Could Finally Lead to A Quantum Theory of Gravity
Futurism
Why String Theory May Be the Key to Uncovering A "Theory of Everything"
Futurism
What is String Theory And Why Humanity Absolutely Needs It
More on Hard Science
Tractor Beam
Jan 26 on the byte
Scientists Build Working Tractor Beam, Although It's Comically Tiny
Having a Blast
Jan 18 on the byte
New Study Shows Where You Should Hide to Survive a Nuclear Attack
Offworld Amino
Jan 15 on the byte
Scientists Find Building Blocks of Life in Meteor That Smashed Into Family's Driveway
READ MORE STORIES ABOUT / Hard Science
Keep up.
Subscribe to our daily newsletter to keep in touch with the subjects shaping our future.
+Social+Newsletter
TopicsAbout UsContact Us
Copyright ©, Camden Media Inc All Rights Reserved. See our User Agreement, Privacy Policy and Data Use Policy. The material on this site may not be reproduced, distributed, transmitted, cached or otherwise used, except with prior written permission of Futurism. Articles may contain affiliate links which enable us to share in the revenue of any purchases made.
Fonts by Typekit and Monotype.