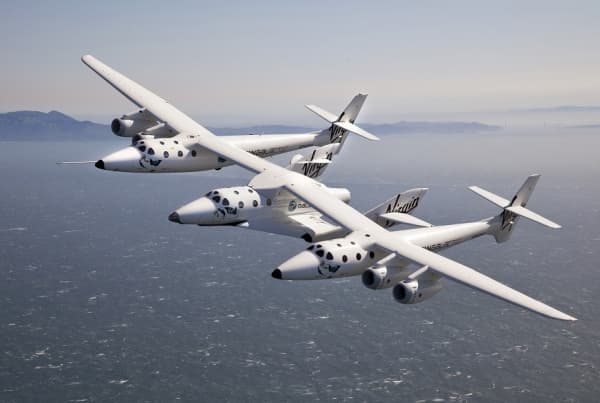 It would appear as if Great Britain is set to be one of the busiest hubs for commercial spaceflight in the coming decade. This comes after the United Kingdom Space Agency (UKSA) formally announced plans to construct Britain's first spaceport: a decision finally made following a two-year government review. Before giving the go-ahead, they wanted to look into the viability of a still-developing commercial space industry helping make such an ambitious feat operational by 2018.

Members of the UK Parliament are eager to push ahead the plans for constructing a launch complex in a location convenient for both domestic and foreign satellite and spaceplane launches. Eight potential locations were announced at the Farnborough airshow, six of which are located in Scotland.

The sites were shortlisted based on several guidelines drawn up by aviation and transport advisers. The hope is to secure an area with low commercial traffic — away from transatlantic air corridors. A long runway is also a top priority, with spaceplanes needing a runway of at least 3,000 meters to fly (typical runways seen at an international airport are less than 2,000 meters in length). The types of spaceplane that would use a spaceport travel at far greater speeds than common airliners, thus they would need a larger area to land after a hypersonic decent. An effort has been made to ensure the locations are also away from densely populated areas (for safety reasons and to reduce urban noise pollution).

Weather is another factor in their decision. Scotland, being farther north, is susceptible to harsher weather conditions than other parts of the United Kingdom. Rainstorms and gale-force winds — along with thick cloud cover —could hamper launch efforts.

A report by aviation officials delivered to the government on the efficacy of spaceplanes explained: "The more challenging meteorological environment in these locations is, therefore, very likely to impact on the economic potential and viability of operations in these locations."

The turn of the century saw spaceflight technology branch out to non-government agencies, like Russia’s Roscosmos. Private companies like SpaceX and commercial innovators such as Virgin Galactic and XCor are making a profitable industry by reaching beyond the clouds. The British government wants a slice of the market, hoping to control 10 per cent of it by 2030.

Speaking that the Farnborough event, Robert Goodwill, British aviation minister said: "In order to lead the way on commercial space flight, we will need to establish a spaceport that enables us to operate regular flights... We want to work with others to take forward this exciting project and have Britain's first spaceport up and running by 2018."

The Future is Now:

Scotland is due to vote in September on its right to be an independent country. A ‘Yes’ vote in this referendum would mean the newly independent Scotland loses the opportunity to host the planned spaceport. Further, the smaller United Kingdom will have a more narrow choice of candidates.

The craft in question resembles a small aeroplane, complete with cockpit, fuselage and wings; capable of hypersonic speeds.

The concept of spaceplanes and sub-orbital craft has gained traction in the last decade, with moguls like Richard Branson and Jeff Greason taking an interest in the commercial benefits. A ride on a spaceplane, like Virgin Galactic’s VSS Enterprise, would take occupants 60,000 feet into the sky, allowing them to experience between 5 and 15 minutes of weightlessness. Branson’s program continues to perform well during unmanned tests and is well on target for its first commercial flight next year.

Now that the shortlist has been revealed, site operators are pushing for their respective complexes to win the government’s approval. Three months of business meetings will be conducted to hammer out an arrangement for the acquisition of a single site. Eventually one will be chosen and work can begin on augmenting the base’s structure and runways. The Civil Aviation Authority (CAA) in the United Kingdom will be keeping its watchful eye on every step of the proceedings as Britain expands into the largely unexplored area of commercial spaceports.

The CAA also released a report detailing the potential opportunities if the UK ventures into this budding industry; a review that has taken two years to complete. However, the CAA warned of the volatility of the technology involved, warning it could be a thousand times more dangerous than the commercial airline industry. The authority also stressed the importance of safety and has called for “full contingency plans” to be in place in the event that something does not go according to plan once the operation is active.

Plans for a British-based spaceport come alongside SpaceX’s decision to build its own launch facility in Texas, which has received the Federal Aviation Administration’s approval. The company aims to have its own dedicated site to test and launch craft, meaning the company will be relying less on Air Force sites like Cape Canaveral.