TunnelBear VPN is the easy-to-use virtual private network you've been waiting for. 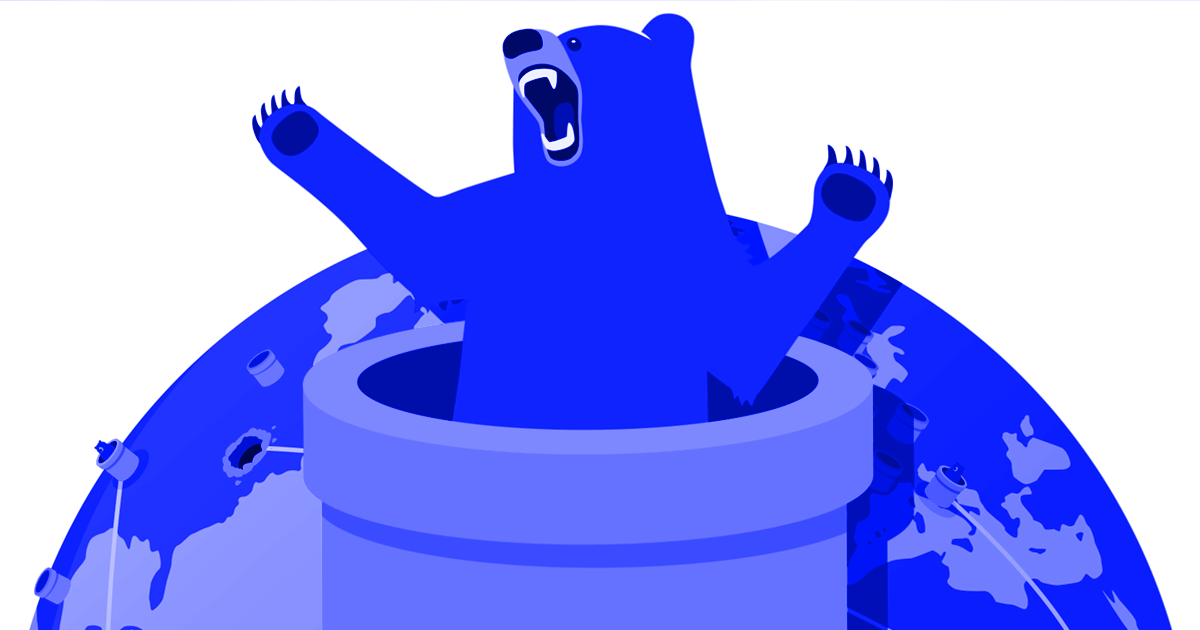 A VPN is essential for anybody who wants to stay private while using the internet, away from either the prying eyes of advertisers or other even more sinister entities. But choosing one can be easier said than done, with so many different products out there. That particular struggle can now come to an end, though, because you’re about to learn all about TunnelBear VPN, an easy to use virtual private network that turns your online devices into metaphorical tunnels that travel all over the world, scrambling your physical location from online trackers and securing your privacy at the same time.

Preventing password and data theft by encrypting your internet connection is only one of the benefits of using TunnelBear. It can also be used to access region-specific content for any region in the world, no matter where you are. And similarly, it can allow users to bypass government censorship by “tunneling” somewhere that doesn’t impose restrictions on the content you’re trying to access. TunnelBear also lets you play games on different servers, prevent your ISP from throttling your internet speed, and even unblock apps and websites that are blocked when you use the internet at school or at work. So be sure to use with caution!

TunnelBear lets you browse the internet effectively from any of the following 22 countries across the world:

Conversely, you can also use it to “tunnel” back home and use the internet as it is there, provided you live in one of those aforementioned 22 countries.

TunnelBear has everything a VPN needs, and much more. It was designed to maximize with a global server network that boasts “no throttling, no buffering, no fuss,” whether you’re browsing social media, streaming online video, or downloading movies and games. It’s also the only VPN out there that publishes regular security audits of its products by independent experts, making its security something you can rely on indefinitely. Then there’s its powerful AES 256-bit encryption that serves as TunnelBear’s default option -- weaker encryption isn’t even available. And it’s works on almost any major computer, smartphone, or tablet -- Apple and iOS, Android, and Windows.

You can try TunnelBear for 500mb of data a month, and if you like it you can upgrade at any time for unlimited data. That will cost just $9.99 a month for up to five devices, but you can get it for about half that if you pay by the year, which costs $4.99 a month, or just $417 per month with a two-year plan. And both pricing plans offer priority customer service whenever you need it.

So head over to TunnelBear’s official site here and get started right now. And before you know it you’ll probably wonder how you ever used the internet without it.

Read This Next
Brands We Love
Protect Your Privacy and Keep Your Data Safe With a VPN From Private Internet Access
Brands We Love
If You Care About Your Online Privacy, You Need To Use a VPN
Brands We Love
If You're the Least Bit Worried About Online Privacy, It's Time to Get a VPN
Brands We Love
Big Brother Is Watching You Online. But a VPN Can Help Block His View.
Brands We Love
This VPN Makes Securing Your Online Privacy as Easy as Flipping a Switch
More on Hard Science
Tractor Beam
Yesterday on the byte
Scientists Build Working Tractor Beam, Although It's Comically Tiny
Having a Blast
Jan 18 on the byte
New Study Shows Where You Should Hide to Survive a Nuclear Attack
Offworld Amino
Jan 15 on the byte
Scientists Find Building Blocks of Life in Meteor That Smashed Into Family's Driveway
READ MORE STORIES ABOUT / Hard Science
Keep up.
Subscribe to our daily newsletter to keep in touch with the subjects shaping our future.
+Social+Newsletter
TopicsAbout UsContact Us
Copyright ©, Camden Media Inc All Rights Reserved. See our User Agreement, Privacy Policy and Data Use Policy. The material on this site may not be reproduced, distributed, transmitted, cached or otherwise used, except with prior written permission of Futurism. Articles may contain affiliate links which enable us to share in the revenue of any purchases made.
Fonts by Typekit and Monotype.