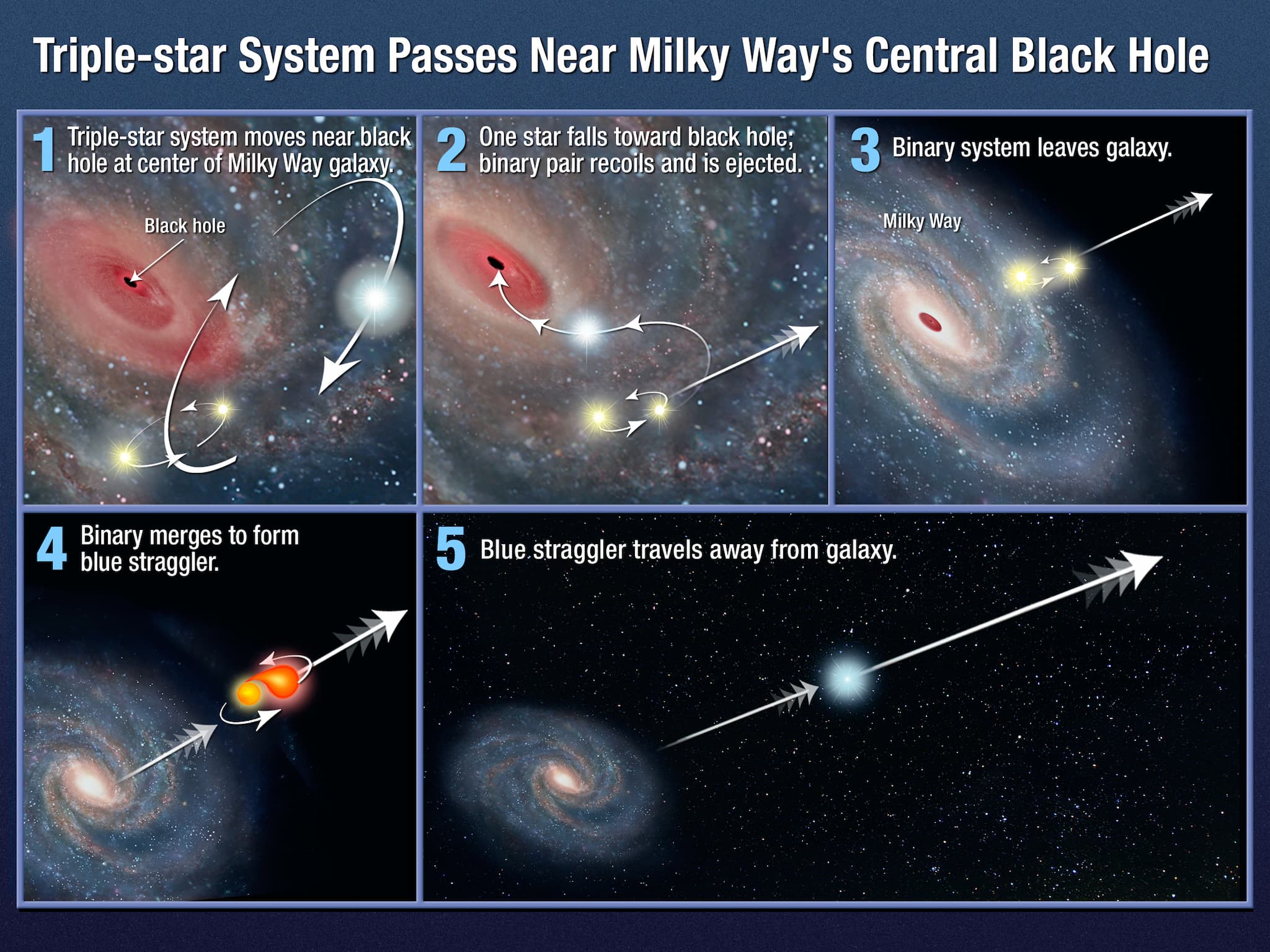 If you've ever gazed up at the night sky (and lets just admit it, we all have) you've probably wished upon a shooting star (which are really meteors burning up after entering Earth's atmosphere) at some point in your life, but shooting stars actually do exist, and they're as rare as one in 100 million.

In 2005, astronomers discovered the first "hypervelocity" star careening out of the galaxy into intergalactic space at nearly 530 miles per second or almost 2 million miles per hour, which is 10 times faster than ordinary star movement. They were first theorized to exist in 1988, but not confirmed for several more years. The theory was that binary star systems at a galaxy's center would occasionally wander too close to the supermassive black hole looming there, which would disrupt their orbital dance. While one of the pair was captured by the black hole, the other would be sent rocketing off at incredible speeds.

Back in 2010, another one of these so-called "outcast" stars were discovered that has a slightly more interesting story than the first hypervelocity star that was discovered in 2005 -- and its fall from grace began 100 million years ago. This one is much closer to us and is rocketing out of the galaxy at the intense speed of 1.6 million miles per hour -- over three times faster than the sun is orbiting the galaxy's center! Astronomer's think the star likely resided in a multiple star system that wandered too close to Sagittarius A* in the Milky Way's center. One of them was was lunch for the supermassive black hole, while the momentum of the dead star was transferred to the remaining two, causing them to be flung violently into space at warp speed. The thing is, there's only one star and it's considerably more massive than the sun, so it should have technically exploded as a supernovae a long time ago. This suggests that the two stars actually merged into one, which rejuvenated the stars and extended their life span, categorizing the larger star as a blue-straggler.

Now, the star has traveled 200,000 light-years from the Milky Way's center and is destined to live a lonely life in the outskirts of the galaxy, before violently vomiting its guts up into intergalactic space.