Travel Of The Future: Meet The Levitating Transport System 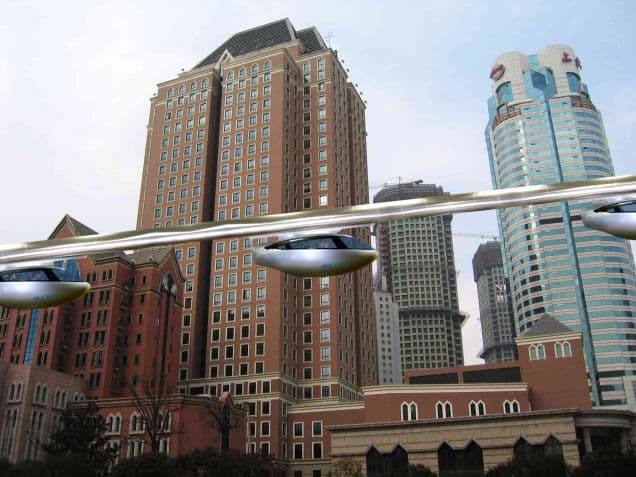 Did you ever wonder what travel might look like in the future? Well, you won't have to wonder much longer: Meet the Personal Maglev Transport System.

Modern civilization is plagued with transportation issues, from traffic jams to city-wide smog. However, a few countries are combating this issue by using powerful electromagnets to develop high-speed trains. These new forms of travel are called "maglev trains." Maglev is short for "magnetic levitation." Essentially, the trains float over a guideway using magnets instead of the typical steel wheel and steel train tracks. In this way, the trains levitate.Electromagnets attract metal objects, but this is only a temporary attraction. If you disconnect either end, and stop the slow of electricity, the magnetic field is taken away i.e., levitation stops. In these new trains, the magnetic field is created by the electrified coils in the guideway walls.

Using magnets is an effective way of traveling, as it significantly reduces friction. Long route trains can reach speeds of 500 kilometers, or about 310 miles, per and hour. And now, SkyTran—a NASA Space Act company—is building a pilot of its two-person, high speed maglev transport system.

The above image gives you some idea of what the cars will, ideally, look like. SkyTran is a Personal Rapid Transit system that was first proposed by inventor Douglas Malewicki in 1990. And we are set to make this idea a reality. The cars will run some 6 meters, 20 feet, above the ground. Each SkyTran car will be able to transport two individuals (so don't plan on using them to transport the whole family, unless you have a smallish family). The cars will also be able to travel over 64 km (40 miles) per hour, and you will be able to call one  with smartphone apps.

This may seem like a costly enterprise, but it's expected that (to get a lift on the final product) it will cost less than your average taxi ride. Most plans also call for a sidetrack for the stations, so cars will be able to re-enter the main line after acquiring their passengers without slowing the flow of traffic. The cars should also be able to switch tracks to take different routes quickly. The current plan is for a trial in Israel, which will consist of a 1,500 foot closed loop. This SkyTran trial is expected to be up and running by the end of 2015. If it is a success, a commercial roll-out may follow.

Personally, I think that the little cars looks amazing...though it does remind me a little of the Monorail from the Simpsons...