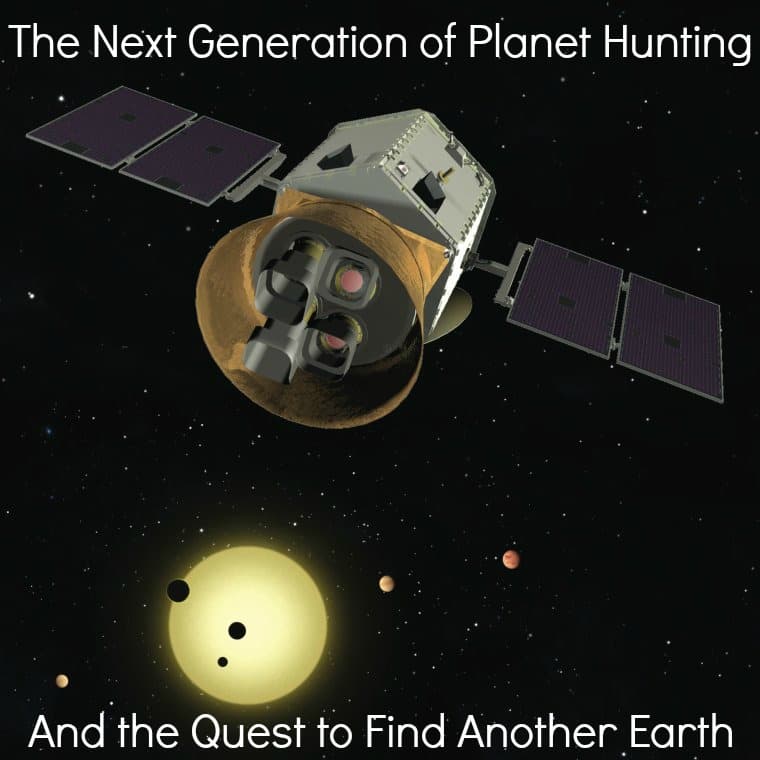 On Thursday, April 18, scientists announced the discovery of Kepler-62e, Kepler-62f, and Kepler-69c. To date, these planets are some of the most Earth-like planets astronomers have found, further adding to evidence suggesting Earth-like planets could be very common in the universe. With a cosmos packed full of the stuff of life, and planets that at least look favorable to our type of life, some scientists are suggesting we take our search for alien life to the next level.

Some researchers are calling for the next generation of instrumentation to help us answer the question ‘are we alone.’ This generation of instrumentation would enable us to make extremely detailed observations of promising planets, giving us a more complete picture of surface conditions seen on these alien worlds. Lisa Kaltenegger from the Max Planck Institute of Astronomy said, “You really want to collect light from these planets to figure out whether or not there’s water, and even signs of life on these planets.”

The Kepler space telescope has been making a ton of progress in its mission to help us understand the nature of solar systems in the universe. One of Kepler’s mission objectives was to determine how common Earth-like planets are in our galaxy. Since its launch in 2009, Kepler has discovered about 2,700 planet candidates, 90% percent of which are expected to be confirmed (in contrast to the 122 that have already been confirmed and given planet status). Using data collected by Kepler, scientists have estimated about six percent of the approximately 75-billion red dwarf stars found in the Milky Way host ‘habitable’ Earth-like worlds. Using the lowest possible estimates, that means that there could be as many as 4.5 billion places just as ‘special’ or ‘unique’ as our own world.

Already, Kepler has inspired the design and construction of planet-finding specific satellites, such as NASA’s Transiting Exoplanet Survey Satellite, which is scheduled to launch in 2017. As Dr. Kaltenegger mentioned above, merely cataloging planets that infer habitability is a far cry from determining whether or not a planet actually is Earth-like. The next phase of our search for alien life must be able to make detailed observations of exoplanets, allowing us to more thoroughly study the atmospheric compositions of our favorite alien worlds. But that is easier said than done.

There are really only two ways to study a planet’s atmosphere. Obviously, the easiest is to send a probe to the planet allowing us to make extremely detailed observations – such as the types of science currently being done on Mars. Obviously, with today’s technology, we won’t be sending a probe to the Kepler-62 system (which is some 1,200 light-years away) and getting the data back anytime soon. Fortunately, the second option is a lot ‘easier’ and certainly more doable.

Using spectroscopy, scientists are able to study light as it passes through a planet’s atmosphere. Elements in the atmosphere absorb some of the light creating unique atomic spectral lines allowing scientists to rather precisely understand the composition of objects in the universe. Studying the spectral lines of a planet around another star is already a tough task, it only gets complicated by the annoying presence of the planet’s host star – which is about a billion times brighter than the planets orbiting it.

Even though the task at hand is very difficult, it isn’t an impossible feat. Scientists have already proposed missions such the Terrestrial Planet Finder (TPF) which uses two different methods to study the atmosphere of exoplanets. Even though projects like the TPF didn’t receive funding when they were originally proposed, they will likely be revisited as we continue uncover the awesome number of planets contained within our galaxy. Simply knowing that a rocky planet is around that star is no longer enough; we need to classify and categorize these planets to further understand which one’s can and can’t support life as we know it.

Who knows, if we are lucky, we might even find signs of life contained within the atmosphere itself, like a distant ‘hello’ echoing across the galaxy.