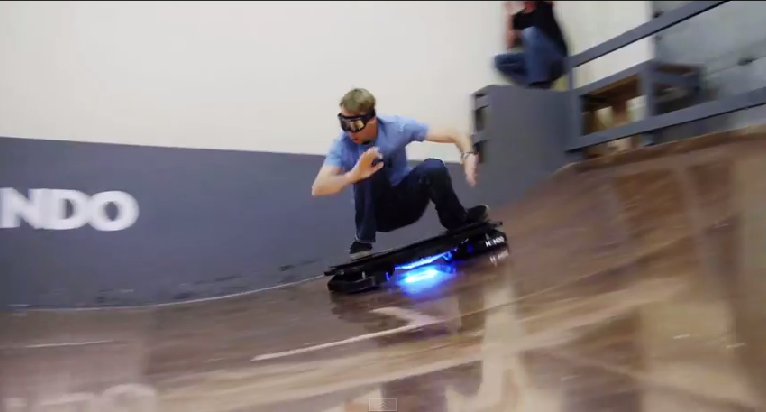 Recently, the team at Arx Pax created a one of a kind hoverboard that allows individuals to float across metal surfaces, not unlike Marty McFly in Back to the Future.

This design was created by Californian architect Greg Henderson, who founded Arx Pax with his wife in order to see where this technology could take us. At present time, the duo's primary goal is to get the technology out to the public to see what other uses people can come up with.

The present device is a little different from what McFly soars around on in Back to the Future. Henderson explains, explains how the technology works alongside magnetic field architecture: “A magnet has an electromagnetic field. It is equal in all areas. It has a north and a south pole. What if you were able to take that magnet, and organize the magnetic field so that it was only on one side? And then you combine that with other magnetic fields in a way that amplifies and focuses their strength? That’s magnetic field architecture.”  And when this kind of architecture is used alongside a copper floor—you get a hoverboard. Skateboarding legend, Tony Hawk, was given the opportunity to ride the recently unveiled Hendo Hoverboard. The video is pretty amazing.