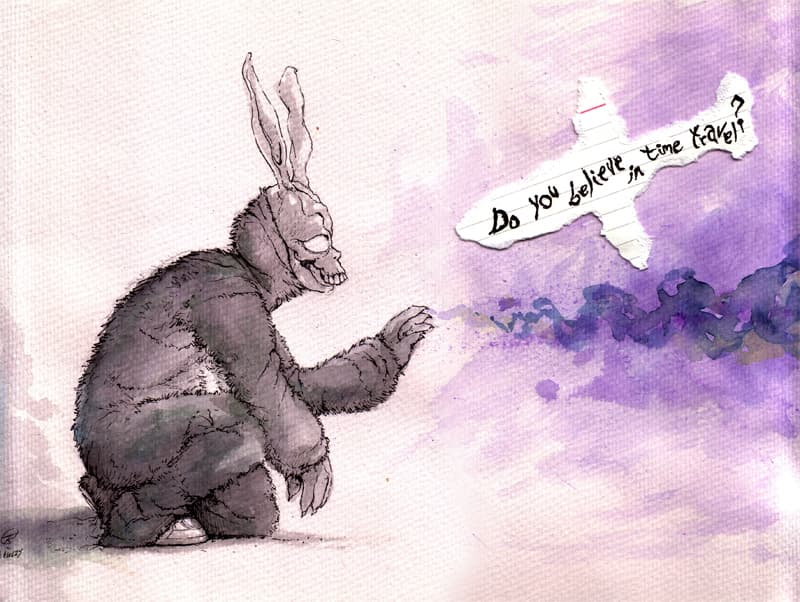 Almost all of us have seen one or two movies featuring time travel. The concept of going backwards and forwards in time has always sparked people's imaginations.

Historically, it has always been considered nothing more than only science fiction; however, this changed when Albert Einstein's theory of relativity opened the door for the possibility of time travel. This gave us a new way to view space and time -- one that was very different from the existing picture established by Isaac Newton.

Newton’s classical mechanics was based on the premise that time passes uniformly anywhere and everywhere. Einstein's special theory of relativity, however, tells us that the flow of time is not constant everywhere in the universe. The faster you move, the slower time will be--until you reach the speed of light, where the flow of time will appear to stop. This essentially proves that time travel into the future is possible; all you need to do is ride a spaceship that moves at a speed close to the speed of light, orbit the Earth for quite some time, and then return. If your spaceship moves at 95% the speed of light and you orbited Earth for 1 year, when you return 10 years would have passed on Earth.

This theory also tells us that if you move faster than the speed of light, you will be able to travel back in time. Of course, as most of us might already know, nothing can go faster than light, but Einstein's other theory of general relativity has some predictions that may allow us to cheat the laws of physics and travel faster than light.

Einstein's general theory of relativity deals with gravity and the fabric of spacetime. In Einstein’s picture of the universe, space and time are combined into one spacetime, and the geometry of spacetime is affected by the matter that is in it. Einstein showed that the fabric of spacetime can be bent, stretched or twisted depending on the matter within it. We can take advantage of this to be able to travel faster than light; all we need is a rotating black hole. The rotating black hole continuously twists the spacetime around it. Therefore, if we could orbit the black hole at a speed very close to the speed of light, an outside observer would see us moving at a speed faster than light depending on how fast the spacetime is being twisted. We are not breaking the laws of physics here, as we are not actually moving faster than light. It is when viewed from the outside that we will appear to be doing so, because of the addition of velocities.

Another prediction of general relativity that we can use is the Einstein-rosen bridge, or as it is more popularly known, a wormhole. A wormhole is a cosmic shortcut from one point in spacetime to another. It can be visualized by making two separate points on a piece of paper meet by folding the paper. We should remember that Einstein combined space and time into one so we can use a wormhole to travel through both space and time. It is still not certain how we can make a wormhole, and once we are able to make one general relativity tells us that it will only last for a very brief amount of time. Keeping the wormhole open will be another problem.

The possibility of travelling back in time has long been debated. Most are convinced that it is impossible because of the many paradoxes it can cause, particularly on the law of causality. The law of causality states that the cause should always happen before its effect. This law can be broken by backwards time travel, as is shown by the famous grandfather paradox. If you will go back in time and kill your grandfather, your father, and hence you, will not be born. If you were not born, you will not be able to kill your grandfather, hence, you will be born, and you will be able to kill your grandfather, and so on... Another paradox concerns the passage of information from one time to another. Let's say that we go back in time and teach the young Isaac Newton all the laws of physics that he himself discovered. Now, where did those laws come from? We can no longer say that it came from Newton because we taught him those ideas. We, on the other hand, cannot say that it came from us, as obviously it came from Newton. Lastly, the easiest paradox to understand is why don't we see time travellers from the future? There are many more paradoxes that we can think of with backwards time travel but fortunately, modern physics has a solution to these paradoxes.

To resolve the paradox of going back in time, some physicists say that if you were to go back in time, you would arrive in the past of another universe. So, when you go back in time, you will arrive in another timeline, a timeline that you can be able to affect in every way without causing paradoxes. This theory of parallel universes arises from the probabilistic nature of quantum mechanics. In quantum mechanics, you cannot tell the specific position of a particle, rather you can only compute for the possibility that it will be in a specific place. Every one of those possibility happens,  not in our universe but in another universe. In fact, this theory tells us that there are an infinite number of parallel universes, one of which may have me inventing an iron man suit, or another in which you are Batman.

According to some, time travel is slowly becoming a reality. If we are somehow able to travel through time, we could become masters of the universe (or very nearly so). The philosophical and scientific basis for time travel is still being debated upon, but once we do invent a time machine (and I'd like to think it is at least possible that we will), it will be the most important discovery of humankind.