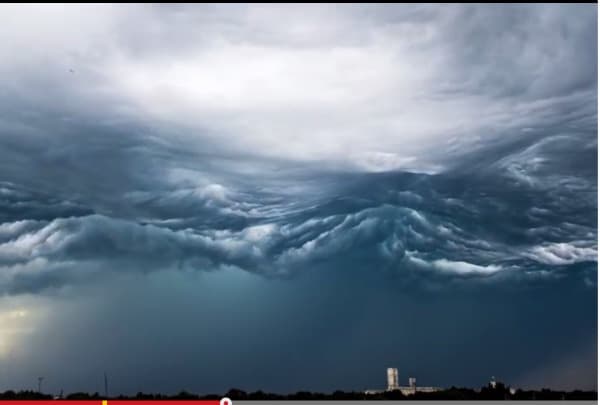 In the summer of 2014, storm chaser Alex Schueth managed to capture one of the most spectacular cloud displays one could hope to witness. This time-lapse shows a rare cloud formation called a "undulatus asperatus." The name of this formation was first proposed in 2009, and it roughly translates to “roughened or agitated waves.” The name, as you can see, is rather appropriate. These dark and stormy clouds travel across the sky looking  like ominous waves rolling on the ocean.

The storm unfolded over the sun-splattered landscape of Lincoln, Nebraska.

Storm chasing might sound like a rather dangerous occupation. Yet, driving, more than anything else, has led to the deaths of storm chasers.