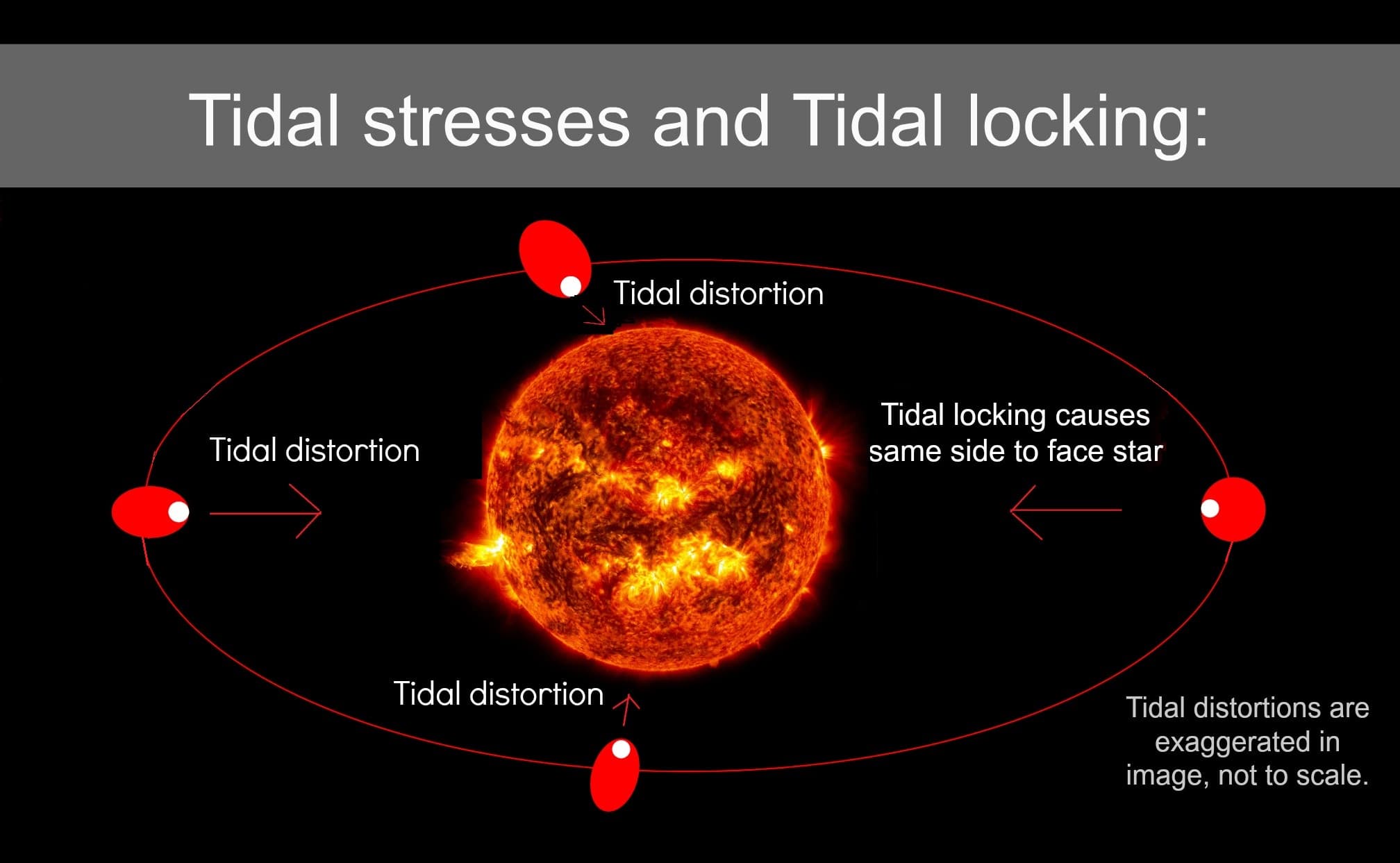 Our planet is able to sustain warmth because of its atmosphere and its proximity to the Sun. However, as you may know, most of the other planets aren't so lucky; nearly all of them have rather frigid temperatures.

For example, take a look at moons like Enceladus or Europa. These moons (of Saturn and Jupiter, respectively) are known as "icy moons." As a result of the extreme temperatures, which are hundreds of degrees below zero, both moons have a thick layer of ice many kilometers deep; however, we know that liquid water still exists on them. How can this be?

Well, the secret lies with gravity. You see, these moons don't orbit their respective planets in perfectly circular orbits - they orbit in ellipses. This basically means that, during certain points, the moon is closer to the planet than at others. As such, it means that the gravitational force is stronger at some points in the orbit than at others.

This is the cool part. As the gravitational force changes, the moons are essentially compressed and expanded. The entire moon slightly changes its shape. Ultimately, this causes the moon to heat up, resulting in liquid oceans on Europa or active geysers on Enceladus. As a neat side-fact, the icy surface of Enceladus is covered with many meters of snow. This is because the water from the geysers (which is often ejected HUNDREDS of kilometers above the surface) falls back as snow.

Some scientists think that these liquid oceans, combined with heat provided from the moons' cores, may allow something along the lines of a "squid" or other complex eukaryotes to live within the oceans! Just as on Earth, these creatures may habit the ocean floors, right next to vents, which provide much needed warmth and energy. However, we'll never know until we get some kind of "submarine probe" there.

Thankfully, that day may not be far off.