Thor Has a Hammer, Well and a Mountain: 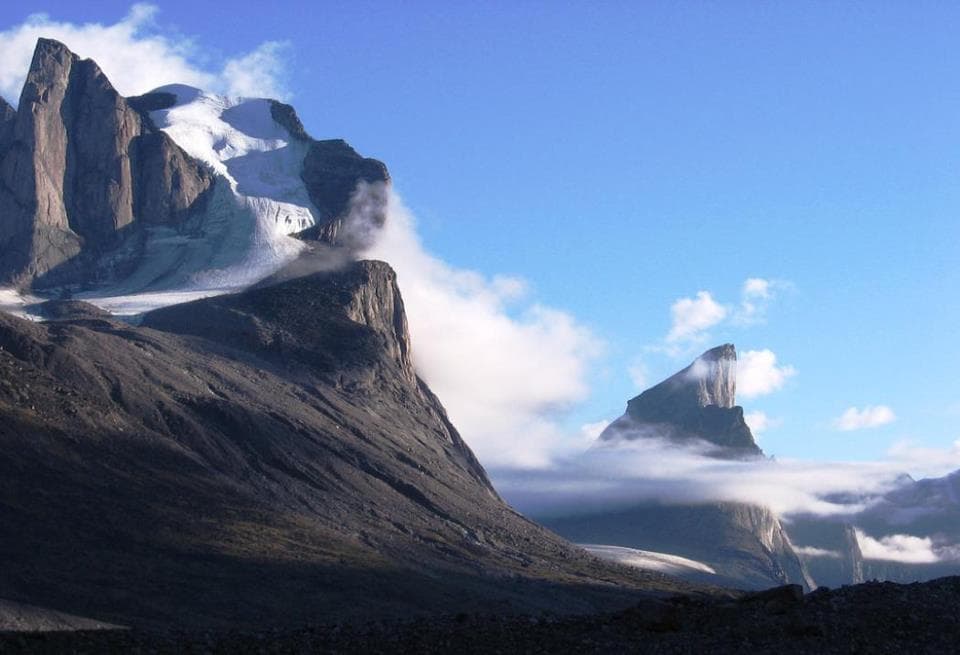 For those of you that have a keen sense of adventure, visiting Mount Thor — which was named after the Nordic God of Thunder — should be a top priority on your bucket list. Mount Thor can be found in Auyuittuq National Park on Baffin Island, which is in Canada. Here, rock-climbers and thrill seekers alike are met with the greatest vertical drop on the planet, with a sheer drop of 4,101 feet (1,250 meters) that slopes downward at an average angle of 105 degrees.The mountain itself is located about 29 miles (46 km) northeast of Pangnirtung, but is just a small part of the Baffin Mountains, which forms a large portion of the Arctic Cordillera mountain range. If one wanted to visit, the only official site to provide access to this natural wonder of the world is at the entrance to Akshayuk Valley near Overlord Peak. If you do decide to visit, make sure to bring a heavy coat. The temperature often drops down below -40 degrees Celsius in the winter!

Located off Cape Perpetua -- a typical Pacific Northwest headland off from the coast of central Oregon, Thor's Well is a beautiful but very dangerous spectacle to behold. Thor's Well (also known as 'Spouting Horn') is a salt water fountain/sink hole, which is operated by the immense currents of the Pacific Ocean. Since the area is shrouded in sharp rocks, getting a picture of this natural beast is difficult, but the results are incredibly beautiful.

Sinkholes are, to be frank, terrifying monsters. They are massive holes that open up in the Earth without warning. They can be as small as a car, or they can span hundreds of acres. Some dip just a few meters into the earth, while others are over 600 meters (2,000 feet) deep. These beasts have swallowed people, cars, trees, and even entire houses or city blocks. Sinkholes are terrifying; they are unstoppable; they are deadly; and they are almost entirely unpredictable. Sinkholes (also aptly known as “sinks”) owe much of their creation to water. Most often, these gaping maws form because of the extreme erosion that is taking place in the rocks beneath the soil. Sinkholes generally develop slowly as bedrock is whittled away by water, but sometimes, when there has been enough erosion and the pressure is just right (or just wrong), the ground will give way all at once–swallowing trees, people, and anything else unfortunate enough to be standing in the immediate area. Of course, sinkholes are not terribly common. So you do not need to fear being consumed by the Earth while you sleep (though that’s exactly what happened to one man in Florida); however, it is extremely important for city planners to take erosion into consideration during the building process. Failing to do so has proven to have deadly consequences

Thor's Well is believed to have formed from an underwater cave that eventually collapsed. See more amazing images here.