This Watch Changes Your Perception of Time

See time change as never before. 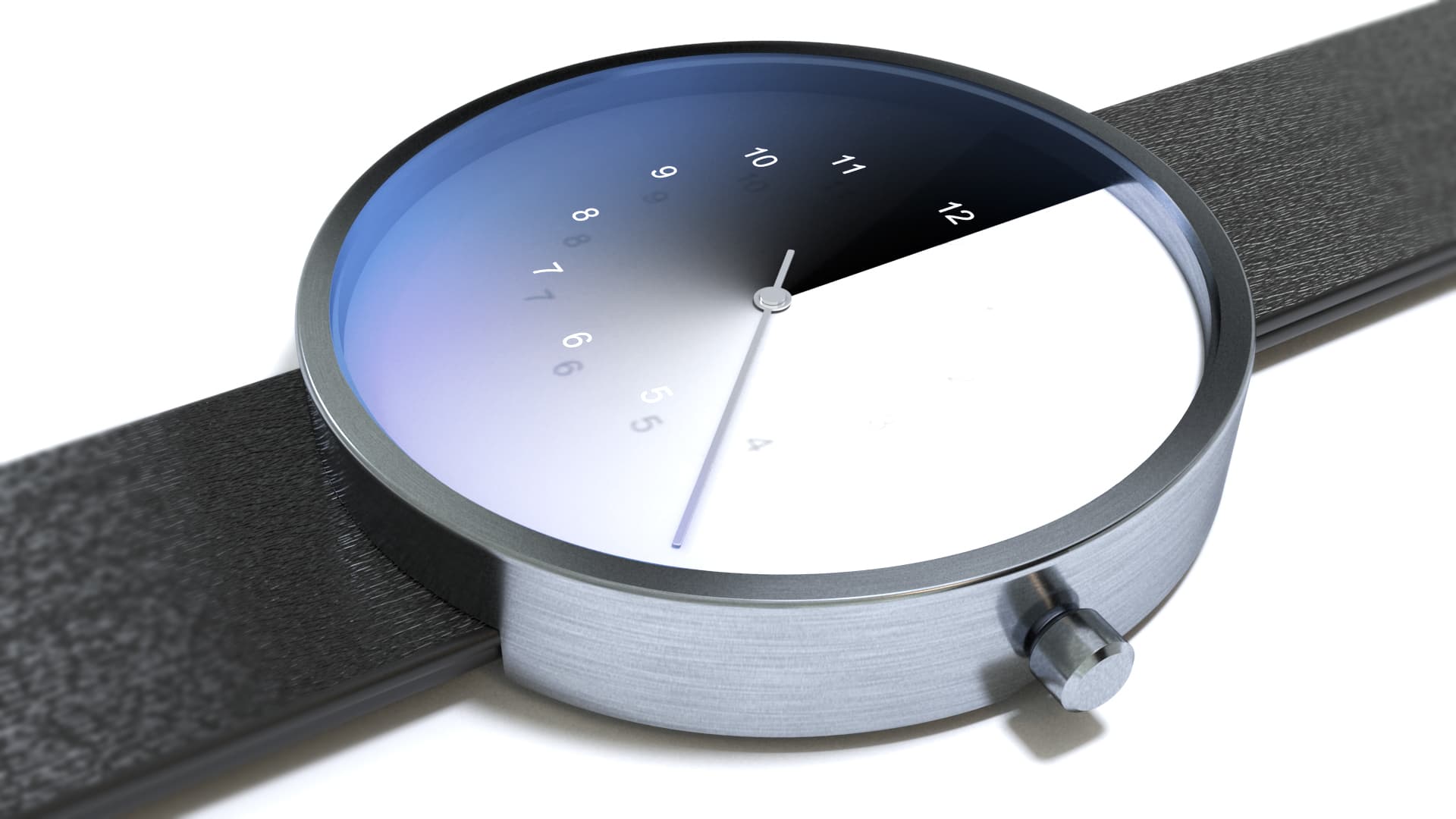 The Hidden Time Watch, a Kickstarter-backed invention, looks just like any other watch from a distance; however, there's a reason the team has already raised more than double its original goal.

Industrial designer Jiwoong Jung has found a unique way to express his fascination with time. As part of the Trio of Time, an international collaboration that melds technology and design, Jung created a watch that literally shows time disappearing. Using an ever-changing gradient display, the watch is designed to remind the wearer to live in the moment, instead of focusing on the past, obsessing over the future, or otherwise wasting the relatively little time that we have.

In a brightly lit coffee shop in Williamsburg, Max Stossel, a filmmaker and advocate in the Time Well Spent movement, succinctly summarizes the problem with how we spend our time in modern society. Highlighting the ways in which the design of our devices, in many ways, isn’t working in our favor, he states, "We live in an attention economy, one where the measure of success is in ‘time spent.’ There’s a lot of money to be made when we are spending our time on specific apps, company websites, and social media accounts. To that end, our technology is often designed around base metrics of ‘what grabs your attention?'"

With this in mind, according to Jung, the Hidden Time watch is meant to remind people of how they are spending their time—to draw people out of whatever their "time-suck" is and remind them that their time is limited and, thus, of terrible importance.

This watch's sleek design allows the main focus to remain on the gradient face. It is made with top-of-the-line materials, and it is a testament to what is possible when art and technology merge. At it's best, technology gives us new ways of seeing the world around us.

To that end, while mechanical aspects are often what tech stories are about, here, we see how inspiration and artistic interpretation can take something as simple as a watch and create a statement.

And keep in mind, creativity has allowed some of the greatest minds in history to answer questions that were previously thought unanswerable, to invent the never-before-seen, and derive new meaning from the natural world.

Read This Next
FROM THE DEPT. OF THINGS TO BUY
Yes, $65 Can Buy You an Actual Invisibility Shield on Kickstarter
Futurism
The 'Hexbot' Transforms Your Desk Into a 3D Printer and High-Tech Assembly Line
Futurism
HEXA Is an Agile, Spider-Like Robot That You Can Program Yourself
Futurism
New Device Lets You Send Terabyte-Sized Files From Your Phone
Futurism
This "Revolutionary Pen that Draws in Any Color" Probably Isn't Revolutionary (or real)
More on Robots & Machines
FROM THE DEPT. OF...
Nov 24 on futurism
The Best AV Receivers in 2022
FROM THE DEPT. OF...
Nov 23 on futurism
The Best Air Purifiers of 2022
FROM THE DEPT. OF...
Nov 22 on futurism
The Best Budget 3D Printers for 2022
READ MORE STORIES ABOUT / Robots & Machines
Keep up.
Subscribe to our daily newsletter to keep in touch with the subjects shaping our future.
+Social+Newsletter
TopicsAbout UsContact Us
Copyright ©, Camden Media Inc All Rights Reserved. See our User Agreement, Privacy Policy and Data Use Policy. The material on this site may not be reproduced, distributed, transmitted, cached or otherwise used, except with prior written permission of Futurism. Articles may contain affiliate links which enable us to share in the revenue of any purchases made.
Fonts by Typekit and Monotype.