HEXA Is an Agile, Spider-Like Robot That You Can Program Yourself

This creepy device is designed to bring robotics to the masses. 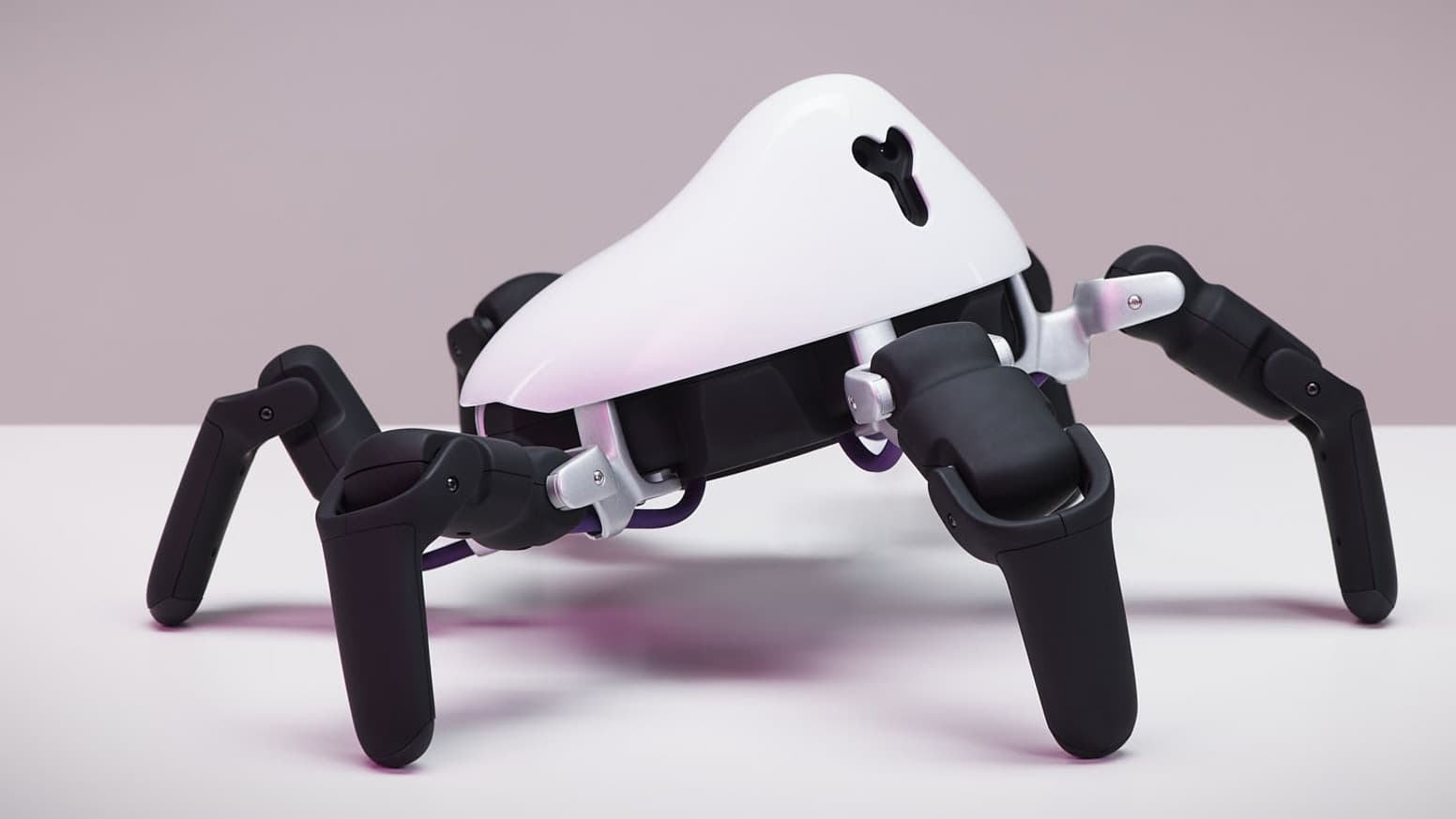 Six Legs Can Be Better Than Two

Consumer robotics company Vincross has introduced a new bot to the world, and people with entomophobia might want to steer clear of it.

HEXA is a small, six-legged robot that resembles a crab or a spider to the point that it even moves at the same deliberate pace. The bot is just under 12 centimeters (4.72 inches) tall and 50.8 centimeters (20 inches) in diameter, which makes it "compact enough to fit in your backpack," according to the Vincross website.

While moving around on its six legs, HEXA uses a range of sensors to "see." These include a 720p camera with night vision, a 3-axis accelerometer, a distance-measuring sensor, and an infrared transmitter. Vincross claims the device "has a high degree of maneuverability and can nimbly handle different environments and terrains." Again, much like a spider.

HEXA doesn't compare to the realness of some humanoid robots or match the complexity of robots like ANYmal or the ostrich-like Cassie, but that's not Vincross' goal. Instead, the company is hoping to use HEXA to help bring robotics to the masses.

Advanced robotics are costly and building them can require access to expensive equipment and advanced engineering knowledge. Those barriers are enough to make the field intimidating, and they limit the number of people who can contribute to the robotics industry's growth.

Vincross is circumventing those complexities by providing consumers with not just HEXA, but also MIND, the bot's operating system and software developer kit.

Based on Linux, MIND will let people create new movements and applications (or "Skills"), thereby expanding the robot's capabilities. A Skills Store will host these programs, making it easy for HEXA owners to share and test new programs and ideas. The store can be accessed via the HEXA app, which is also used to control HEXA's movements.

A Kickstarter is up now to help fund the project's development, and $499 will get you a HEXA, the complete software developer kit, a cable charger, and a few other bonus gifts. They've already raised more than $82,000 with 28 days left in the campaign, so the odds that Vincross reaches their goal of $100,000 are looking good.

Read This Next
FROM THE DEPT. OF THINGS TO BUY
Yes, $65 Can Buy You an Actual Invisibility Shield on Kickstarter
Diner Drama
People Furious at Robot Serving Pancakes at Denny's
Killer Robot Update
Uh Oh, They Strapped a Sniper Rifle to a Robot Dog
Bleep Bloop
Scientists Build "First Living Robots" From Frog Stem Cells
Brands We Love
This LEGO Robot Is the Fun Way to Teach Your Kids About Coding and STEM
More on Robots & Machines
Blow Up Doll
Monday on the byte
Ukraine Accuses Russia of Using Inflatable "Dummy Tanks," Which Deflated
From the Dept. of...
Monday on futurism
The Best UPS Battery Backups of 2023
FROM THE DEPT. OF...
Jan 29 on futurism
The Best Netgear Routers of 2023
READ MORE STORIES ABOUT / Robots & Machines
Keep up.
Subscribe to our daily newsletter to keep in touch with the subjects shaping our future.
+Social+Newsletter
TopicsAbout UsContact Us
Copyright ©, Camden Media Inc All Rights Reserved. See our User Agreement, Privacy Policy and Data Use Policy. The material on this site may not be reproduced, distributed, transmitted, cached or otherwise used, except with prior written permission of Futurism. Articles may contain affiliate links which enable us to share in the revenue of any purchases made.
Fonts by Typekit and Monotype.