Now, your photos come to life with augmented reality. 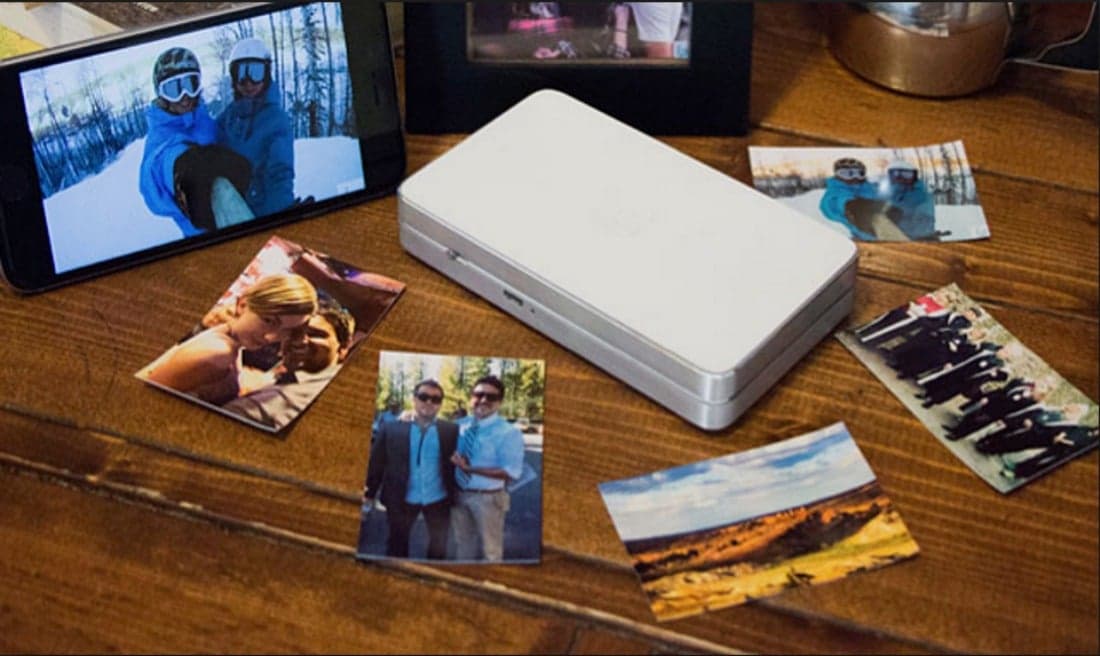 We live online. From weddings to babies, from Halloween to Easter, from casual dinners to first dates—all of our lives are cataloged and chronicled in the digital realm. We take photos, and then we share these memories across the internet. This allows us to connect with people as never before...but it also creates a bit of a problem.

The photos and videos that we share online live there forever, true. But really, Facebook and Instagram are where our memories go to die...to be lost to the recess of the internet.

However, one company is changing that, and they are doing it by turning pictures into augmented reality videos. Yes, pictures that turn into videos.

It's called Lifeprint, and it basically lets you print live videos using a tiny, portable printer. Once you have the picture in hand, you just wave your phone over it and watch the wonder.

In many respects, Lifeprint is like a Polaroid camera, albeit, a technologically evolved one. In fact, Robert Macauley, the mind behind Lifeprint, notes that this is precisely where the idea for the technology came from: "I was photos. Everywhere I went, I had my Polaroid camera with me. Then one day, Polaroid went out of business. I had my first iPhone, so I just signed up for Instagram and signed up for Facebook. That was it, I never printed photos anymore."

However, eventually, sending photos off into internet oblivion got old. "If you think about it, for me at least, the whole point of taking a photo in the first place is to relive the memory. You don’t really do that with Facebook or with Instagram, or especially not Snapchat—that's the ultimate example of that where the photo just goes away."

Then, of course, there is the brussel sprout issue. "Social media has marginalized all of our memories, where a picture of your first dance at your wedding is next to some guy’s brussel sprouts. There’s no way to really capture the special moments and differentiate them as a truly special moment."

Lifeprint changes that by allowing you (and your loved ones) to keep your pictures and videos.

In short, Lifeprint allows you to print a photo, link it to a video that will autoplay with the Lifeprint app, and share that photo and video with others (who can also print the image). This all happens through the app’s built-in social network that lets you instantly share your memories, where others can comment and "like."

To that end, Macauley clarifies that the tech is more than just a printer that prints videos:

The ability to interact with people, the ability to take that moment and share it with some other person—those are all things that you can do on social media that you really can’t do today with physical photos...until we came along.

And you can interface with your other social networks to find old images and videos you want to print. "Currently, it is impossible to find the images you liked," Macauley notes, "But we pull up all your liked videos and images, and you can print those too or send them to others to print."

Of course, you aren't obligated to print the videos that are sent your way. "We don’t want to force anybody to print," Macauley notes. "If you send somebody a picture of your cat for the 100th time, we don’t want that to come out of the printer automatically, so you have the ability to say yes or no by swiping left or right."

And if you upload something by mistake, there is a "master kill switch" to get rid of the content. "For every photo that exists in the network, the original content creator can take the video, take the photo, and remove it from the network. Anybody that tries to view that photo can’t. Anybody that wants to print it again can’t. Now, unfortunately, we don’t have a little self-destruct button to explode the pictures," Macauley jokes, "but everything on the AR side and the social side can be removed."

An algorithm also scans the network to identify any content that may be problematic, and users can also flag content that is worrisome. Macauley notes that the company policy is to err on the side of safety "We have a self-policing option where any user can flag any content as inappropriate. If we get enough of those flags, the content gets removed. No questions asked."

Of course, it is possible to restore removed content. "If someone wants to bring it back, we can, but there’s a review process. We protect people's privacy first, and if it turns out that it's actually art, or is something that deserves to be out there, then we apologize and let it back up."

Finally, there are more uses than just social sharing and printing. "Our own packaging comes to life, so you can literally hold your phone up to our box, and the box itself explains to you what the product does. Every single package around the world becomes a video display, which is really pretty cool. Also, my own business cards come to life."

You can get one here.

Read This Next
Photo Wake-Up
This Algorithm Can Create 3D Animations From A Single Still Image
Brands We Love
You Could Be Using VR to Boost Your Hidden Creativity
Futurism
Augmented Reality Recreates A New York City Not Seen for Centuries
Futurism
Virtual Reality Has Reached A "Tipping Point." It's Officially Here to Stay.
Futurism
Google Is Bringing Augmented Reality Functionality to Chrome
More on Virtuality
Meta Marked
Wednesday on the byte
The Metaverse Industry Is Already Going Belly-Up, for Reasons We Can't Imagine
Try Again
Jan 13 on the byte
Congress Rejects Funding the Military's Microsoft AR Goggles Because They Made Soldiers Sick
Headache Sets
Jan 6 on the byte
US Army Buying Microsoft AR After Soldiers Said They “Would Have Gotten Us Killed”
READ MORE STORIES ABOUT / Virtuality
Keep up.
Subscribe to our daily newsletter to keep in touch with the subjects shaping our future.
+Social+Newsletter
TopicsAbout UsContact Us
Copyright ©, Camden Media Inc All Rights Reserved. See our User Agreement, Privacy Policy and Data Use Policy. The material on this site may not be reproduced, distributed, transmitted, cached or otherwise used, except with prior written permission of Futurism. Articles may contain affiliate links which enable us to share in the revenue of any purchases made.
Fonts by Typekit and Monotype.