This Swedish Startup Could Automate the Trucking Industry

The future of self-driving long haul trucks is here. 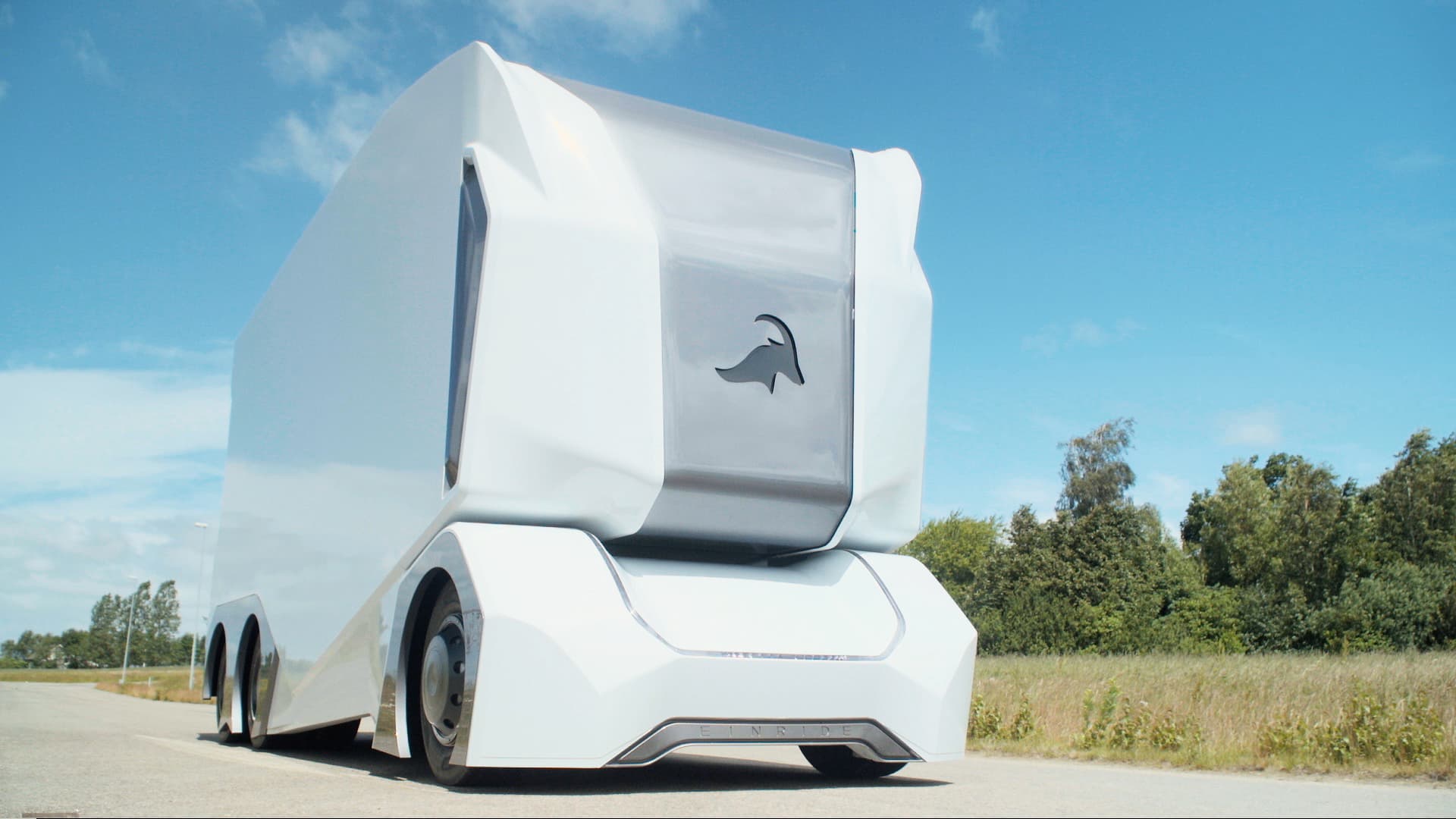 At present, there are already a number of vehicles that feature autonomous driving softwares. As advanced as they are, these vehicles still haven't attained Level 5 autonomy — reserved for truly autonomous systems. For Swedish startup Einride, however, this is the bar to meet, and they have developed a prototype vehicle that fully embraces the autonomous future.

Einride's T-Pod is an all electric truck built for long-haul deliveries. The trailer, which is a little over 7 meters (23 feet) has space for cargo but lacks a cabin for a human driver or operator — as well as everything else that goes in a driving space, i.e. pedals, a steering wheel, and a windshield. It can be remotely controlled by a human operator or run completely free of human control.

The goal is to setup a complete transport system "running between the cities of Gothenburg and Helsingborg, Sweden, and the first active system will cover a capacity of 2,000,000 pallets per year," according to an Einride press release. The prototype, unveiled at a week-long Swedish political event, is set for testing this year. If all goes well, international distribution would soon follow.

Long-haul trucking has always been the number one industry that seemed viable for a full autonomous takeover, as its mostly confined to the highway. Back in 2016, Uber demonstrated the potential for driverless trucks. Einride wants to turn that potential into reality.

Read This Next
Red Light
Godfather of Self-Driving Cars Says the Tech Is Going Nowhere
Cargo Ja
German Space Agency Shows Off Outrageous Modular Vehicle Prototype
Futurism
Autonomous Cars Are Driving on Our Streets. Welcome to 2018.
Futurism
General Motors Will Soon Test Self-Driving Cars in New York City
Futurism
35,000 People Bought Tesla's "Fully Self-Driving" Features, But They Don't Exist Yet
More on Advanced Transport
Netflix and Drive
Monday on futurism
Mercedes Claims to Have Achieved Level 3 Automation, Beating Tesla
Battery Trouble
Monday on the byte
Tesla "Spontaneously" Bursts Into Flames While Driving Down Freeway
High Tide
Jan 27 on the byte
We’re in Awe of Amsterdam’s Huge Underwater Bike Parking Garage
READ MORE STORIES ABOUT / Advanced Transport
Keep up.
Subscribe to our daily newsletter to keep in touch with the subjects shaping our future.
+Social+Newsletter
TopicsAbout UsContact Us
Copyright ©, Camden Media Inc All Rights Reserved. See our User Agreement, Privacy Policy and Data Use Policy. The material on this site may not be reproduced, distributed, transmitted, cached or otherwise used, except with prior written permission of Futurism. Articles may contain affiliate links which enable us to share in the revenue of any purchases made.
Fonts by Typekit and Monotype.