It uses a pressure-sensitive grid attached to vibrating motors. 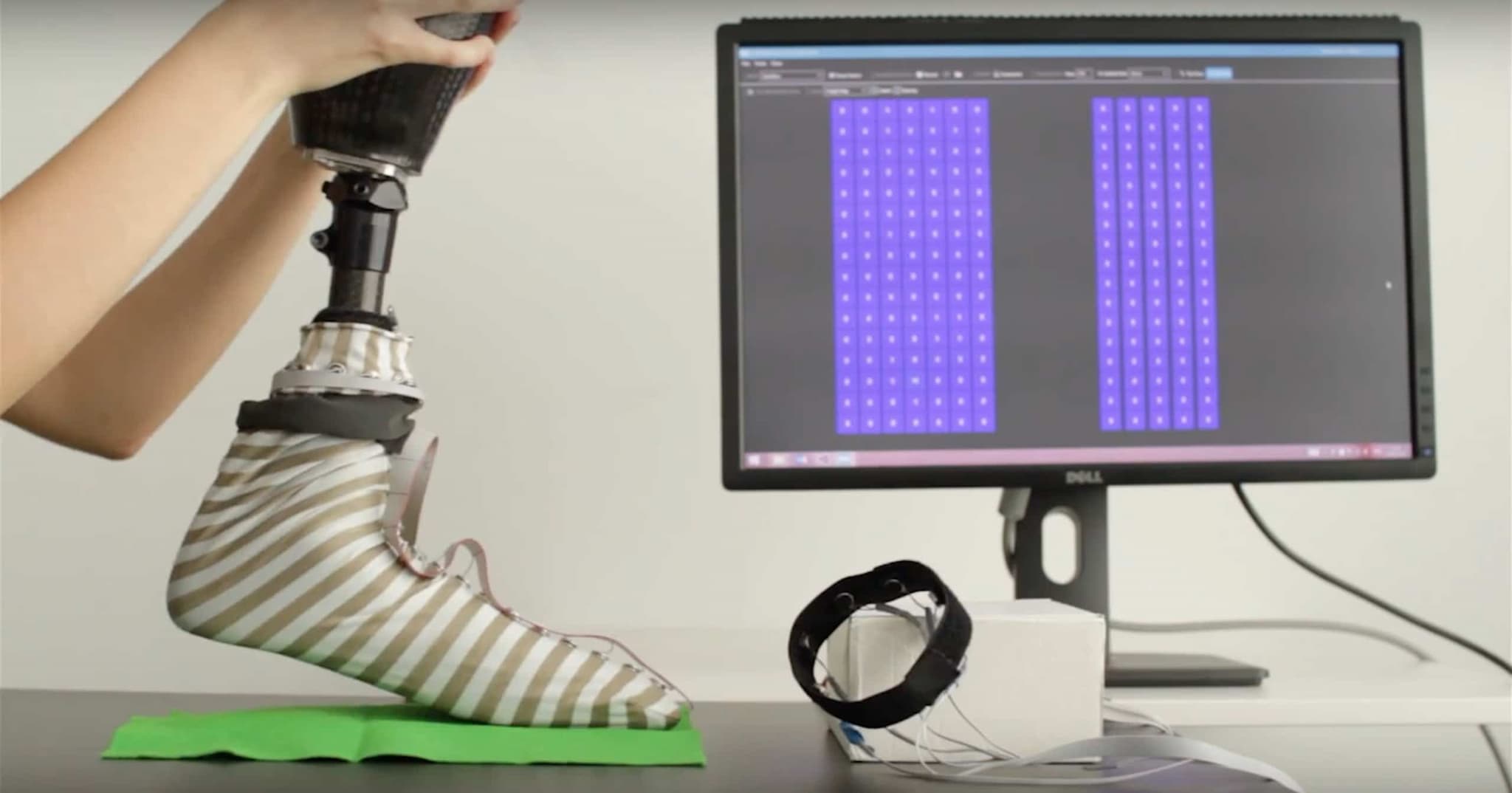 Prosthetic technology is rapidly evolving with mind-controlled robotic limbs and personalized 3D prosthetics, but there isn't a way to affordably upgrade artificial limbs with sensation — until now.

Enter the proCover: A smart fabric — in this case, a sock — that adds touch sensation thanks to embedded pressure sensors connected to vibrating motors, according to a new study from the University of Applied Sciences Upper Austria.

“The design and construction of prostheses that can emulate a natural sense of touch is of growing research interest. However, many of the exciting innovations in this field will likely remain out of reach for most people…Our vision is to introduce a low-cost sensing wearable that can be applied retroactively to prosthetics to address this gap.”

The sock has a layer of conductive fabric called a piezoresistive layer, providing a pressure-sensitive grid across a prosthetic's foot and ankle. In turn, the grid triggers non-invasive vibrating motors that are attached to where an amputee's limb was severed.

The researchers presented their paper at the Association for Computing Machinery’s UIST conference, where it won an award, TechCrunch reported. The team is now working on creating a version for prosthetic hands.

You can watch the proCover in action in a demo video below.

Read This Next
Futurism
Electronic Skin Lets Amputees Feel Pain Through Their Prosthetics
Futurism
Electronic Skin That Heals Could be the Future of Prosthetics, Robotics
Futurism
Georgia Tech's New Prosthetic Arm Enables Amputees to Control Each Individual Finger
Futurism
New Thought-Controlled Prosthetics Restore the Sensation of Touch
Futurism
New Mind-Controlled Prosthetics Are Poised To Transform Humanity
More on Enhanced Humans
Butcher Shop
Yesterday on futurism
Neuralink Employees Admit Company Has Killed 1,500 Animals So Far
Skull Candy
Oct 24 on the byte
A Guy Lost His Eye and Put a Bright Light Into the Socket
So Sue Me
Sep 28 on futurism
Battle Erupts Over Alleged Grisly Photos of Brain-Hacked Neuralink Monkeys
READ MORE STORIES ABOUT / Enhanced Humans
Keep up.
Subscribe to our daily newsletter to keep in touch with the subjects shaping our future.
+Social+Newsletter
TopicsAbout UsContact Us
Copyright ©, Camden Media Inc All Rights Reserved. See our User Agreement, Privacy Policy and Data Use Policy. The material on this site may not be reproduced, distributed, transmitted, cached or otherwise used, except with prior written permission of Futurism. Articles may contain affiliate links which enable us to share in the revenue of any purchases made.
Fonts by Typekit and Monotype.