This Is What Morgan Freeman Sounds Like on Helium 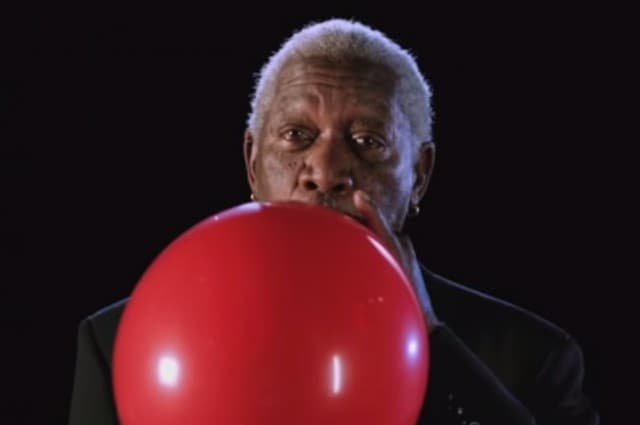 As kids, we all loved to play around with balloons that were filled with helium. If you have any sense, then chances are, you still love playing around with balloons filled with helium. Of course, these balloons are fun to bounce around; however, the most fun comes from inhaling a bit of the helium that the balloon contains, as it makes you sound like a chipmunk (or a chipette, as the case may be).

Why does helium make your voice so high? Well, it doesn't actually alter your voice—It alters your air. You see, the only real reason that we can speak is because of our air flaps AKA our vocal cords, which are flaps of tissue in our throats (but "air flaps" sounds way funnier).

Ultimately, sound is produced by passing air over our vocal cords, which causes them to vibrate. The vibrating vocal cords cause the air around them to vibrate, and this makes sound. Like most other objects in the universe, sound waves behave differently depending on what they are trying to move through. Ordinary, we breathe air that is a mixture of (primarily) nitrogen and oxygen. Helium is far less dense than the air that we normally breath. As a result, the sound waves travel through it much faster than usual.

Morgan Freeman is a person who has one of the most iconic voices in television. He hosts Through the Wormhole on the Science Channel, and his trademark baritone has been featured in films like War of the Worlds and historical documentaries of The Civil War (he has starred in more films than I can remember).

So, what could possibly be better than listening to his amazing voice as he unravels the most complex mysteries of Universe? Hearing him do it on helium. Watch it happen in the video below: