There's a New Kind of Chemical Bond in Town 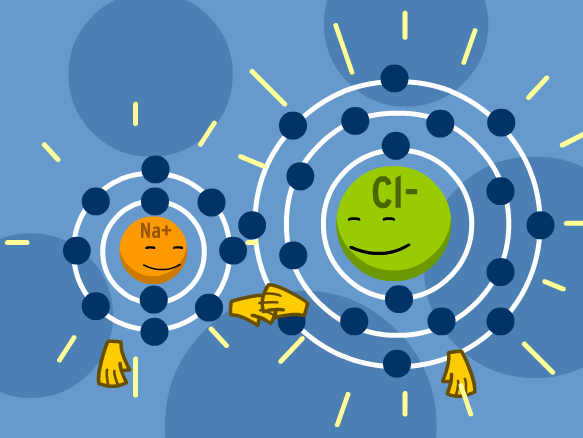 We all remember the basic principles taught in high school chemistry class: There are three types of chemical bonds. However, covalent, ionic and metallic have a little competition now. There’s a new kind of chemical bond in town...a very jittery one.

The new type of bond is being called a “vibrational” bond by chemists at the University of British Columbia (UBC), who first observed evidence of the phenomena more than two decades ago during experiments conducted at a nuclear accelerator in Vancouver.

Experimentation on an isotopic isomer of bromine (Br) and monism (Mu; an exotic hydrogen isotope consisting of an antimuon and an electron) in 1989 showed a very unexpected result, at least in the chemistry world: as the temperature was increased, the rate of reaction slowed down.

There are a very limited number of exceptions to the Arrhenius equation which calls for increased reaction rates with increased temperature, and the UBC team were not looking for one that day, so the outcome was unusual. However, a paper that had been published five years earlier provided a clue. In it, chemists from the University of Manchester and the California Institute of Technology had theorized that a phenomena they called “vibrational bonding” could cause an inverse isotope effect “ … opposite to that for conventional chemical bond energies."

The bond could be created by a lightweight muonium atom bouncing rapidly between two larger bromine atoms. The oscillation of the smaller atom would have the effect of bonding the bromine atoms together and reduce the energy level present in the reaction — and so, despite the increasing temperature, the reaction rate might be observed to slow. Essentially, the muonium atom itself would absorb the thermal energy and vibrate more quickly, strengthening the bond and slowing the reaction.

But theory had outstripped observation in 1989, and researchers were unable to convincingly demonstrate the existence of the bonds using the techniques of the day.

That has changed with new quantum chemistry calculations and experimentation carried out by researchers led by Jörn Manz of the Free University of Berlin. According to Chemistry World, the team was able to demonstrate that in the BrMuBr bonds, a large decrease in the vibrational zero point energy tended to stabilize the system despite an overall increase in potential energy.

UBC’s Fleming and his colleagues also re-ran their experiment from 1989 three years ago in an accelerator at Rutherford Appleton Laboratory in England, according to Scientific American. Their results also confirmed the vibrational bonding taking place in the BrMuBr reaction.

Although the news is exciting for quantum chemists and particle physicists, the conditions under which vibrational bonds are able to form are extremely constrained in this special case. The Big Three bonds — covalent, ionic, and metallic — will remain the primary way that the world hangs together.