The Wonders of Insectivorous Plants: 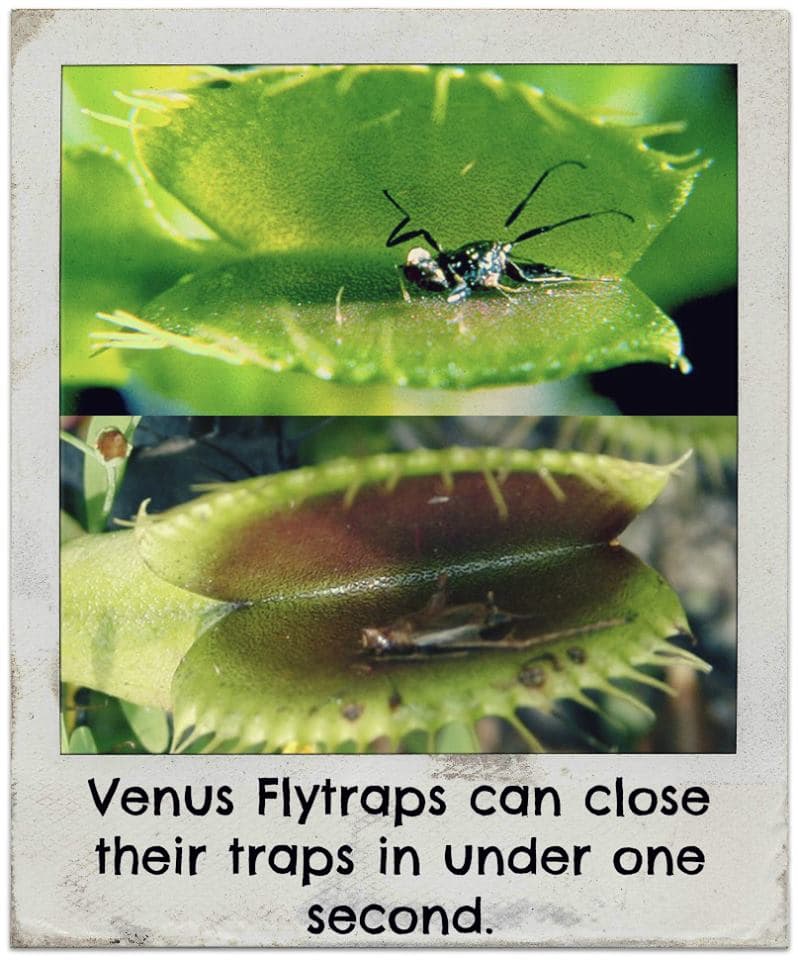 In the 1986 musical classic “Little Shop of Horrors," a sassy, big-mouthed, blood-drinking plant who appeared on earth after a total eclipse of the sun, aims to take over the world, eating anyone who gets in his way. While this is completely fiction and far from reality, the Earth has it’s very own, home-grown carnivorous plants.

Carnivorous plants are described as "predatory flowering plants that kill animals (mostly insects) in order to derive nutrition from their bodies.” [Reference: What are Carnivorous Plants?]  In other words, carnivorous plants will grow without consuming prey, but by doing so they can grow much faster and derive better nutrients from said prey.

One of the best examples of an Active trap carnivorous plant is the famous Venus Fly Trap (Dionaea muscipula). The Venus Fly Trap attracts prey using coloration on its leaves and small nectar glands inside its trap. Then, tiny hairs trigger an action potential in the trap leaves, making them snap shut. Native to bogs and savannahs, the Venus Fly Trap makes up for the lack of nutrients in its acidic soil with the ability to trap prey.

A second type of carnivorous plant is a Semi-Active trap. This group includes plants like the Butterwort (Pinguicula) and Sundew (Drosera). These plants have sticky, fly paper-like glands near the leaf tops that catch prey. After their prey finds themselves helplessly trapped and adhered in place, many plants like the Butterwort curl their leaf margins over their dinner to initialize the digestion process.

In the third and final group, we have Passive trap carnivorous plants; most famously the Pitcher Plants (family Nepenthaceae and Sarraceniaceae). Pitcher Plants have brightly colored, decorative top leaves that form a pit (or a pitcher) for unsuspecting prey to fall into. Enticed by sweet, but intoxicating nectar, prey can’t help but try to get a taste. Due to a special mucus lining the top of the pitcher, insects and other prey slip down into the depths of the plant. Once you've fallen down a Pitcher Plant, escape is futile. The leaves of the pitcher sport downward facing hairs, as well as mucus mixed with rain water, making digestion of prey inevitable.

Although some Pitcher Plants and Flytraps can grow to be quite large, don’t worry – the human race is not on the menu.

Think these plants are cool? Check out our article about animals that utilize photosynthesis as a means of staying alive.