The Solstice: Longest (and shortest) Day of the Year Arrives Saturday 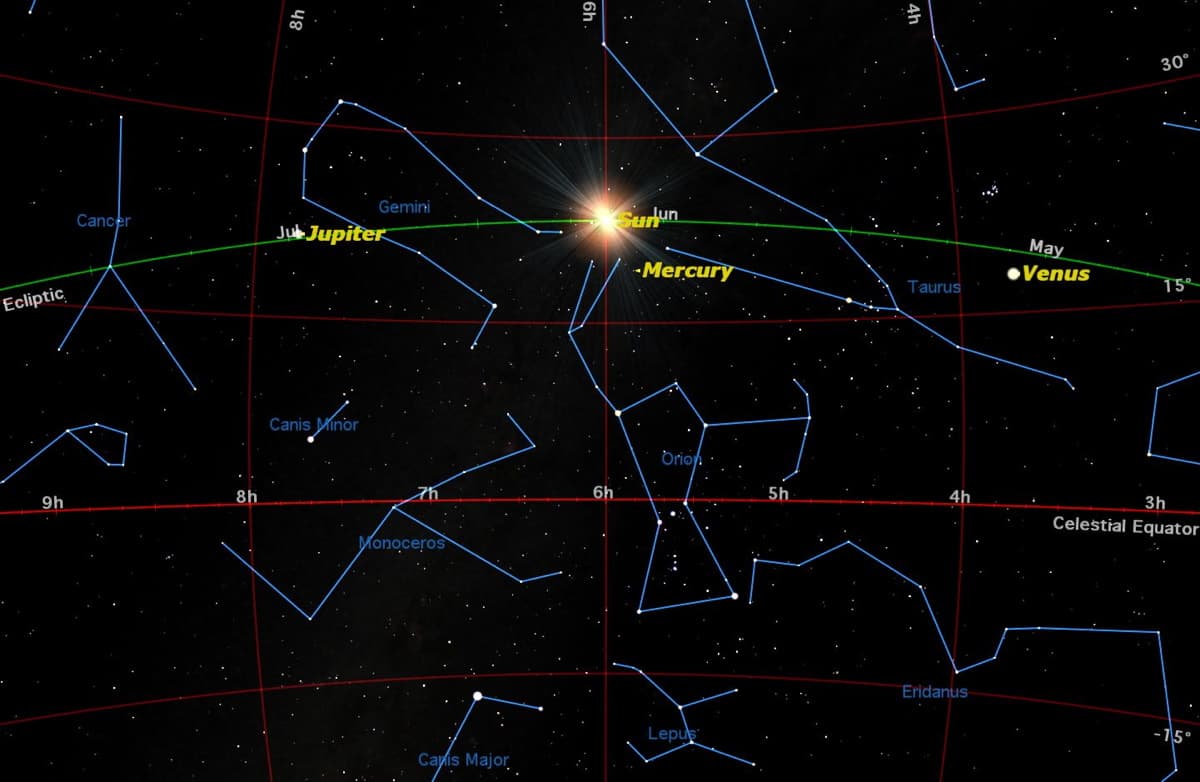 There are many notably way-points that the Earth passes in its annual course around the Sun. This week is going to host one of the more notable points: The Summer Solstice (or the Winter Solstice, depending on where you live). The solstice occurs because of Earth's tilt on its axis. As most of us already know, our planet tilts 23.4 degrees. As a result, the length of a day varies over the course of a year. During one part of the year, the Sun climbs a little higher North each day, which causes more direct sunlight and creates summer. During the other part of the year, the Sun wanders lower in the sky. As the Sun sinks closer to the south each day, the amount of direct sunlight decreases and creates winter. The two extremes (when the Sun appears at the Northernmost and Southernmost points) are called "solstices."  This term comes from the Latin words for "sun stationary."

In the summer solstice sky map (which is pictured above) the celestial equator is marked in red. The numbers mark hours of right ascension (this is the celestial equivalent of longitude on the Earth's surface). The green line marks the path that the Sun will travel across the celestial sphere.

The other notable events that occur as the Earth orbits the Sun are called "equinoxes." At these points, day and night on our planet are most nearly equal. This term fittingly comes from the Latin for "equal night." The equinox occurs because the dividing line between day and night, which is known as the "terminator," becomes almost vertical and connects the north and south poles. In short, on these days, the tilt of Earth's axis appears to incline neither away from nor towards the Sun.

As the Earth revolves around the Sun, the terminator  tilt in a way that provides less sunlight to the northern hemisphere, which causes winter in the north. As the year progresses past the half-way point, terminator tilts the other way, causing winter in the southern hemisphere and summer in the north. You can see this take place in the video below, which is a time-lapse video of an entire year on planet Earth—shown in just twelve seconds! The video was taken from geosynchronous orbit by the Meteosat satellite, which recorded infrared images of the Earth every day at the same local time.