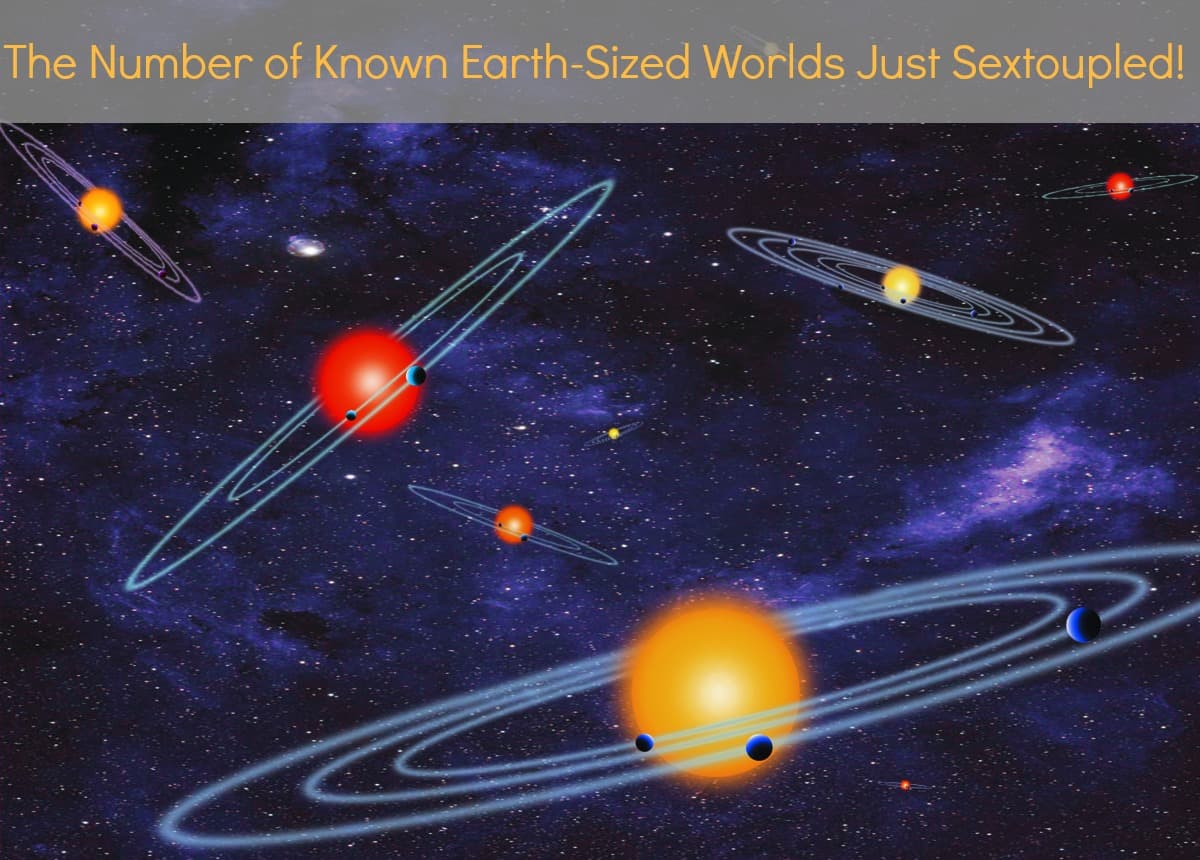 In an amazing new find, scientists working with the Kepler space telescope announced a number of revolutionary discoveries. First, they have confirmed an additional 700+ exoplanets, and ninety-five percent of these planets are smaller than Neptune. Most notably, more than one hundred of these worlds are roughly the same size as Earth, and four of them are in their stars’ habitable zone (which is absolutely necessary if these planets are to support life as we know it).

Ultimately, the search for alien life is often coupled with a search for an Earth-like world. Although aliens could exist in a variety of forms on a variety of planets (sack-like life forms that thrive high up in the clouds on gas giants, for example) it would be easiest to detect alien life if it is life "as we know it" i.e., carbon based life that has the same basic requirements as most life on Earth.

Moreover, if we ever plan on leaving our own little blue dot, it would be helpful to know where the Earth-like worlds are located. Accordingly, each new discovery of an Earth-sized world opens the door to a plethora of exciting possibilities.  And this Kepler discovery just opened 106 new doors.

Scientists in charge of the study assert that Kepler has confirmed the discovery of 106 new planets that are similar in size to our own. This is even more notable as, previously, there were only 20 confirmed Earth-sized exoplanets, meaning that the number of known Earth-sized worlds just sextoupled!

This new data comes fast on the heels of a November 2013 announcement from scientists from University of California, Berkeley, and University of Hawaii, Manoa, which stated that researchers has statistically determined that twenty percent (about one out of every five) of  the Sun-like stars in our galaxy have Earth-sized planets that could host life. It's amazing that, in ten short years, we went from having no evidence of other planets to being part of a community of thousands--many of which *could* be rather similar to Earth.

Notably, some of these thousands are still awaiting confirmation. This is because Kepler is designed to locate new planets by detecting a small drop in a star's light if a planet passes directly between Earth and the star. This process of detection is called the transit method. However, there are a number of other phenomena that could cause a star's light to alter, so these discoveries (these observations) are called "planetary candidates" until they care confirmed.

And while 700 new planets have just been confirmed, Kepler still has a backlog for some 2,500 candidates to sift though, which means that there could be a number of similar announcements on the horizon.

So, how do we know that these are really Earth-sized?

Once we have determined that there actually is a planet in orbit around a star, we can determine it's size by seeing how much light from the star it blocks. In short, the bigger the planet, the bigger the dip in starlight. Previously, most of the planets that we'd discovered were about the same size as Jupiter or larger (at least 10 times the Earth's diameter). Yet, in this new release, we see that a majority of these planets are smaller than Neptune (which is about 4 times the Earth's diameter).

Of all the new planets found, four orbit their stars at the goldilocks zone, which is also known as the habitable zone (the distance at which planets could theoretically sustain liquid water and, hence, support life as we know it). But as previously mentioned, life could exist on a variety of planets (or moons) in a variety of ways. In truth, it is entirely possible that most life is not carbon based. Afterall, there are a number of organisms that survive underwater, some (many) even survive inside other organisms, so who knows what life we may find out in space and how this life will survive.

And of course, we must also admit that the only thing that we really know about these planets is that they are about the same size as Earth. Venus is also about the same size as Earth, and trust me, you do not want to go spend a day on Venus. In fact, you would die a very terrible death if you spent just a few seconds on Venus. So being Earth-sized does not mean that a planet it necessarily Earth-like, and neither does being within a star's habitable zone. Still, it does open the door to a number of possibilities, so it is exciting nonetheless. And as previously mentioned, a number of similar announcements are likely on the horizon, so stay tuned...