The Search for Alien Life: How Many Earth-like Planets Are There? 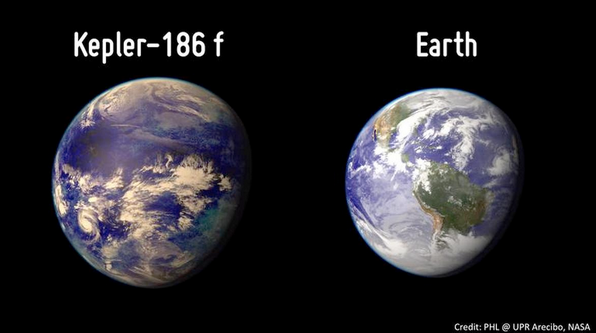 If you don't know, "exoplanets" are planets that exist in solar systems that are not our own. In recent years, there has been a dramatic increase in the number of exoplanet detections. In fact, when I was born, the only known planets were the ones that existed in our solar system.

20 years ago, we didn't know of any exoplanets. We assumed that they were out there, but we didn't have the technology to detect them.

Ultimately, the first discovery wasn't until the mid-90s. And now (just a few decades later), we know of thousands, and we have evidence indicating that there are thousands of others (scientists just need to comb through the data and confirm them).

In the early days of our search for alien worlds, there was only one kind of planet that we were finding, a planetary sub-class that we call "Hot Jupiters." These are large planets, enormous gas giants that are often far larger than Jupiter and orbit excessively close to their parent star. It is this type of exoplanet that is easiest for us to detect, as their larger mass has a greater effect on their parent stars, whether it is gravitationally (causing the star to "wobble") or through blocking the light between the star and us.

(See: How Do We Find Exoplanets).

Increasingly, however, terrestrial planets orbiting farther out from their parent star are being detected, and some  are said to be"Earth-like." Our current technological limitations make it very difficult to determine how "Earth-like" these exoplanets are. Do they have water? What is their average temperature?

So, just how many Earth-like worlds are there? Well, the universe is a rather big place. And it turns out that it is full of smallish worlds like ours.

For example, in 2013, Kepler observed just a tiny portion of the sky (about .28 percent). The telescope was able to observe only 3,000 light-years away, studying less than 5 per cent of the stars in its field of view. However, based on what it found, scientists estimated that the Milky Way alone contains 15 to 30 billion Earth-like worlds.

So what does this mean? Well, more recent estimates have bumped up the numbers a bit. Some scientists asset that there may be 40 billion Earth-sized planets in habitable zones of sun-like or red dwarf stars. Now then, scientists estimate that there are some 100 billion to 200 billion galaxies in the universe. Assuming that thee estimates are accurate, is we assume that  the average galaxy has roughly the same number of Earth cousins as the Milky Way (keep in mind, galaxies range in size, some are much smaller than our own, but some are also much larger, then the chance that Earth is the only planet with life is something like 1 in 6 sextillion.

(it's a pretty big number.)

Of course, the actual habitability of the Milky Way is far more dynamic than simply finding a rocky planet, roughly Earth mass, located within its stars habitable zone. A quick look around our solar system points to another source of prospects to find life: Moons. There are moons within our solar system (such as Europa, with its sub-glacial oceans, or Titan ,with its liquid methane lakes) that may harbor life. However, in the latter case, it would likely not be "life as we know it," but "life as we don't know it"—that may be methane, instead of carbon, based.