This Is the Science of Pleasure 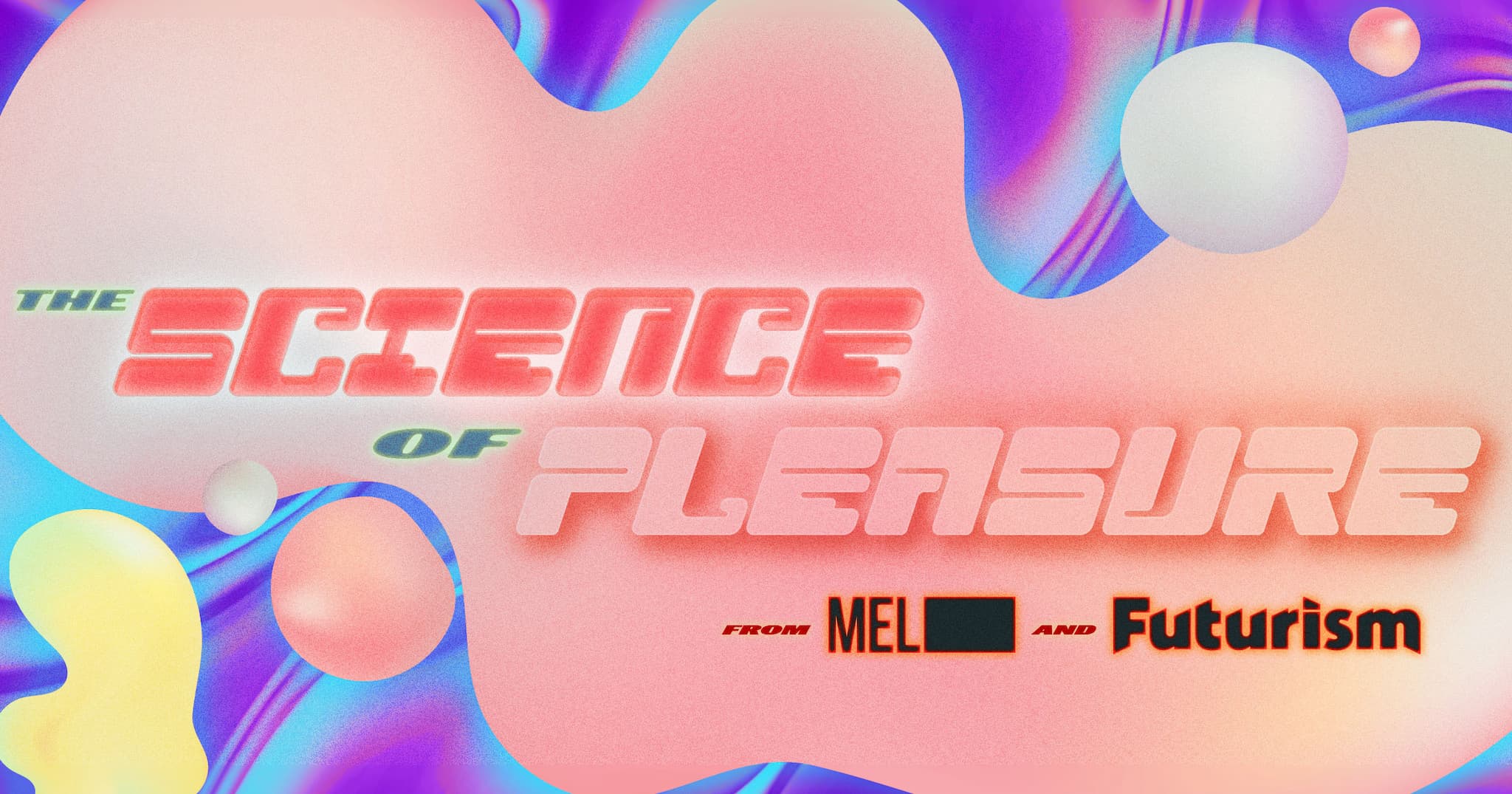 “Fear not lest precautions and protective contrivances diminish your pleasure: mystery only adds thereto.”

This week, we’re pleased to bring you a different version of Futurism, containing stories from the horizon of hedonism: Welcome to The Science of Pleasure. In collaboration with our sister site MEL Magazine, this week, both MEL and Futurism will be bringing you stories from both publications about the highs and pleasures and edges (or edging) of tomorrow, today.

To see everything in The Science of Pleasure series, check back here, as we'll be updating this page each week with new stories. If you don't wanna do that, you can always sign up for MEL's fantastic newsletter and follow them on Twitter and Facebook, where they'll be dropping all their stories from this thing.

Also, don't forget: Futurism has a free newsletter, too, and if you're missing out on it, you'll be missing out on all of our side of this thing, and the rest of the most cutting-edge news on the emergent science and technology stories of the day, as they happen, to say nothing of our Twitter and Facebook. And here's what we've published so far:

Who Killed the "Female Pleasure Button"?

With GABA, There's an Entirely New Way to Look at Pleasure in the Brain

Where in my Brain Is my Spank Bank?

What are the Ethics of an Implant That Delivers Pleasure Directly Into Your Brain?

Can CRISPR Engineer a Species of Men With Honkin' Dicks

The Physiology of the Fabled "Double Nut"

We Need to Talk About Gay Sex in Space

To Hack the Brain's Pleasure System, You Have to Conquer Fear

Could We Gene Hack Ourselves to Be Blissed Out Sex Maniacs, Like Our Distant Cousins the Bonobos?

How Dense and Hard Can the Densest, Hardest Boner Be?

What If You Went Back in Time and Fucked Yourself?

Read This Next
Great Apes
Could We Gene Hack Ourselves to Be Blissed Out Sex Maniacs, Like Our Distant Cousins the Bonobos?
More on Enhanced Humans
Brain-Computer Im...
Jan 3 on the byte
Neuralink Cofounder Says New Company's Eye Implant Could Be "Ultimate" VR Tech
Eyes Have It
12. 30. 22 on futurism
Meet the Neuralink Cofounder Who Left and Started a Competitor That's Now Rapidly Catching Up
Butcher Shop
12. 6. 22 on futurism
Neuralink Employees Admit Company Has Killed 1,500 Animals So Far
READ MORE STORIES ABOUT / Enhanced Humans
Keep up.
Subscribe to our daily newsletter to keep in touch with the subjects shaping our future.
+Social+Newsletter
TopicsAbout UsContact Us
Copyright ©, Camden Media Inc All Rights Reserved. See our User Agreement, Privacy Policy and Data Use Policy. The material on this site may not be reproduced, distributed, transmitted, cached or otherwise used, except with prior written permission of Futurism. Articles may contain affiliate links which enable us to share in the revenue of any purchases made.
Fonts by Typekit and Monotype.