What Are the Ethics of an Implant That Delivers Pleasure Directly Into Your Brain?

"I mean everyone's got wants and needs. Some people may go farther for whatever it may be." 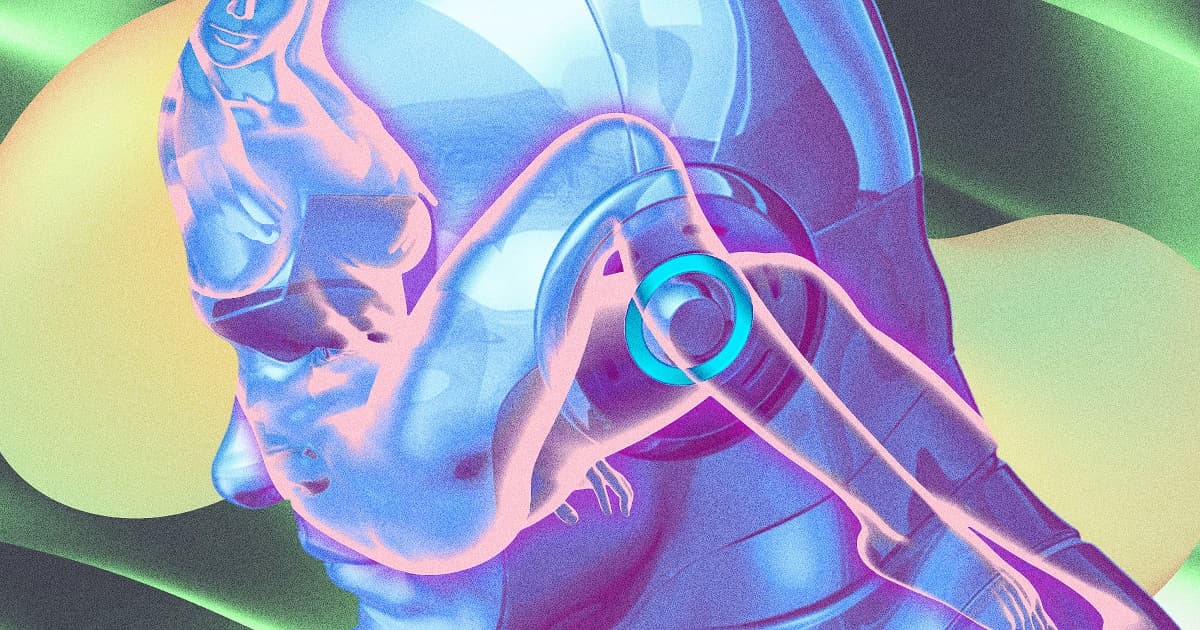 A growing number of scientists believe that a sort of "feel-good button" — a device that can be implanted into your brain and automatically trigger feelings of pleasure — could become reality in the surprisingly near term future.

In fact, some research, largely stemming from clinical or medical experimentation, indicates that the controversial tech is already on its way here. And multiple experts, including some of the scientists conducting those studies, told Futurism that they think that neural stimulation done purely for recreational purposes will not only be possible but that it'll be a hit with the public. But as these technologies become possible, a big question remains: should they?

"There are people recreationally using electrical stimulation in several ways," University of Michigan biomedical engineer Tim Bruns told Futurism. "It may or may not be recreational, but people are doing stuff off-label to themselves now."

"Are we going to see commercials on TV or products on the shelf?" he asked. "I think so."

Bruns conducted several landmark studies that used electrical stimulation on specific nerves in order to treat and improve bladder function. But he soon realized that those exact same stimulations — both near the bladder itself and, mysteriously, on the ankle — also seemed to treat sexual dysfunction disorders that make it difficult to experience arousal, especially in women.

And once he or someone else — though probably him, since it's a small research community given how hard it is to secure funding for female sexual function research unless a spinal cord injury is involved — gets to pursue clinical studies and improve the safety and efficacy of such a device, Bruns and his colleagues suspect that a recreational, consumer-friendly version won't be far behind.

"You can find many neurostimulation devices on Amazon. Some will make you stronger, relieve your pain, help you lose weight, and some will even make you smarter," Weber, who was Bruns' former postdoctoral adviser, added. "I do not own any of these devices. But I do expect that neurostim devices will be developed, probably in the next two decades, that will offer real and valuable benefits to consumers."

Of course, the mind wanders to sex. But pleasure derived from electrical stimulation can take many forms, whether it's being massaged by powerful electrical impulses on your muscles, the dopamine boost from using technology that could make you faster, stronger, and smarter, or — tantalizingly — an electrical probe deep in your brain that simply makes you happy.

For example, scientists recently treated a patient's severe depression with a neural implant that zaps her brain 300 times per day and, she says, has allowed her to spontaneously laugh and feel joy for the first time in years. Of course, the treatment requires an electrode implanted deep into the brain, which currently reserves it for the most extreme medical cases — but as brain interface tech inexorably becomes more advanced and widely available, there's no reason such a device couldn't become a consumer gadget as well.

At the research's current rate of trajectory, experts told Futurism, the tech could conceivably hit the market in just a few years. But what we don't know is what it will mean for us, psychologically as individuals and sociologically as a society, when we can experience genuine pleasure from the push of a button. And all those questions become even more complex, of course, when applied to the messy world of sex.

"A big question that remains unanswered is whether sextech will ultimately become a complement to our sex lives or a substitute," Kinsey Institute research fellow Justin Lehmiller, an expert on sex and psychology, told Futurism.

"While it's easy to imagine how this kind of sextech could benefit people with disabilities or sexual difficulties, there are some concerns," Lehmiller added. "For example, if you had access to a device that could give you instantaneous orgasms, would you approach sex differently? How will this affect intimacy?"

What the experts who spoke to Futurism agreed on is that this sort of technology is likely going to become popular, whether or not it's a good idea. That means that these are important conversations to have now, before the improvements in electrode size, battery strength, and implant safety that will be necessary for creating a consumer device fall into place.

Because, for better or for worse, people will always use medically-derived technology in ways that its creators didn't intend for them to.

"I mean everyone's got wants and needs," Bruns told Futurism. "Some people may go farther for whatever it may be."

He compared the idea of a consumer-friendly feel-good button to people taking Viagra off label. Bruns doesn't necessarily think it'll be a disaster, but he does think it'll happen soon. He also thinks that as better medical devices emerge, it will be easy for companies to build consumer gadgets and for the public to accept them.

"People are also getting more comfortable with inserting tech into their bodies in general when you think about things like pacemakers, contraceptive implants, and insulin implants," Lehmiller said, "so the more that people get comfortable with this kind of thing, the more likely it is that they’ll be open to other possibilities that emerge."

Human connection is, to put it extremely mildly, important. And as technology like a feel-good button becomes feasible, safe, and popular, people may be at a greater risk of turning inward, of pressing a button to feel good — like a cocaine-addicted rat in a psychological study — instead of forming connections with others and the world around them.

That could, in theory, be disastrous for public health and raise ominous questions about who's responsible for well-being: the individual, the company implanting recreational neural technology into their bodies, or the regulatory agencies that will be stepping in to regulate brain tech like they do with drugs today.

Or maybe there won't be a problem at all. Research, after all, has shown that even rats prefer social connection to heroin. In other words, maybe new frontiers of pleasure-seeking tech won't be a problem if we build a society in which people can dabble safely while their basic needs are met.

More on recreational neural stimulation: Expert: In the Future, Spine Implants May Cause Orgasms on Demand