The Science Behind Carbon Dating 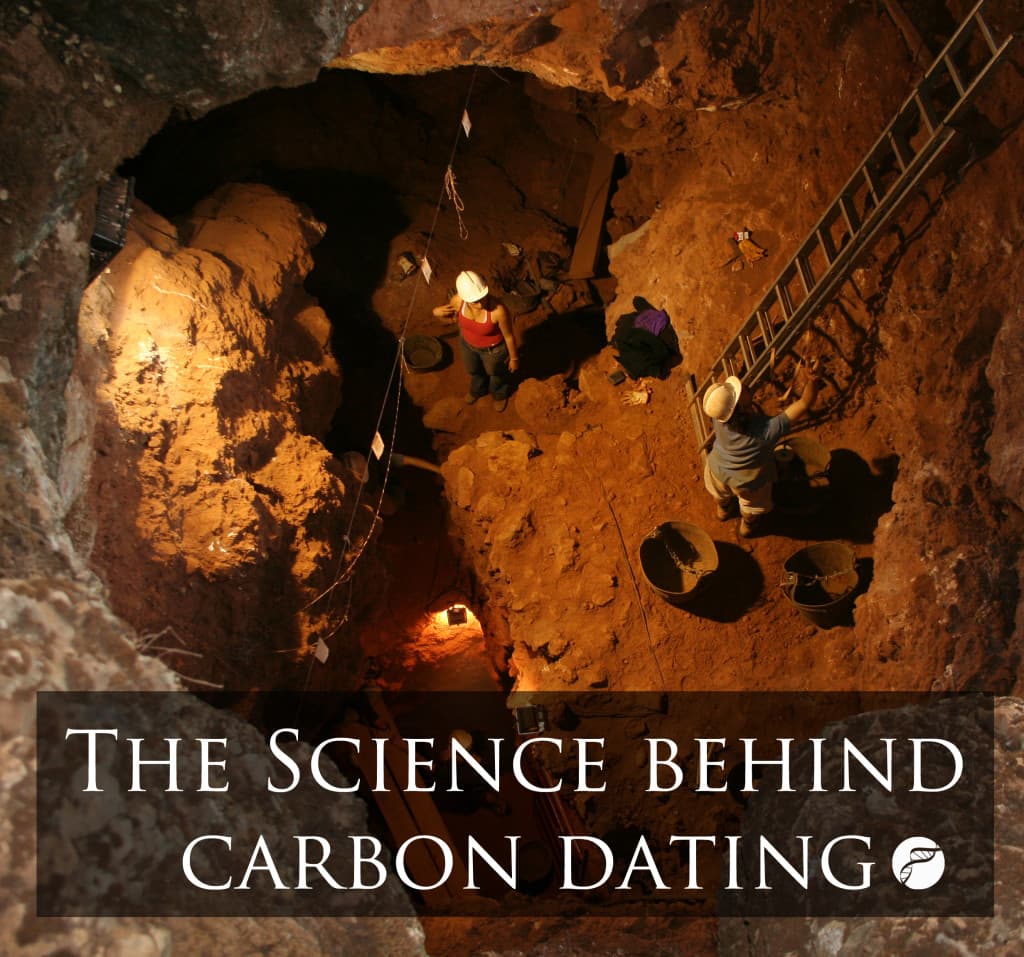 When researchers find a bone or artifact, how do they know how old it is?  While there are a number of answers to that question, most of which depend largely on the age and surroundings of the item, carbon dating is surely one of the most important.  The physics, chemistry, and biology, behind carbon dating is absolutely fascinating and worth knowing.  I'll outline a few key points below.

Step 1 - Stars burp all over the atmosphere.

Earth is constantly being bombarded with cosmic radiation, which are highly energetic, charged particles that originate from stellar disturbances, like solar flares and supernovae.  Some of these particles collide with atmospheric nitrogen and knock off one of its protons.  What do you get when you subtract one proton from nitrogen?  Carbon!  But not any old carbon - you get a radioactive form called carbon-14 (the number '14' is the number of protons and neutrons the isotope has).

It is wondrous to consider that almost all of the mass of plants is from condensed air.  During photosynthesis plants turn carbon dioxide into sugar. Some of those sugars are made into long chain molecules like cellulose, which makes up most of the woody, pulpy portion of trees and plants. Carbon dioxide gas also dissolves in water, sometimes forming carbonic acid.  This is a concern because as the global CO2 levels increase, so does the acidity of rain, the ocean, and freshwater.

You and all other animals are made up of carbon fixed by plants (and nitrogen fixed by bacteria!).  So, if some of that carbon  from plants/water is radioactive, so are you!

This is important.  For carbon-14 radiometric dating to be accurate, a fossil or artifact must be buried to avoid exposure to recently fixed radioactive carbon.

For reasons that physics doesn't fully understand, atoms like to have very particular ratios of neutrons to protons.  If they aren't in a happy ratio, they decay and give off particles or radiation until they are in an optimal ratio of neutrons to protons.  For carbon-14, it gives off an electron and an antineutrino forming stable nitrogen.  Radioactive samples, like carbon-14, decay at very predictable and measurable rates.

The term 'half-life' refers to the amount of time it takes for half of a sample's radioactive isotopes to turn into a stable isotopes.  We can determine the half life of an isotope by measuring how much radiation a sample produces over a given time period from a known number of radioactive atoms.

Limestone (calcium carbonate) can introduce much older carbon to a sample giving it the appearance of age.  Also, solar flare cycles and cycles in the protective magnetosphere affect how much radioactive carbon is produced in the atmosphere, but these have been relatively constant within the range that carbon dating is accurate (about 60,000 years ± 2,000 years).

Step 8 - Compare a sample's ratio of radioactive to non-radioactive isotopes.