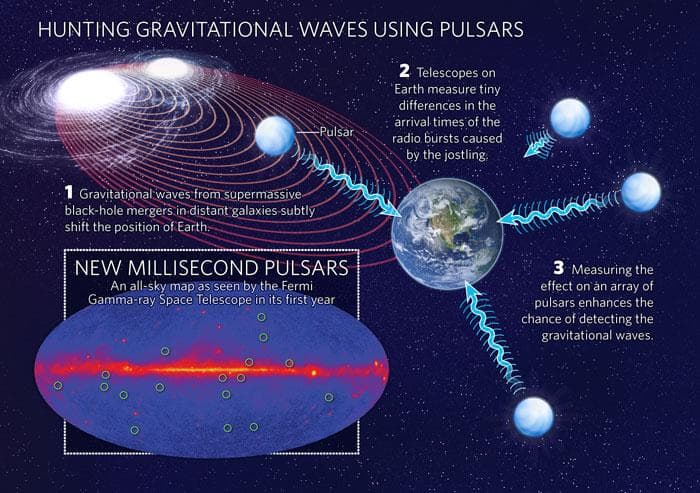 Jacques Cousteau once said, “What is a scientist after all? It is a curious man looking through a keyhole, the keyhole of nature, trying to know what’s going on.” The scientists working at the Laser Interferometer Gravitational-Wave Observatory (LIGO) have a similar attitude when it comes to the quest for gravitational waves. This unusual theoretical phenomenon was originally predicted by Einstein in the same 1916 paper that gave us Einstein’s theory of general relativity.

A gravitational wave is a ripple in the fabric of spacetime. They are hypothetically created by large gravitational disturbances, kind of like waves in a pond; a better analogy might be to compare them to electromagnetic waves.

Gravitational waves, though weaker than its electromagnetic counterpart, have the advantage that they can pass through other matter without being significantly affected. Because of this, gravitational waves may help us to answer questions about the basic construction of the universe.

See the below infographic from space.com for more information on how they work and why they are important. And an image from Nature on how we might detect them.