The Olympics and the Space Shuttle Atlantis 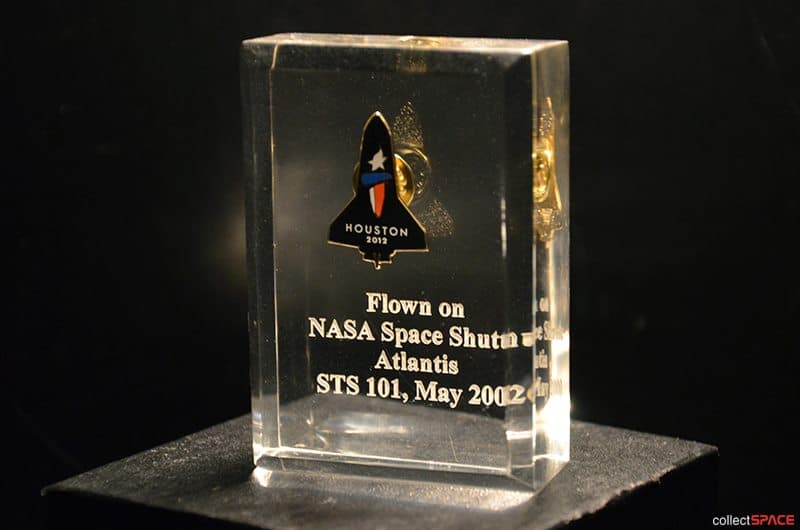 With the 2014 Olympic Games looming on the horizon, the world is preparing to display their national pride as they watch their best athletes compete. Of course, memorabilia surrounds the Olympics just like any other large event of this type. It is now that I want to draw your attention to STS-101, a mission featuring the space shuttle Atlantis and the first Olympic memorabilia to venture into the final frontier.

The STS-101 mission, which took place a few months before the start of the 2000 Summer Olympics, carried souvenirs of the 2000 Summer Games by carrying a replica of the torch and an Olympic banner to the space station, representing the international nature of these games.

The Atlantis crew also carried a pack of souvenirs for the 2012 Olympic Games, though, instead of taking place in London. These mementos described Houston as the hosting city for these games. This is because, in 2000, Houston was in the running to host the Olympics, but eventually lost to New York, which eventually lost to London.

Now, why did the crew have these keepsakes to start with? On every shuttle mission, the crew carries a small bag filled to capacity with memorabilia. This bag is called the Official Flight Kit (or OFK). It offers NASA employees and supporting organizations the opportunity to launch keepsakes into space, giving NASA a very unique way of saying ‘thank you’.

On this particular flight, the OFK contained a thousand lapel pins from the Houston 2012 Foundation. The pins (one is pictured here) are in the shape of the space shuttle, engraved with the stylized Texas flag unique to the Huston Foundation and the words “Houston 2012”. These pins traveled a distance of 4.1 million miles while on board Atlantis and eventually circled the Earth 155 times. Upon returning to the ground, most of the pins were put into these acrylic cases, which simply read, “Flown on NASA Space Shuttle Atlantis STS 101, May 2000”.

Collecting Olympic Pins is a hobby of many and it brings enthusiasts together from all over the world, allowing them to be amazed at each other’s treasures (and, maybe even trade for a few). These pins, even though they missed their chance to be part of the London memorabilia scene, are still a hot commodity among collectors – after all, collectors love rare objects with a fascinating stories.