The Milky Way by Royce Bair 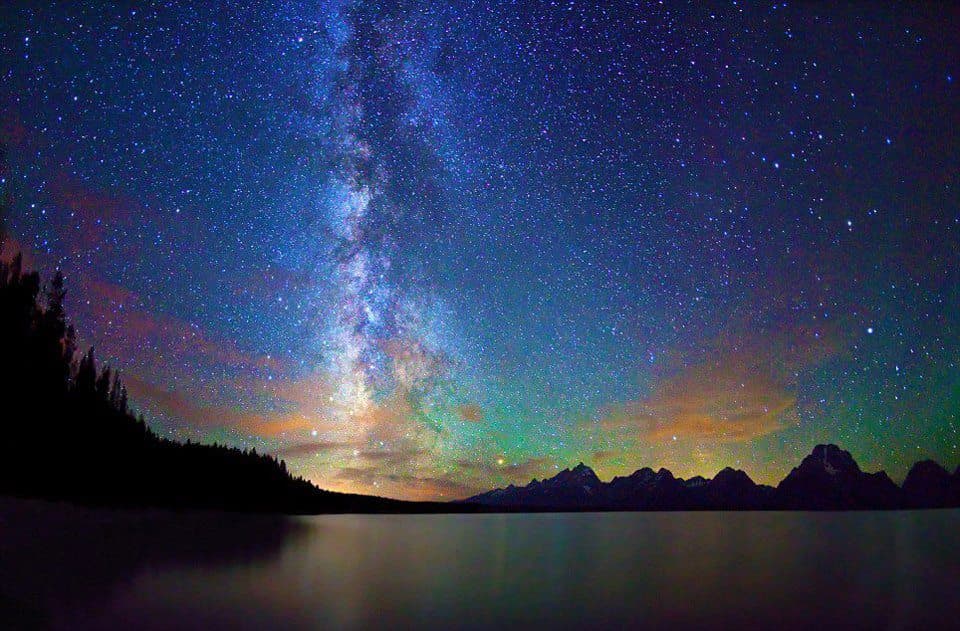 This image was taken by Royce Bair at the Grand Teton National Park. The Milky Way is the most prominent feature of the night sky, positioned perpendicular to Jackson Lake. Other than the Milky Way, I can’t immediately identify any of the other objects seen in this picture.

The orangeish glow you see reflected on the clouds and in the distance looks like a natural wonder, but it is the result of a ‘nearby’ city. The greenish glow is probably air glow.  Basically, this phenomenon is caused as atoms in Earth's upper atmosphere recombine after having been struck by the Sun's high-energy radiation during the day.

Royce states on his website that his nightscapes are usually obtained by a single exposure, usually less than thirty seconds, and has very little correction with photoshop.