An Amusing Encounter with a Rare Parrot (video) 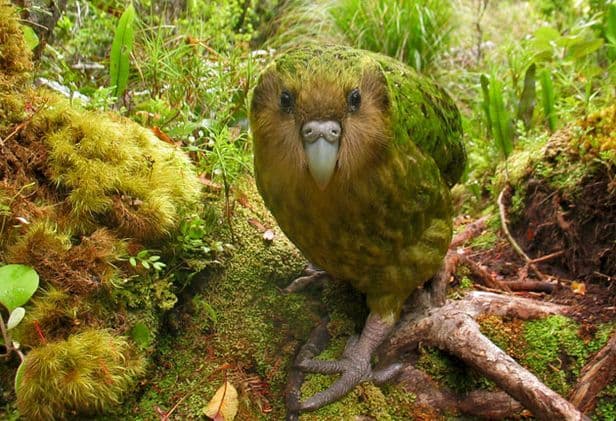 The quest to preserve endangered species is often a long, difficult, and depressing process. Sadly, many times, even the most carefully orchestrated conservation efforts can fail. This is a serious concern for conservationists working to save the kakapo. Currently, there are fewer than 150 of these beautiful birds left on the planet. Habitat destruction and hunting have led to the decline of the species. Humanity's introduction of foreign predators (like cats) has compounded the problem and could ultimately lead to the kakapo's extinction.

One of the most important parts of successful conservation efforts is understanding the endangered specie's method of reproduction. Most zoologists take the "hands-off" approach to understanding animal reproduction (i.e., they sit back and watch as nature runs its course). However, zoologist Mark Carwardine, who is working with the kakapo, prefers to have a more...active role.

The kakapo is the world's only flightless parrot, and they are also said to be extremely sociable and friendly (as you could probably tell from the video). When taken in as pets, scientists often describe them as being akin to dogs. They are also thought to be the longest lived parrot species, as they can thrive in the wild for more than 90 years. Want to know how you can help these amazing creatures? Head here.