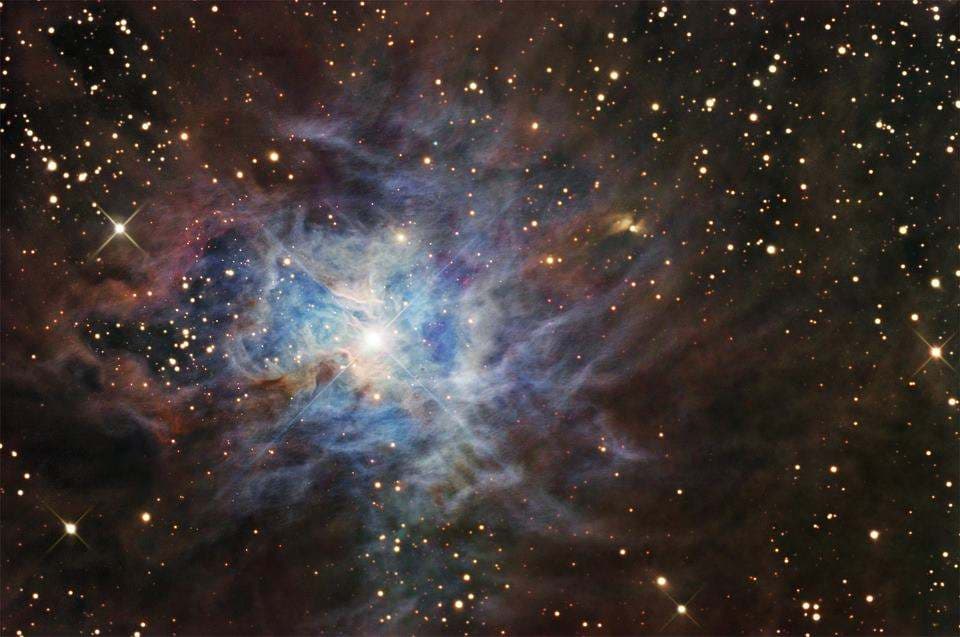 The spaces between stars and alien solar systems are not a perfect vacuum. Instead, lurking between the stars and galaxies are thin amounts of dust filaments and (mainly hydrogen) gas. Over a large span of time, these gas and dust clouds eventually collect into pockets, forming huge clouds that are so large, light takes hundreds of years to travel from one end of the cloud to the other.

This is one such cloud, which is known as the Iris Nebula. It's easy to see where it got its name as it appears to be blooming like so many flowers do in early spring-time. The Iris Nebula (formally known as NGC 7023 or Caldwell 4) is a bright reflection nebula, which lies about 1,300 light-years from Earth in the constellation of Cepheus and may extend around 30 light-years across.

At the heart of NGC 7023 is a cluster of stars, but none as bright and reflective as LBN 487, which can be seen in the center. It's located near two stars. One of which, shines at a magnitude of +6.8 whilst the other has a magnitude of +3.23.