Li-Fi would have many advantages, including offering more security than traditional Wi-Fi. 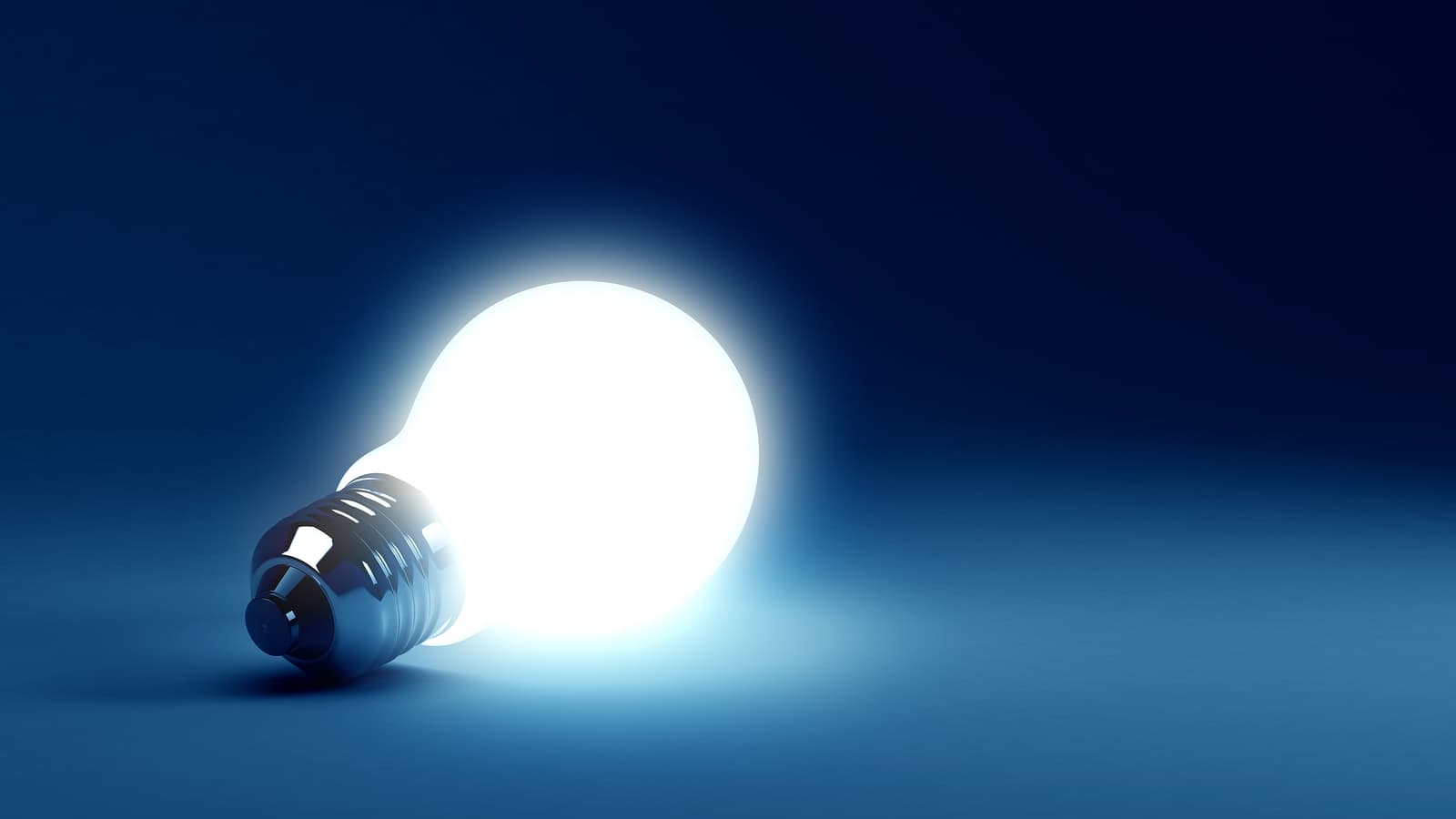 The tungsten lightbulb has served well over the century or so since it was introduced, but its days are numbered now with the arrival of LED lights, which consume a tenth of the power of incandescent bulbs and have a lifespan 30 times longer. Potential uses of LEDs are not limited to illumination: smart lighting products are emerging that can offer various additional features, including linking your laptop or smartphone to the internet. Move over Wi-Fi, Li-Fi is here.

Wireless communication with visible light is, in fact, not a new idea. Everyone knows about using smoke signals on a deserted island to try to capture attention. Perhaps less well known is that, in the time of Napoleon, much of Europe was covered with optical telegraphs, otherwise known as the semaphore.

Alexander Graham Bell, inventor of the telephone, actually regarded the photophone as his most important invention, a device that used a mirror to relay the vibrations caused by speech over a beam of light.

In the same way that interrupting (modulating) a plume of smoke can break it into parts that form an SOS message in Morse code, so visible light communications–Li-Fi–rapidly modulates the intensity of a light to encode data as binary zeros and ones. But this doesn’t mean that Li-Fi transceivers will flicker; the modulation will be too fast for the eye to see.

The enormous and growing user demand for wireless data is placing huge pressure on existing Wi-Fi technology, which uses the radio and microwave frequency spectrum. With exponential growth of mobile devices, by 2019 more than ten billion devices are expected to exchange around 35 quintillion (1018) bytes of information each month. This won’t be possible using existing wireless technology due to frequency congestion and electromagnetic interference.

The problem is most acutely felt in public spaces in urban areas, where many users try to share the limited capacity available from Wi-Fi transmitters or mobile phone network cell towers.

A fundamental communications principle is that the maximum data transfer possible scales with the electromagnetic frequency bandwidth available. The radio frequency spectrum is heavily used and regulated, and there just isn’t enough additional space to satisfy the growth in demand. So Li-Fi has the potential to replace radio and microwave frequency Wi-Fi.

The visible light spectrum has huge, unused, and unregulated capacity for communications. The light from LEDs can be modulated very quickly: data rates as high as 3.5Gb/s using a single blue LED or 1.7Gb/s with white light have been demonstrated by researchers in our EPSRC-funded Ultra-Parallel Visible Light Communications program.

Unlike Wi-Fi transmitters, optical communications are well-confined inside the walls of a room. This confinement might seem to be a limitation for Li-Fi, but it offers the key advantage that it is very secure: if the curtains are drawn, then nobody outside the room can eavesdrop. An array of light sources in the ceiling could send different signals to different users.

The transmitter power can be localized, more efficiently used, and won’t interfere with adjacent Li-Fi sources. Indeed the lack of radio frequency interference is another advantage over Wi-Fi. Visible light communications is intrinsically safe, and could end the need for travelers to switch devices to flight mode.

A further advantage of Li-Fi is that it can use existing power lines as LED lighting so no new infrastructure is needed.

Lightening the Burden of the Internet of Things

The internet of things is an ambitious vision of a hyper-connected world of objects autonomously communicating with each other. For example, your fridge might inform your smartphone that you have run out of milk, and even order it for you. Sensors in your car will directly alert you though your smartphone that your tires are too worn or have low pressure.

Given the number of “things” that can be fitted with sensors and controllers, then network-enabled and connected, the bandwidth needed for all these devices to communicate is vast. Industry monitor Gartner predicts that 25 billion such devices will be connected by 2020, but given that most of this information needs only to be transferred a short distance, Li-Fi is an attractive–and perhaps the only–solution to making this a reality.

Several companies are already offering products for visible light communications. The Li-1st from PureLiFi, based in Edinburgh, offers a simple plug-and-play solution for secure wireless point-to-point internet access with a capacity of 11.5 Mbps–comparable to first generation Wi-Fi. Another is Oledcomm from France, which exploits the safe, non-radio frequency nature of Li-Fi with installations in hospitals.

There are still many technological challenges to tackle but already the first steps have been taken to make Li-Fi a reality. In the future your light switch will turn on much more than just illumination.

Read This Next
Brands We Love
Build Websites With Minimal Code With A Flux 7 Lifetime Subscription
Futurism
Japanese Researchers Unveil Tiny, Floating, "Firefly" Light Called Luciola
Futurism
Laser-Delivered Internet Could be a Game Changer for Millions of Indian Citizens
Futurism
Microsoft and Facebook's 4,000-Mile-Long Subsea Cable Has Been Completed
Futurism
Google Wants to Make the Internet Faster. Here’s How.
More on Robots & Machines
From the Dept. of...
12:00 AM on futurism
The Best Desks of 2023
Balloon Pop
Feb 4 on the byte
Footage Shows Chinese Balloon Being Shot Down
From the Dept. of...
Feb 2 on futurism
The Best Mini Fridges of 2023
READ MORE STORIES ABOUT / Robots & Machines
Keep up.
Subscribe to our daily newsletter to keep in touch with the subjects shaping our future.
+Social+Newsletter
TopicsAbout UsContact Us
Copyright ©, Camden Media Inc All Rights Reserved. See our User Agreement, Privacy Policy and Data Use Policy. The material on this site may not be reproduced, distributed, transmitted, cached or otherwise used, except with prior written permission of Futurism. Articles may contain affiliate links which enable us to share in the revenue of any purchases made.
Fonts by Typekit and Monotype.