The History of the Voyager Program 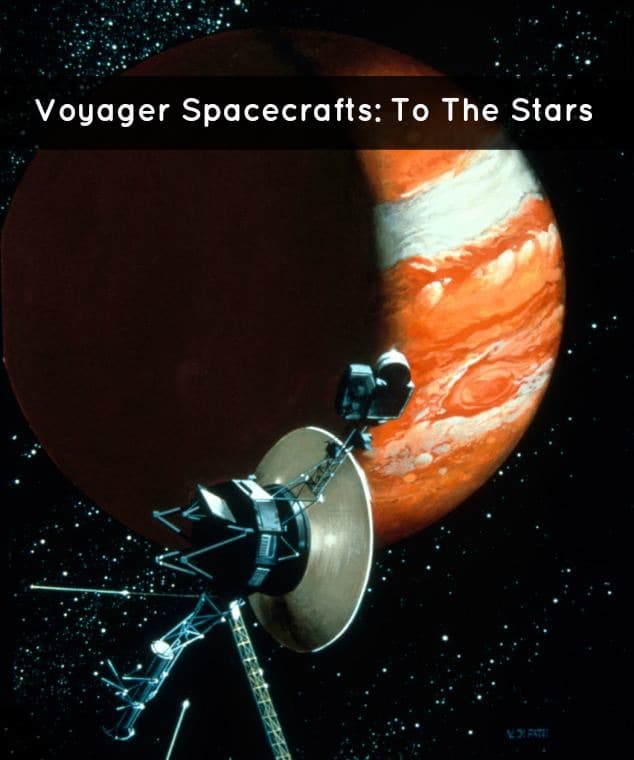 It is my humble opinion that the Voyager Spacecrafts, the ones that gave us the famous image of Earth suspended in a sun-beam, are one (err two?) of the most impressive feats of human technology. Not only were both manufactured using the comparably remedial technology of the 70's (when the space-race had started to die down), but said technology has survived in the harsh vacuum of space for almost 40 years, still able to communicate with us stationed here on Earth.

One of the biggest news stories (emphasis on 'stories' since the debacle came up at least half a dozen times between 2012 and 2013) of 2013 was when the scientific community finally agreed that Voyager 1 had broken past the heliosheath on the outskirts of the solar system and had finally entered interstellar space. This, of course, got me thinking about the spacecrafts themselves and their history. So I figured I would touch down on the basics.

The Voyager program began as an extension of the Mariner program, which were conceived in the 60's to explore the inner solar system, but the plans were changed as a result of a chance alignment of the outer planets, ultimately giving the team an opportunity to launch the probes to visit them exponentially more quickly than usually possible. They discovered that the alignment of the four outer-planets would allow the spacecraft to slingshot around the four planets, using the immense gravitational pull of each planet to reach the appropriate velocities to avoid having to capitalize usage of the on-board propulsion systems.

Using this so-called "gravity assist" technique (which has been used several times since in different capacities), the traveling time to reach Neptune was reduced from the normal 30 years, down to 12. Given the fact that this alignment would not occur again for at least 175 years, it was an opportunity we would've been stupid to pass up on.

After this news came to light, the mission morphed into something entirely different from the original Itinerary, the spacecrafts were set to make the first up-close observations of the icy giants of the outer solar system. That's exactly what they did too. Not only are the Voyager probes responsible for the only detailed images of the planets, but they also provided most of the information now known about the planets.

After its primary objective was accomplished, JPL decided both spacecrafts were still in good enough condition to travel onward, on their way into interstellar space -- something one of them is still traveling toward as we speak. At the moment, Voyager 1 has traveled about 12 billion miles from Earth (traveling at approximately 38,000 MPH). Its instruments are still in great working order, with scientists speculating that the on-board system should still be functional for another 10 to 20 years. Whilst Voyager 2 is located more than 8 billion miles from Earth, traveling at the slower speed of 33,500 mph.

Even at these speeds, it will take 300,000 years for Voyager 2 to come within 4.3 light-years of Sirius, which is about 8 light-years from Earth. Voyager 1, on the other hand, will come within 1.6 light-years (9.3 trillion miles) of AC+79 3888, one of the closest stars to the sun, in a similar time frame. Basically: Space is really, REALLY big.

Now; one of the other things the Voyager probes are known for (other than Sagan's "Pale Blue Dot" image and the wealth of information about Uranus and Neptune) are the golden disks attached. These special golden disks were created to travel along with them into interstellar space. The contents of the said disks were selected by a NASA committee that again, was led by Carl Sagan. Together, they chose 116 various images of Earth, Earth's people, our animals and a variety of natural sounds such as those made by wind, thunder and animals like song birds and whales. They also added a collection of music by artists such as Beethoven, Mozart, Stravinksy and Blind Willie Johnson and spoken greetings in 55 different languages.

Attached to the records, some information of scientific importance was relayed. Some of these included information about the mathematical and physical qualities our solar system and its planets, along with the location of our solar system in respect to 14 pulsars, whose precise pulsation periods are given.

Also attached to both is a plaque containing a few words from President Jimmy Carter. It says: "This is a present from a small, distant world, a token of our sounds, our science, our images, our music, our thoughts and our feelings. We are attempting to survive our time so we may live into yours."

I think that says it all.