The Death of a Galaxy 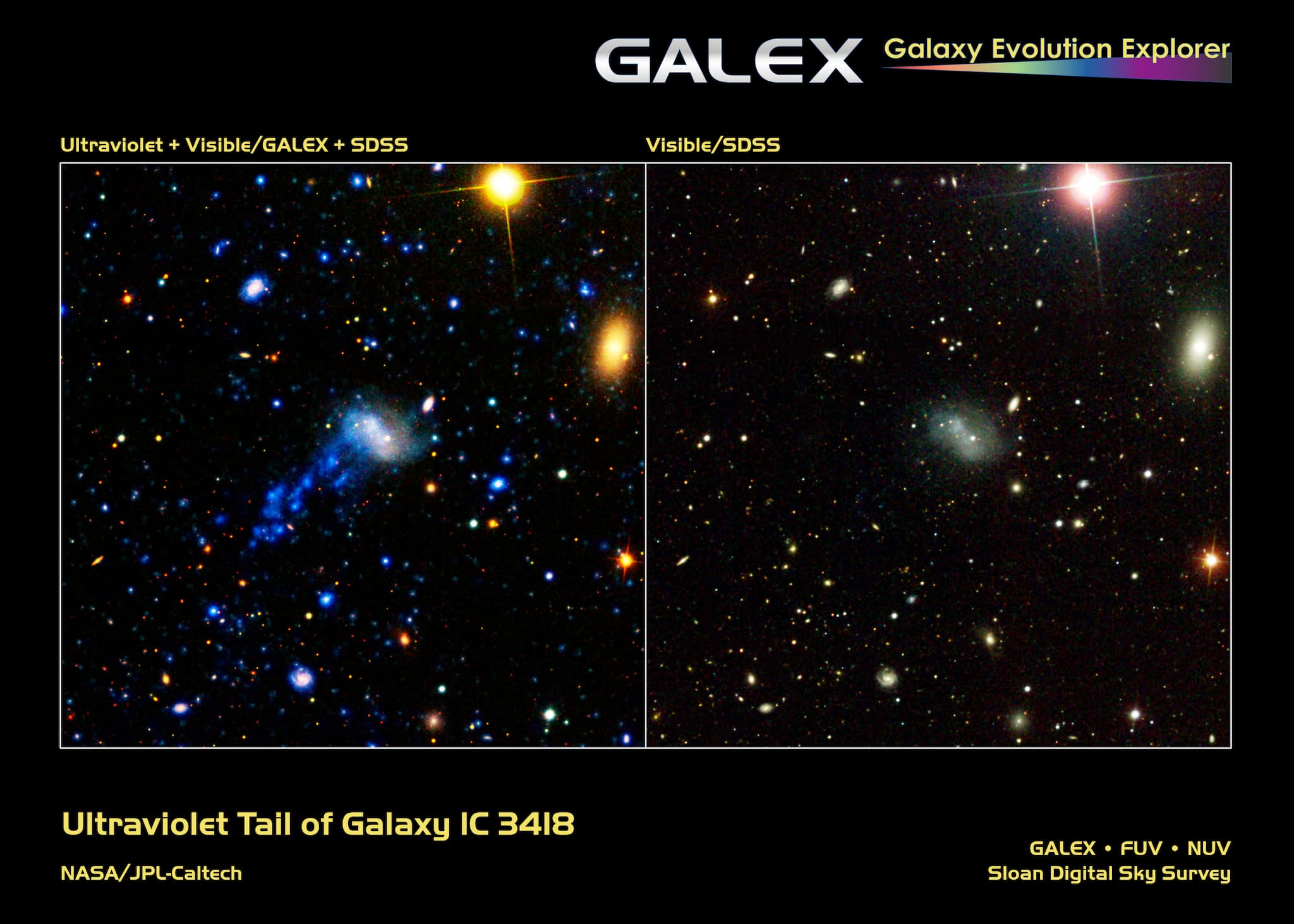 Death is an unavoidable part of nature – everything eventually experiences it from cells, to our pets, to us, to ecosystems, to planets, and even galaxies. Scientists have yet to catch a galaxy in the act of dying – until now.

IC3418 is a dwarf galaxy located within the Virgo Supercluster and appears to be crossing from life to death. Jeffrey Kenney from Yale University, explained, “We think we’re witnessing a critical stage in the transformation of a gas-rich dwarf irregular galaxy into a gas-poor dwarf elliptical galaxy – the depletion of its lifeblood. Until now, there has been no clear example of this transformation happening.” Dwarf elliptical galaxies are a subset of the universe’s most abundant type of galaxy, but it’s origins have eluded astronomers. IC3418 offers to shed some light on that mystery.

To measure the activeness, or life, of a galaxy, astronomers look at its star formation. Many of the galaxies we see in the universe – including our own Milky Way – are active star-forming galaxies; some more active than others. There are still a large number of galaxies that have run out of gas with which to make new stars and are thus considered to be lifeless.

Scientists estimate that IC3418 essentially ran out of gas around 250-million years ago. There is little evidence of recent star-formation seen in some fireball structures seen around the galaxy, but these are likely due to the affects of “ram pressure stripping” and signal the galaxy's death throes. Due to internal gas pressure in the galactic nucleus, material is blown away – this material undergoes star formation, but it isn’t sustainable.

Astronomers have been eyeing IC3418 for quite some time now and have theorized it’s undergoing ram pressure stripping in addition to hypothesizing the galaxy being on the brink of death. This newest study, titled “Transformation of a Virgo Cluster Dwarf Irregular Galaxy by Ram Pressure Stripping: IC3418 and its Fireballs,” spearheaded by Kenney, has thrown more evidence into the mix.